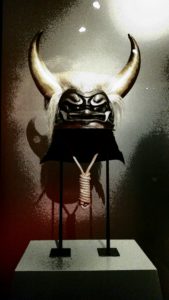 Just eleven days ago, I presented at the 6th annual Jefferson County Senior Law day. No fewer than three of the sixteen topical presentations concerned preventing or combatting elder financial abuse. It is on everyone’s minds as the scammers and predators continue to devise ways to relieve elders of their retirement savings.

But elder abuse isn’t just of a financial or transactional nature.  Today’s post is about the World Elder Abuse Awareness Day (WEAAD).  Yes, WEAAD is on Facebook – check out their page here.

Elder abuse can take a number of forms and while some of it often has characteristics common the domestic violence, working with elder victims of abuse has a unique skill set.  The National Clearinghouse on Abuse in Later Life has links to webinars and other information available here on raising awareness about elder abuse and promoting dignity across the lifespan.

According to the United Nations, which established World Elder Abuse Awareness Day in General Assembly Res. 66/127, the global population of people aged 60 years and older will more than double, from 542 million in 1995 to about 1.2 billion in 2025.

Did you know there is proposed federal legislation on this topic? Read more about the Elder Abuse Victims Act of 2016 here.  While it has a very slim chance of passage, its third introduction in the house provides the following as its full title, written by its sponsor Peter King (R. N.Y.):

To better protect, serve, and advance the rights of victims of elder abuse and exploitation by establishing a program to encourage States and other qualified entities to create jobs designed to hold offenders accountable, enhance the capacity of the justice system to investigate, pursue, and prosecute elder abuse cases, identify existing resources to leverage to the extent possible, and assure data collection, research, and evaluation to promote the efficacy and efficiency of the activities described in this Act.

Raising awareness about elder abuse is a community effort! Watch this sixteen minute and emotionally powerful video about confronting elder abuse in America on the National Council on Aging’s “Elder Justice Now Campaign” page – it gives a face to victims of elder abuse.  I count myself among those who aspire to old age one day, and I believe it is up to us to take measures now to ensure that elders in our community command respect and dignity and are protected from exploitation and abuse from opportunists and predators.