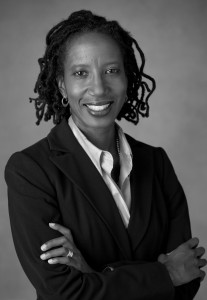 This is a guest post by my friend and elder law colleague, Ayo Labode.

Filial –  filial |ˈfilēəl; ˈfilyəl| Adjective, of or due from a son or daughter : a display of filial affection.

“Filial responsibility” in this context refers to legislation in thirty states that establish a duty for adult (nonindigent) children to care for their elderly parents.  These statutes derive from the England’s Elizabethan Poor Relief Act of 1601.  Under the poor laws relatives were the primary source of support for family members although limited public assistance was available for those unable to support themselves or their relatives.  Modern filial responsibility laws are based on the reciprocal contract theory:  one has a moral responsibility to support one’s parents because the parents reared and provided for him or her as a child.  Proponents argue that these laws foster family harmony and promote the Biblical  Commandment of honoring one’s mother and father.  However, consistent with the reciprocity theory, if a parent failed to support the child as a minor, the adult child is not responsible for the parent’s health care bills.

Here’s an overview of the facts of the case:  Mr. Pittas’ mother sustained injuries after a car accident.  After completing her rehabilitation she was transferred to Liberty Nursing and Rehabilitation Center where she lived for five months before relocating permanently to Greece.  She left behind an unpaid bill of $93,000.  Although she had applied for Medicaid, the application was pending at the time of the appeal.  The nursing home sued Mr. Pittas for the unpaid balance under Pennsylvania’s Filial Responsibility Law.  You can read a Forbes article about the case here.

Pennsylvania is one of 30 states with statutes that hold an adult child liable for the medical bills of the parents. The Pennsylvania statute provides a few exceptions to the filial responsibility:  (1) the adult child does not have sufficient financial ability to support the parent or (2) adult child was abandoned for a period of ten years while a minor by the parent in question.  23 Pa.C.S.A. § 4603.

Colorado is one of 20 states that does not have a filial responsibility statute.  In 1987 the Colorado Supreme Court held that “a child has neither a common law nor a statutorily imposed duty to support his or her parents.”  In re the Marriage of Serdinsky, 740 P.2d 521 (Colo. 1987).

Proponents of enactment and enforcement of filial responsibility laws view these laws as a way to address the increasing demand for Medicaid to pay for long –term care.  According to MetLife’s annual survey of long-term care costs, in 2011 the average daily rate for nursing homes in Colorado is $207/day for a semi-private room.  That is almost $76,000/year.  As a point of reference, in 2010 the average social security recipient received $1,176/month or $14,000/year.   The Pittas case is not an anomaly.  In 2008, a Pennsylvania court held a man responsible for his mother $8,000 nursing home bill even though he was out of work and deeply indebt.  To complicate matters, the mother had the ability to pay the nursing home through her pensions and social security payment, but simply refused to do so.   Because the mother’s sources of income cannot be garnished, the nursing home sought and received a judgment against the son.

This comparison, and the idea of “deadbeat children” is a misleading and erroneous simplification of the issues at stake. There are several major distinctions between “deadbeat children” and “deadbeat parents.” First, adults make the decision to have children and therefore have a responsibility to provide for their well-being.  However a child was not consulted regarding the selection of his parents or to determine if they will be spendthrifts or penny-pinchers.  Second, the sheer cost of long-term care can easily overwhelm most families, and filial responsibility laws may render adult children destitute. Third, the type of care adults need as we age can be physically and mentally demanding.  For example, it is not uncommon for an adult with advance dementia to become physically aggressive, incontinent and wander away from the home.  Retirement-aged adults may not have the ability to provide the necessary care and oversight. Finally, over a long lifetime, relationships can become messy.  We would all like to think of loving parent-child relationships built on mutual responsibility and respect.  However, we know that many families drift apart for a myriad of reasons: differences in lifestyles, choice in religion, alcohol and drug abuse or worse. These laws would make children responsible for parents even when the bonds of trust and care have been broken.

As we live longer, lawmakers will continue to explore ways to pay for the increasing care needs.  Filial Responsibility laws are seen by some as a possible “solution” to pay for the care we need as we age. Yet many people are unaware that they could be held responsible not only for their debts, but for those of their parents.

Ayo Labode is the principal of The Law Office of Ayo Labode, LLC, in Denver.  Her practice is concentrated in the area of elder law, estate planning, wills, probate, guardianships and conservatorships.  Prior to starting her own law firm, Ayo worked for almost five years as an ombudsman, an advocate of for nursing home residents.  She was responsible for investigating complaints from nursing home residents and their families about nursing home care and violations of resident rights.  Ayo has also written chapters for the Colorado Handbook of Elder Law about assisted living residence and nursing home admissions contracts and the Senior Law Handbook about selecting an appropriate nursing home or assisted living residence.   You can reach Ayo at www.LabodeLaw.com