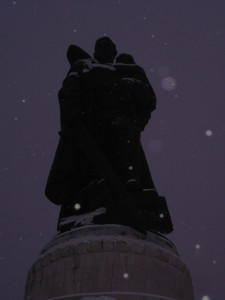 When I was putting together the outline for this post, I thought of the title “a death of one’s own” and so I tried googling that.  I found a video on vimeo from Bill Moyers from 2000.  It struck me that very little in the conversation about assisted dying or euthanasia has really not progressed much.  I attribute this to the long reaching effects of the death taboo.

The Moyers video is about three different persons facing the end of their lives as the result of terminal illness, I mention the first two in this post.  The first person featured was a veterinarian and rancher, Jim Witcher, who was diagnosed with rapid progression ALS.  This brave man allowed Moyers to come into his daily life to film his life as it progressed with ALS.  There was some discussion about his previous “fight” against the disease in its early stages and  he candidly speaks about the progressive and further loss of control he faces with the disease.  Still able to speak, Witcher explained that his ability to speak was already being affected and he explained that his ability to feed himself would be a milestone for some action, but that event passes unmarked by any decision and his illness moved into the next phase.

What is the distinction and where is the line on either side of dying – gradually, in our lives, in whichever way or on whatever terms our life presents itself?  This a theme of the video “A Death of One’s Own.”  Losing control over our lives, our bodies do not respond in ways that our brains and our experience have intended.

His wife explains her challenges in caring for him as the disease marches on. Respirators and feeding tubes offer a means of life extension as Witcher describes it, and those options are ruled out by him.  He states that he wants physician assisted death to hasten the demise, but that is not an option for him in Louisiana.  He notes that he has probably already lost the ability to take drugs that would end his life, to which he may have had access because he was a veterinarian.

When is it that you say “no more?”  Witcher identifies that as total paralysis.  He marks more milestones now, when I can’t do ___ anymore, then I know it will be time to “finish.”  Interesting that this comment is made, is the height of an autonomous choice which ironically involves the assistance of others to honor and to effectuate.  Witcher’s wife and adult children struggle with his stated desire to control his end of life choices.  This goes beyond the refusal of life support.   Euthanasia, according to Witcher’s daughter-in-law, is simply not discussed in their faith community.  The issues are simply not discussed.

Next Moyers goes to Portland, Oregon to visit a 56 year old woman who was diagnosed with a metastatic aggressive cancer.  She tried the chemotherapy which had little effect and she is in hospice care when her story begins.  She describes to the camera her desire to avail herself of physician assisted death, and Moyers notes that she could ask her doctor for such a prescription now.  Both of Kitty’s daughters support her decision regarding PAD.

What I found interesting about the woman who died in Oregon, intending to avail herself of physician assisted death, is that when she asked for the doctor to deliver the life ending medication, one of her children intervened and asked her to wait until her mother’s sibling arrived within several hours. By that time she was no longer able to swallow the barbiturate mixture which was the life-ending medication. Instead, she died within a short time with her family members surrounding her. When asked about whether her mother had the death she wanted, the daughter who asked her to wait responded that she wasn’t sure and there was seemed to be some guilt associated with that response.  Perhaps she felt that her interference with her mother’s wish had diminished her choice over her demise, potentially making it an unpleasant death for her mother.

Of course we never know about these things until we’re put in that circumstance – all the more reason to start thinking about these issues because they will surely face a greater number of people as we baby boomers age.  What I find most troubling about the discussion in the Moyers video is that so much of the discussion is focused almost exclusively on autonomy and control, it is as if no one thinks about control until its lack presents itself as an adversary, when the disease process threatens the human personality’s need for control, or at least the ability to maintain the illusion of it.  In that context, a terminal disease’s biggest threat – other than to the person’s life – is to the sense of control.  What does control have to do with dignity?  That is another question!

This makes me think of Viktor Frankl’s classic work “Man’s Search for Meaning.”  I think this quote is especially instructive here:

“When we are no longer able to change a situation, we are challenged to change ourselves.”

The Colorado legislature is currently looking at a bill entitled “Terminally Ill Individuals End-of-Life Decision,” about which you can read more here.  Note it is not called “death with dignity” as the Colorado hospice and palliative care community strenuously objects to the notion that the only “death with dignity” is one achieved through lethal medications.  I agree with that observation, and it is interesting to note that the relevant term here for those persons wanting to avail themselves of physician-assisted death is “life ending process.”

Stay tuned for a continuation of this topic and more about Colorado’s proposed legislation.