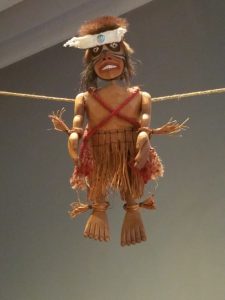 What is hoarding? I like this simple definition from the Anxiety and Depression Association of America.

Hoarding is the persistent difficulty discarding or parting with possessions, regardless of their actual value. The behavior usually has deleterious effects—emotional, physical, social, financial, and even legal—for a hoarder and family members.

Hoarding is “officially” a disorder, meaning it was reclassified as such in the Diagnostic and Statistical Manual (DSM-5) in 2013.  Prior to its recent “promotion” to a disorder, it was considered an aspect of obsessive-compulsive disorder, so many folks who suffer from OCD (or OCPD) are also hoarders. Hoarding has also been linked to attention-deficit/hyperactivity disorder (ADHD) and depression. Sometimes hoarding may be associated with an eating disorder like pica (eating non-food materials), Prader-Willi syndrome (a genetic disorder), psychosis, or dementia.

Hoarding for elders can be indicative of depression and/or anxiety and for those elders who may have been “pack rats” in younger years, the compulsive habit can worsen in later life.  Here’s a link to a University of California at San Francisco study that looks at elders’ hoarding as a health concern.  That study concludes that hoarding in elders often seems to worsen and becomes more problematic, but for reasons that remain unclear.

How does hoarding impact one’s life? There seems to be, to a certain extent, an inverse relationship of stuff hoarded to quality of life. The more stuff clutters a home, the unhealthier and more dangerous can be the living conditions. Shame, fear of judgment, distrust of others being allowed in to the hoarder’s living space can contribute to the hoarder’s sense of isolation.

It seems straightforward that an elder who has a dwelling place crammed full of junk is much less likely to allow caregivers into the home or others who might able to otherwise assist an elder with managing the challenges of independent living.

What can be done to help a hoarder while they are still alive?  The answer to that depends on the type of hoarding behavior as the intervention must be tailored to it.  And yes, in case you’re wondering, there is a Hoarders Anonymous, but my antivirus software won’t let me visit their website. . ..

So, this post is about hoarding in the estate context – what does that mean?

It means that the job of identifying the decedent’s assets can be difficult, at best.  Finding relevant information can be extremely challenging or impossible due to the sheer volume of papers collected by the deceased hoarder.  Many years ago, I represented the personal representative of an estate of someone who was a hoarder.  The decedent had died in a skilled nursing facility, but inside her home remained dozens of filing cabinets as well as many boxes of papers.  When I informed the personal representative about some documentation I would need, she informed me that she was fairly certain that the papers I needed were kept in the home, but it would take several weeks to go through those storage places to try and locate them.

What if the deceased was an “organized” hoarder and kept only certain types of items?

Well, that might not be so bad, but I haven’t seen that one yet.  In my experience, there are few “selective” hoarders.  I think that has to do with the fine line between collecting and hoarding!

And if the deceased was an indiscriminate or disorganized hoarder? Well, I don’t think there’s a patron saint of the chronically disorganized who happen to be hoarders – but maybe there should be.  You might recall that Dante’s Inferno, in the fourth circle (of hell) to be precise, identifies the twin opposite behaviors of those hoarders and wasters (or prodigals).  That circle is all about greed as the Fourth Circle of Hell is guarded by Pluto, the Greco-Roman god of wealth:

Here, too, I saw a nation of lost souls,
far more than were above: they strained their chests
against enormous weights, and with mad howls
rolled them at one another. Then in haste
they rolled them back, one party shouting out:
“Why do you hoard?” and the other: “Why do you waste?”

So, it is apparent that the proliferation of stuff and its unceasing accumulation has obvious negative effects on one’s relationships with others and the outside world in general, but. . .

What can we do about detecting the causes of hoarding and helping a hoarder?

It’s a fine line indeed between “collecting” and “hoarding.”  That Depression-era mindset of scarcity, coupled with distrust (anxiety) about the future – the origin of one’s next meal, etc., can contribute mightily to a worsening of an already latent propensity to collect.  Here’s an article about that topic.

And if you think there isn’t an opposite extreme that people can engage in (see Dante’s reference to the “wasters” above), here’s an article about compulsive decluttering.  The root of the problem may be the link between either type of activity and its origin with obsessive thoughts.

In short, there are ways to help a hoarder – and in particular to avoid making the person (not their affliction) a spectacle of ridicule.  If this sounds like self-interest for the family members of a hoarder, as in those persons who will be responsible for going through the hoarder’s possessions – well it certainly is in their interest to help!