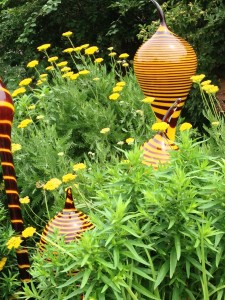 This just in!  (sort of) – on July 16th the Uniform Law Commission approved the Uniform Fiduciary Access to Digital Assets Act.  What does this mean for Colorado?  Perhaps a bit of background on the Uniform Law Commission (ULC) is in order. . . .  the ULC (when I was in law school they were known as the National Conference of Commissioners on Uniform State Laws – or NCCUSL) was established in 1892, and provides states with non-partisan, well-conceived and well-drafted legislation that brings clarity and stability to critical areas of state statutory law.

The ULC has been considering the UFADAA for a couple years.  What – you say the acronym reminds you of the Scandinavian-American expression “uff da”?  Well, please don’t stop reading because you are already disgusted . . . !  (puns, double entendre, I’m not above any of those ploys.  . . .)

I have written a few posts about this digital asset topic previously, so some of this might be a bit of review.  So what does this UFADAA provide exactly – remember it’s been in the works for a couple years now?  Here’s a cursory overview:

o   Will allow a fiduciary (like your personal representative, as they’re known in CO, or a conservator, guardian, trustee or your agent under a power of attorney) access to digital assets;

o   For example – this means that many types of accounts which previously required a court order for access (like Facebook) will be subject to the authority of the personal representative (executor of an estate);

o   The idea of “media neutrality” that is embraced under the UFADAA means that where a fiduciary would have access to a tangible asset, that fiduciary will also have access to a similar type of digital asset (which would otherwise be known under property law as an “intangible” asset); and

o   The account holder’s privacy choices can be honored and upheld as stated in the document appointing the fiduciary– separate from or in addition to the terms of use or service agreement – by a fiduciary under the uniform act.

What is digital property that is subject to an ownership interest – as opposed to access by a fiduciary? That is a bit more complicated (understatement)!  The UFADAA concerns fiduciary access to different types of accounts – some of which may be of an ownership nature that can be passed on to heirs.  Many types of digital accounts will not fall into this category.

In case you’re wondering which state will be the first to adopt the newly minted law, Delaware has already done it.  It is set to go into force and effect on January 1, 2015.

And then we need also consider plus ça change, plus c’est la même chose and that the new law is a state law, in our federal system of government. . .

What will not be changing . . .  is the Supremacy Clause of the United States Constitution. What does that have to do with your personal representative’s access to your Facebook account after you’re “pushing up the daisies?”  Well, there is already federal legislation regarding the internet, and it is the exclusive law in several important respects, but has had little bearing on fiduciary access in the probate context.  Truth be told, when these federal laws were promulgated, it was pretty unlikely that more than a couple people even dreamed how the whole “internet thing” would be playing out in our lives, let alone how it would come to be defined as property or as something property-like.  The federal law will serve in the meantime to continue to protect against certain types of bad actors and bad behavior.

Stay tuned . . . I have a feeling I’ll be delving into related topics a bit more, as well as some of the specific provisions of the UFADAA, like:

What is a digital asset?

What sorts of digital assets can be inherited?