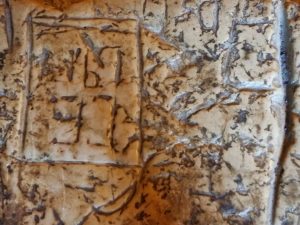 There has been a lot of heat generated in the last couple years by groups protesting abuses of guardianship proceedings in several states. In a couple earlier posts this year, I examined what guardianship reform might look like.  In this post I’m combining a reprise of my “prosocial” theme with a popular topic – the general durable power of attorney or DPOA for short.

The DPOA Creates a Legal Relationship

The DPOA is an extremely valuable tool to help us manage our longevity.  Each of us will die one day, but many of us will be affected by some incapacity because of an accident, surgery, condition or disease process.  We don’t usually know if and when we will be affected by incapacity (unless we have a diagnosis of a brain disease like Alzheimer’s or another disease that implicates our cognitive functioning).  It might be temporary incapacity or permanent in nature and worsen over time.  When will we know if we need a DPOA? Well, after it’s too late to get one!

Death is a Certainty, Disability is an Uncertainty

Many of us are reluctant to think about our death, and for some just thinking about disability – particularly Alzheimer’s disease – can be more frightening than the prospect of death!  For this reason, it is difficult for many of us to think about the circumstances under which a DPOA would be used.  But the fact remains that a DPOA is a much simpler, cheaper and less restrictive tool than the alternative faced when one is beset by an inability to manage finances or, worse, incapacity: a conservatorship.  Read more about conservatorship in Colorado on the Colorado state judicial website or check out the Colorado Bar Association’s flyer.  Both an agent under a DPOA and a conservator act in a fiduciary capacity for the principal and the protected person, respectively.  A fiduciary is a person who has a relationship of trust and confidence with another person and the legal relationship is the basis for a duty of a fiduciary to act in furtherance of the other’s persons benefit or in pursuit of their best interests and expressed wishes.  There are many types of fiduciary relationship in the probate court context – but only some of those fiduciaries are court-appointed.  For purposes here, we are talking about an agent named in a DPOA acting as a fiduciary for the principal.

A DPOA is a very powerful document and when the wrong person is named as agent, the agent can do much harm.  But the DPOA is still an indispensable document because of its power to be used “in case of emergency.”  As a planning tool, the DPOA helps people avoid much more invasive and expensive legal proceedings which are typically more work for the agent.  There are ways to draft and tailor a DPOA to deter exploitation and provide for transparency which can make exploitation much more difficult.  Here are several points to consider:

Many people think getting a DPOA is just filling out a form, but in fact there is lots of counseling which most of us in this field of estate planning and elder law do when we assist our clients in identifying who is the right person for this important job.  Is the person named trustworthy?  Are they financially savvy?  Do they keep good records? Are they careful with money?  Will the agent faithfully perform according to the principal’s expectations or desires?  Remember that the agent works for the principal – and not the other way around!

This person can perform a role similar to that of a more commonly known “trust protector” – someone to look in on things from time to time or on an as needed basis to ensure that the agent is performing their fiduciary role adequately.  A good way of using such a POA protector is to name a third person to perform an accounting or some other oversight role.  This can be particularly helpful in the event the principal loses the ability to manage their own finances or otherwise lose capacity.  While this arrangement may sound intrusive, it may help smooth out bumps in the road among siblings after a parent becomes incapacitated.  An elder parent’s slipping into advanced dementia can cause a lot of conflict in families and a POA protector can help provide transparency which can result in lowering conflict or distrust.

Under the Colorado Uniform Power of Attorney Act, an agent does not have the authority to make gifts to themselves unless the DPOA makes such a grant specifically.  But keep in mind that this prohibition will not deter bad actors – so it can be helpful to spell out such provisions to make the prohibition more apparent to increase the detection of prohibited self-gifting by third parties – like a principal’s bank or other financial institution.

What my colleagues and I refer to as “hot powers” are those powers that most agents will not need, and which must be specifically granted – like the agent’s ability to change the beneficiary on a life insurance policy or an IRA account for example.

In the elder law and estate planning context, taking stock of our relationships with those with whom we are close requires us to examine who we are naming for which “job description” and to ensure the named person is the right one to perform the job.  Choose carefully!