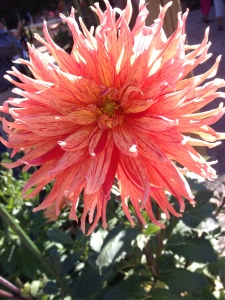 So we’re back on this capacity discussion again.  In the first installment I looked at testamentary capacity, which I characterized as the “basement” as far as capacity levels go.  For better or worse, the contextual notions of how much capacity is enough tend to get more complicated as we move up from that basement of testamentary capacity and look at other types of capacity which require just a bit more um. . . . capacity.  In last week’s post I looked at capacity in the health care context – medical POAs, advance directives and so forth – which are governed by statute.  This week I return to the shifting ground of common law notions of capacity – as reflected in our case law, and focus on items 3 (DPOA capacity) and related actions around the notion of what is the capacity to enter into a contract.

Contract: An agreement between two or more persons which creates an obligation to do or not to do a particular thing. Black’s Law Dictionary, Fifth Ed., 1979.

Conundrum: 1. A riddle, the answer to which involves a pun or play on words. 2. Anything that puzzles.  Webster’s Encyclopedic Unabridged Dictionary (1989).

Ageism sometimes factors into how our notions of capacity are formulated.  When is someone really old and what are the implications of reaching a certain old age?  I have heard ninety-something-year-olds bristle at a proposal from their “kids” that they move from an independent living apartment to assisted living – based on the thinking that assisted living is for “old people.”  Obviously . . . . looking in a mirror doesn’t help many of us come to terms with elderhood and all it may or may not entail!  Okay, one last detour before getting back on track: Scientific American recently posted on the topic “Cocoa Constituents Fend Off Senior Moments” which you can read here.  Yes, the title got this chocoholic’s attention, but I’m afraid it’s about the cocoa flavonols, but that doesn’t mean that I won’t be consuming plenty of chocolate just to be on the safe side! The research in the post concerned a level of flavonols that would be contained in a daily dose of about twenty-five chocolate bars a day . .

You might think the right to enter into a contract is important, but also that it is part of something bigger.  The eminent political commentator Walter Lippman (who coined the term “Cold War”) observed that the first principle of a civilized state is that power is legitimate only when it is under contract.  I came across this very interesting article that the freedom to contract is a human right.  Why is this relevant to the discussion in this blogpost?  We need to be vigilant about creeping ageism and paternalism toward elders while at the same time recognizing a need for protecting vulnerable elders.  What the article in the link discusses is that we must remain watchful regarding any status-based limitations on the freedom to contract (status being things like age or a certain personal condition) rather than capacity based (capacity to do a certain task) or relating to the subject matter of the contract.  In case you might be thinking that we haven’t had such restrictions in our American legal system – think again!  Just one example that comes to mind and it is not a familiar one to most people.  I was a history major in college and wrote a paper about coverture, which basically obliterated the legal rights of women in colonial America once they married.  This is an example of a status classification.

So then, is old age a status?  Yes, of course it is!  In the context of defining contractual rights and in other parts of our legal system (both civil and criminal) status- in the old age context, can often be mingled with disability law.  This is a useful development for many elders with diminishing physical and cognitive capacities, but what are its broader and more problematic implications?

Getting back squarely to the topic of this post – what is contractual capacity?  If we can readily distinguish it from status, that’s a good start, but what does it mean in the estate planning and elder law context?  Last week I presented a CLE to Jim Duve’s solo networking group in Colorado Springs and one if the questions I raised to my audience was “how do attorneys deal with different capacity standards when they are preparing documents for clients and otherwise determine that a client has enough capacity to perform a certain task?”  Unfortunately, I raised many more questions than were answered. . .

This observation was important to the court’s decision in the Romero matter, but it is of little practical assistance toward the development of a cohesive doctrine of what capacity is enough capacity in the contractual context or other contexts relevant to estate planning and elder law representation.

To review, the fundamental question of “how much capacity is enough” in the contractual context must be answered with a response beginning with “it depends . . . !”  So if you’re looking for a treatise on this topic, check out Civil Mental Disability Law, Evidence and Testimony, by John Parry.  Okay, I think that’s enough heavy lifting for this blog post. . . . so I’ll return to the first definition of conundrum and note that forklift operators (like many attorneys) really don’t like puns because they find them unpalletable.  Until the next installment.