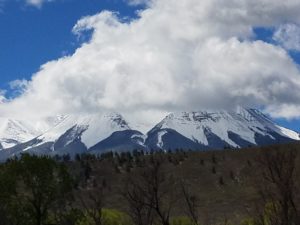 In this post, I am looking at what’s at stake for elders currently on Medicaid.  The AHCA or American Health Care Act (a/k/a Trumpcare) narrowly passed through the U.S. House, with twenty Republicans voting against it.  It faces more hurdles in gaining Senate approval, but the Senate is now considering the proposed law.

Medicaid is of course a government “welfare” program which came into being (along with Medicare) in 1965  when President Lyndon Johnson signed into law the bill leading to the establishment of both programs.  While many people think of the stereotypical mom and kids when they think of Medicaid – they were a primary source of concern for the original Medicaid program after all – there are many elders who are sick enough and poor enough to qualify for Medicaid.

How is the financial stability and well-being of elders on Medicaid threatened by this proposed law?

Colorado has been one of the many states in which “Medicaid expansion” has boosted enrollment in the insurance rolls of elders, the rural poor and other populations.  In Colorado, Medicaid is known as Health First.  The AHCA proposes, among many other huge changes, to move the funding to a “block grant” system in which each state will be given a grant for their Medicaid recipients.  Here’s a recent Denver Post article which discusses the impact of such a grant on Colorado’s budget.  Leaving the states to shoulder more of the Medicaid funding sounds like a good way to offload federal Medicaid as we know it, but it will change the landscape of health care services available to poor elders, particularly in rural areas, in ways we cannot foresee.  And I do not mean for the better!

How has the payment of health care services changed over the years?

I remember my father telling me about the circumstances under which my oldest brother was born in a hospital in Denver sixty-six years ago: the nuns weren’t happy with him because he couldn’t pay for my mother’s delivery (it was a bit complicated) with cash on the spot.  Yes, those were the “good old days” in many ways, when many Americans paid for lots of routine things (including the hospital stay for the birth of a child) out-of-pocket.  I found this colorful graphic from the California Health Care Foundation, which demonstrates how the source of health care payments have changed since 1960 through 2014.  If you want to look at some more color graphs, check out this collection of instructive slides in Louise Shiner’s pdf entitled Understanding the Slowdown in Heath Care Spending Growth.  In today’s “health care” environment, many of us need assistance for paying premiums, with getting needed prescription drugs and related items we couldn’t otherwise afford.  Long gone are the days when we routinely paid out of pocket for medical care!

So – who will pay for the elder’s medical care if Medicaid as we know it. . .  . disappears?

Based on information from the Medicaid.gov website, Medicaid provides health coverage to more than 4.6 million low income elders, nearly all of whom are also enrolled in Medicare.  Medicare has four basic types of coverage:

Part A: Pays for hospitalization costs

Part B: Pays for physician services, lab and x-ray services, durable medical equipment, and outpatient and other services

Part D: Assists with the cost of prescription drugs

Medicaid can assist low income elders in paying their insurance premiums and out of pocket medical expenses; it can also pay for additional services beyond those paid for by Medicare – like long term nursing care, prescription drugs, eyeglasses, and hearing aids.  Medicaid can often make a difference in providing the needed care or services by covering the shortfall from the difference in Medicare payment limits and the costs to the patient.

Here is a fact sheet from Justice in Aging which identifies what the “block grant” funding proposal would mean for elders on Medicaid.

Bottom line is that poor elders would receive less medical care or lower quality care as a result of the belt-tightening of the states providing those Medicaid services to their recipients.  People who have a period of ineligibility – like if they inherit a sum of money from a sibling or child – would not be able to re-qualify for future Medicaid services.

I don’t usually like to write these kind of “scary” blog posts, but as an elder law attorney I am deeply troubled by what might happen to some of the most vulnerable persons in our country (disabled adults) if the AHCA is passed.  I’m only mentioning in passing that Medicare premiums will rise – remember those tax cuts in the AHCA have to land somewhere!  Under the block grants, states will be free to retool their own stricter rules and I would imagine that some states will be looking to filial responsibility laws for shifting their burden to requiring the children to pay. 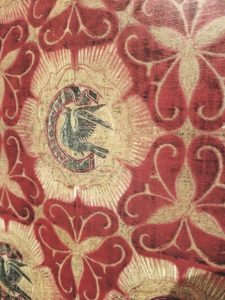 There are many versions of the history of Mother’s Day and I found an excellent compilation at the National Women’s History Project.  As we all know, Mother’s Day will be celebrated (in this country) this Sunday, May 14, 2017.  There are many ways to honor our mothers – even if our mothers are no longer living.  In this post I’m tying together two seemingly disparate threads: how to honor our elder mothers on Mother’s Day by considering the plight of a large number of impoverished elder mothers if the American Health Care Act becomes the law of the land.

Last week I posted about long term care insurance, why it is helpful and . . .  how we shouldn’t be complacent about the availability of Medicaid services for poor and sick elders who lack the resources or savings to self-insure.  Little did I know that just hours after that post, I would get news of the U.S. House approving a version of the American Health Care Act which would, if it becomes law, gut Medicaid for millions of people, including elders!

Medicaid expansion under the ACA will be rolled back under the AHCA.  Here are some details about Medicaid expansion from a 3/26/17 Forbes article: From 2014 through 2016, the ACA’s Medicaid expansion population is funded 100% with federal dollars. Beginning this year, states gradually have to pick up some costs, but the federal government still picks up 90% or more of Medicaid expansion through 2020. It was a better deal than before the ACA, when Medicaid programs were funded via a much less generous split between state and federal tax dollars.  That article points out that the Medicaid expansion has been a boon to health insurance company giants like Aetna, Anthem, Centene, Humana and UnitedHealth Group, who have enrolled millions of new members under the expansion.

As this article from the Kaiser Family Foundation illustrates, the hardest hit under the AHCA appear to be nonelderly disabled adults, folks with conditions or diseases like cerebral palsy, multiple sclerosis, developmental disabilities, people affected by brain injuries and so on.  But the AHCA would adversely impact elders as well, by its move to a “block grant” to states (a fixed $$ amount for each beneficiary) as well as the elimination of the ACA’s protections for people with pre-existing conditions.   Of note is the “no” vote of U.S. Rep. Mike Coffman (R – CO) on the grounds of the AHCA’s failure to protect the relatively small number of persons with preexisting conditions, who would be left without any coverage.  You can read the AARP’s post about this here.

It is unlikely that elders on Medicaid will be heard from in large numbers about their loss of insurance coverage and benefits, but elders who will see their insurance premiums increase may be more vocal, and I think it’s a safe bet to count on the insurance companies (who benefitted from Medicaid expansion) to raise a hue and cry when the U.S. Senate examines the proposed legislation.  A Forbes article from 5/7/17 notes that “Of the 75.2 million Americans covered by Medicaid, 54.7 million are enrolled in private plans, a report from consulting firm PwC indicates. Much of the recent growth has come from Medicaid expansion, benefitting not only insurance companies but hospitals, doctors and other medical care providers.”

Without Medicaid funding from the federal government, which was the impetus for Medicaid expansion under the ACA,  states will be left on their own, with limited funds from federal “block grants” to cover a fraction of those persons who were enrolled and covered under Medicaid, or a fraction of those persons’ health care.  The Congressional Budget Office published its analysis of the AHCA on 3/13/17 and the summary states that the CBO and the JCT (Joint Committee on Taxation) “estimate that enacting the American Health Care Act would reduce federal deficits by $337 billion over the coming decade and increase the number of people who are uninsured by 24 million in 2026 relative to current law.”

For more information about the AHCA’s impact in Colorado, you can read a Denver Post article here from several weeks back.  The American Medical Association, which opposed the AHCA prior to its House approval, issued this statement on May 4, 2017, criticizing the bill for its results which would cause millions of Americans to lost access to quality, affordable healthcare and un-insuring those with pre-existing conditions.  Many of those folks with pre-existing conditions are elders.

If you aren’t tired of seeing all these links and want to read more, here’s a link to a New York Times article about who would be the winners and the losers under the AHCA.

Please consider honoring mothers by educating yourself about the AHCA and sharing your thoughts and opinions with others, perhaps even your elected officials.  It’s time to make the conversation about something other than money…