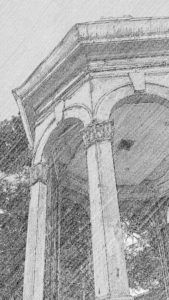 Last week I was driving from my office in Littleton to my dental appointment in southeast Denver. I took a familiar route, proceeding down the twists and turns of Monaco Parkway as I proceeded north of the Denver Tech Center. I’m not in the habit of recounting my driving experiences in these blog posts, but that afternoon was different because I called 911 while underway.  . . . There was an elderly driver who was driving in the parallel northbound lane alongside me for several blocks and then he moved over (negotiating the median in a sort of left turn) to the southbound side of the parkway as he proceeded northbound (at 30 mph or better). Luckily there were no cars for the four or so blocks he drove down the wrong side of the parkway, so a head-on collision was avoided.  He corrected himself and ended up driving behind me for several more blocks before turning off from Monaco Parkway. I didn’t think it was a drunk driver – I suspected it was a confused driver.  Just a couple days before a colleague from one of my listserves had asked me about what could be done regarding contacting someone about an elder he knows who has much difficulty operating a motor vehicle.   This is a tricky matter!  He forwarded me the email he received from the commander of the metro district for the Colorado State Patrol, which advised him to

Dial *CSP(277) from a cell phone if you observe dangerous driving behavior.  Of course, if the situation rises to the level of an emergency, you can always dial 911.  These situations are particularly difficult as pro-actively requiring a person to submit to a re-exam for their driving privilege can only be initiated by a family member or a physician.  Law enforcement can make the request but only after observing driving actions that would support the need.

I was reminded of the 14-year-old boy who was killed in southeast Denver by an 81-year-old driver with a history of driving problems.  This issue of when it is time to turn over the car keys is a difficult one for many elders as well as their family members because alternative transportation arrangements are required to get the elder to the grocery store, appointments and other places.  Many elders will not willingly give up their car keys and sadly, it often takes a crisis or an accident for the elder and family members to realize driving is no longer a safe option for the elder.

One of the other factors (besides requiring alternative transportation for a car-less elder) contributing to the difficulty of determining when driving is no longer safe is the challenge of getting a diagnosis of dementia.  This fear of such a diagnosis is shared by elder and family members – which is why I have referred to dementia as being “contagious” in the sense that we are all afraid of it – for the elder and for ourselves as family members.

So when do we decide and how do we decide, as individuals, families and communities – when we are no longer able to safely operate a motor vehicle?  Do we tenaciously cling to our badge of independence?  A Rilke quote comes to mind here:

The transformed speaks only to relinquishers.  All holders-on are stranglers.

What part of our identity as autonomous persons is our ability to be able to drive?  This concern with safety is a distinct one because it involves operating a car and all the dangers that poses to the drivers and others on the roads (or sidewalks).  Here is a recent article which addresses the challenges to driving a car which are faced by the growing number of persons diagnosed with Alzheimer’s Disease.  How do we negotiate the changes in our lives and our ability to manage for ourselves as we age?  These questions do not have easy or even simple answers, but we must nonetheless grapple with them!  I think another poem is in order. . .. this one entitled “Sunset:”

That marrieth the young earth with a ring,

And to the meanest door hastes one pure-browed

The busy needle of her light to bring,

And stitch, and stitch, upon the dead day’s shroud.

Poises the sun upon his west, a spark

Superlative,—and dives beneath the world;

From the day’s fillets Night shakes out her locks;

Hark! the cold ripple sneering on the rocks!

I will write more on this topic soon.