In this second installment,  I’m taking a look at how the designated beneficiaries agreement (hereafter DBA) might fare in light of the ability (beginning May 1, 2013) of same gender couple to enter into civil unions or have their civil unions from other states recognized. 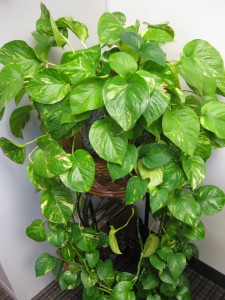 The DBA became an alternative for recognition of important  rights of unmarried couples,  which included same gender couples, for several rights which were previously available but also included new rights such as: making funeral arrangements hospital visitation and other health care purposes, the right to inherit real and personal property  under intestate succession (for the first of the DBA parties to die), along with a surviving party to a DBA’s standing to file a wrongful death action and  standing to receive benefits pursuant to the Workers’ Compensation Act of Colorado.  The Designated Beneficiaries Act was in some ways an intermediate stop along the way to civil unions, beginning with the Colorado Domestic Partnership Benefits and Responsibilities Act of 2006, Colo. Rev. Stat. §14-15-101.

How does the new Colorado  civil union law  treat couples who have previously entered into a DBA?

There are several important changes to note – I’ll cover three major ones here:

The DBA was widely viewed as an important recognition of legal status for same gender couples, even if the language of the statute didn’t address the gender of the parties entering into a DBA.  The primary requirements are that the parties be 18 or older, unmarried, and as mentioned above, not parties to a civil union.  So, what is the future for the DBA?

DBAs can still be used, but it seems unlikely that many same gender couples will utilize the arrangement now that there is a civil union status that is essentially the same legal status as marriage.  So – whither the DBA?  I think the DBA can survive as an alternative to marriage or civil union and potentially as a defense against  common law marriage.  Colorado in one of a handful of states that still recognized the frontier relic of common law marriage.   It is important to keep in mind that there is no common law divorce – that if a couple is legally married, then they may only dissolve their marriage (or civil union) through divorce.  I think the DBA has a future for those couples who want to retool their legal relationship to ensure  some flexibility but without all the consequences of being a “spouse” by virtue of marriage or civil union.  The DBA could help define the nonmarital relationship in a meaningful and significant way.   This remains to be seen, but I think given the exigencies of many later life remarriages, the DBA may have a “second life” as a means of honoring a committed nonmarital relationship for couples in Colorado.