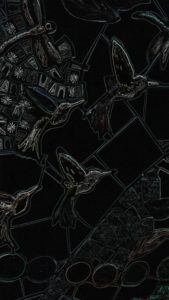 I recently came across this horrifying article published Monday in ProPublica, entitled “Federal Health Officials Seek to Stop Social Media Abuse of Nursing Home Residents.”  It seems that some staff members of nursing homes are publishing photos, audio and video recordings of some residents in the social media like Snapchat, Facebook or Instagram, or sent in text messages as multimedia attachment.  These pictures, audio and video files often depict elder residents of the facilities s in demeaning and humiliating ways so as to result in mental abuse.   The Centers for Medicare and Medicaid Services has recently sent out a memorandum concerning this to the State Survey Directors.

Do the skilled nursing facilities have prohibitions against such intrusions in place?  Some evidently did not, but there can be little doubt that nearly all will have such protections in place soon in light of these disturbing developments.  Here’s an article about such violations in Ohio nursing facilities.

The CMS memo referred to above defines mental abuse as that abuse which:

[M]ay occur through either verbal or nonverbal conduct which causes or has the potential to cause the resident to experience humiliation, intimidation, fear, shame, agitation or degradation.  Examples of verbal or nonverbal conduct that can cause mental abuse include but are not limited to: nursing home staff taking photographs or recordings or residents that are demeaning or humiliating using any type of equipment (e.g., cameras, smart phone, and other electronic devices) and keeping or distributing them through multimedia messages or on social media networks.  Depending on what was photographed or recorded, physical and/or sexual abuse may also be identified.

ProPublica has been following this following these developments for many months and this article from December 21, 2015 details some of the incidents this mental and physical abuse of incapacitated elders perpetrate by the nursing home staff members.  In a case in New York where a nurse aide took photos of an incontinent resident’s genitals covered in fecal matter and shared them with another staff member on Snapchat, he was fired and pleaded guilty to a misdemeanor count of willful violation  of health laws.  What I found particularly disturbing was the comment of one home’s administrator to ProPublica that “[t]echnology is a problem for us, for everybody, these days… The resident involved was not harmed but certainly it was a serious incident.”  Are incapacitated nursing home residents not entitled to any human dignity and to be free from such exploitation for someone’s entertainment?

One of the incidents described by ProPublica is from August 2015.  It occurred in a rural area of Colorado and involved a youth volunteer at a nursing home who took a selfie which showed a 108-year-old resident urinating.  The volunteer apparently shared the photo with her friends at school and the facility did not learn of the offending photo until months later.  The volunteer was not monitored by the facility but did report to the local police, and was later charged with invasion of privacy.

Dignity, as in the legal right, is not easily defined.  In fact, you would be hard pressed to find many references to it in our laws.  International law, specifically the international law of human rights, has much more to say about human dignity, but that is another blog post!

I will close with just a couple observations and questions. . . .

If humiliation is the opposite of being treated dignity and respect, is our system of laws really equipped to deal with this type of new frontier of the rights of incapacitated persons to be free from intrusions by others who humiliate them for sport or humor?

Is the dignity of or respect for elders a right in this context or is it overshadowed by our concerns for safety, and how does an incapacitated elder’s diminishing bailiwick of autonomy factor into this equation?

On this note, here is a link to an interesting article about the dignity of elders.  More to come on this very challenging topic.