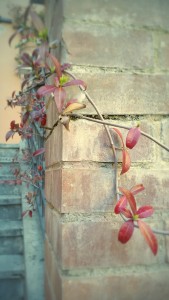 Last week I received news on a listserve that the Jefferson County District Court, sitting in probate, granted relief to a woman who claimed she was the surviving common law spouse of a decedent.  The two women had cohabited together for many years.  As is common in states recognizing common law marriage, a person claiming to be a surviving common law spouse must file a petition for intestacy and establish that the petitioner was the surviving spouse of the decedent by virtue of proving certain elements of the existence of a common law marriage.  (A surviving spouse who has married or entered  into a civil union with another person already has a certificate which shows this spousal relationship.)  This proof of common law marriage may sound straightforward, but it is not.  Colorado is one of only a handful of states which still recognizes common law marriage.  The trickier issue (which crops up in the dissolution of marriage context) of when the common law marriage began is not often before a court when it makes a determination in a decedent’s estate administration that a person is or is not a decedent’s surviving spouse.  The only salient issue for those purposes is whether the couple was married at the time of the decedent’s death.  This is what the Jefferson County District Court recently determined.  This is distinguished from the marriage dissolution context (in domestic relations proceedings), where the relevant question is when the common law marriage began.

Here’s a redacted excerpt of Judge Lily Wallman Oeffler’s ruling of May 21, 2015 on a Petition for Adjudication of Intestacy and Formal Appointment of Personal Representative:

The Court, having reviewed the Petition and the applicable law, FINDS and ORDERS as follows:

THE COURT FINDS that Decedent and Petitioner MRS. SMITH have satisfied the two elements of common law marriage: 1) the mutual consent or agreement to be married; and 2) a mutual and open assumption of a marital relationship. People v. Lucero, 747 P.2d 660, 663 (Colo. 1987). The couple cohabitated for approximately 30 years, raised three children together, held real property and bank accounts in joint ownership, participated in a marriage ceremony in front of friends and family, recited marital vows, and wore wedding bands.

THE COURT FURTHER FINDS that “the Fourteenth Amendment protects the fundamental right to marry, establish a family, raise children, and enjoy the full protection of a state’s marital laws.” Kitchen v. Herbert, 755 F.3d 1193, 1199 (10th Cir.) cert. denied, 135 S. Ct. 265, 190 L. Ed. 2d 138 (2014). Further, “a state may not deny the issuance of a marriage license to two persons, or refuse to recognize their marriage, based solely upon the sex of the persons in the marriage union.” Id.

IT IS HEREBY ORDERED that, under the ruling in Kitchen, Petitioner is Decedent’s common law spouse, and is qualified and hereby confirmed to serve as the Personal Representative of Decedent’s estate.

So, it turns out that a same-sex couple can “hold out” as a married couple for common law marriage purposes.  Some of the indicia of such marriage will differ from those of an opposite sex couple (e.g., for a same sex couple who wasn’t able to file joint tax returns), but these will not obviously operate as  a bar to a court’s finding of the existence of a common law marriage.  It seems the institution of marriage is, in many respects, alive and well as a result of the marriage equality movement!

So, what exactly is “common law marriage” and why should any of this matter?

Common law marriage is a frontier relic.  England abandoned it in 1753, but it continues on in the states of Colorado, Kansas, Utah, Texas, Iowa, Montana and a couple east coast states.  It isn’t even really “common law” in that it is regulated by statute (except in Montana).

Many of us are celebrating  this important development of the judge’s decision excerpted above, but not without some concerns in the backs of our minds. . .  after all, marriage has evolved and changed over the course of human history and has served a variety of interests including political, economic, diplomatic, religious and other aspects of regulating human behavior and providing stability in the form of certain protections, particularly for children and more vulnerable members of society, which have historically been women.

What about the nature of a relationship between an opposite sex couple who choose not to marry but have children and a long term relationship together?  Are these considerations likely to be similar to those of a same gender couple?  This is one of the places where things get rather complicated.

And here’s another important question – What if the couple does not want to be treated as married and wants to have a relationship that is nonmarital for all intents and purposes – is this likely to be more difficult?

The likely answer to this second question is  a qualified “yes.”  While a straightforward answer to that question may be that the parties can contractually agree to a living together or cohabitation agreement, the ruling above shows the fluid nature of what is deemed to be marriage.  The simple fact that a couple may not want to be considered married for purposes of the law is not conclusive of such arrangement.  In my mind, couples who want to be considered in a relationship of a nonmarital kind can still document their relationship as such and avail themselves of certain limited protections and benefits as a result of such relationship through the use of a pre-civil union statute governing contractual arrangement known as designated beneficiary agreements.  More about that in a later post. . . .

Important to note here is that common law marriage in the U.S. does not, in contrast to many a layperson’s thinking, have a particular minimum time period associated with its existence.  This stands in contrast to cohabitation laws in many other countries such as Canada, where cohabitants are known as “common law partners” and the relationship is governed by a law passed by the Canadian Parliament in 2000 which does make marriage and cohabitation look much more similar.  This is also the case in England, where the Worker’s Compensation Act of 1906 recognized non-marital forms of co-habitation.  The law in England looks  to concern itself largely with the conferring of an economic benefit on the other partner and considers in that context who is appropriate object for the law’s protection.

Nearly three years ago I wrote a couple blog posts about legal and financial considerations for nontraditional relationships and I don’t intend to revisits those now in light of all the U.S. Supreme Court and other important decisions (including the Tenth Circuit’s Kitchen decision cited above) concern same-sex marriage, but as marriage equality seems more within reach, it seems only logical that we should take a look at the bigger picture of marriage in this country and why so many young (opposite-sex) couples choose to have children but not get married.  This development challenges the protections afforded for married couples – should they still be a “monopoly” for them?  Remedies for children and more vulnerable partners are available under contract law, but they are not consistent and vary wildly from state to state.

What about a Colorado couple (married or partners in a civil union) who want to contract away some of their rights arising from the spousal relationship?  Colorado adopted the Uniform Premarital and Marital Agreements Act in 2012 and it applies to agreement entered into after July 1, 2014.  The law is codified at Colo. Rev. Stat. § 14-2-301 et seq.    The new law made important changes regarding access to counsel and other important requirements about how the agreement is reviewed and which affect the waiver of important rights.

So the question remains . . .  how do we predict the future, make informed choices  and otherwise advise clients about what legal obligations are owed to a cohabiting non-spouse and how might this be affected by a burgeoning definition of common law marriage?  Stay tuned!