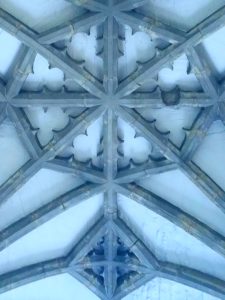 The Elder Abuse Prevention and Prosecution Act (S. 178), passed the U.S. Senate on August 1, 2017.  You can read the text of the bill here.  It was sponsored by a bipartisan group of Senators.  It has moved to the House of Representatives for their review.

This bill has several important provisions which would support more federal involvement in areas of elder abuse and financial exploitation reporting and prosecution.  Some of these include: training federal law enforcement (FBI) in elder abuse detection; coordinating data collection and establishing best practices for data collection and sharing among local, state and federal agencies involved in reporting and prosecuting elder abuse; enhancing the services available under the U.S. Department of Justice’s Office for Victims of Crime so as to specifically include those aged 60 or older; imposing an enhanced penalty for those convicted of the specifically defined telemarketing or email marketing fraud under the federal telemarketing fraud statute; and some efforts directed toward guardianship oversight and abuse prevention.  The only problem with all the great things that this proposed new law could do is that there is no money allocated for its proposed activities.  If the bill makes it through Congress and is passed into law, it will be in a situation similar to the 2010 Elder Justice Act, many substantive parts of which lack funding for its important work.

Notwithstanding the important fiscal detail, it is important legislation in several ways that can help coordinate the woefully inadequate means of reporting elder abuse.  The federal government could help to standardize the definitions of elder abuse for the purpose of getting a clearer picture of its prevalence for reporting purposes.  Every state has its own laws and definitions concerning its elder abuse  detection and reporting  standards and some of these vary wildly, making the standardization of reporting incidents of elder abuse that much more difficult.

The federal government’s involvement here could assist greatly in getting a better idea of just how prevalent are certain types of elder abuse.  At the present time, there are numerous difficulties figuring out these important details and this obviously can interfere with the allocation of resources needed to adequately respond to the worsening problem of elder abuse and exploitation.

The numbers concerning the incidence of elder abuse and exploitation are already sickening to consider and they appear to be rising.  It is of critical importance to have adequate support for prevention and prosecution to combat this.

The bill has been endorsed by the bipartisan Elder Justice Coalition,  the American Bar Association and  the Consumer’s Union, among other groups.

If you think this legislation sounds like a good idea to help elders and their loved ones, then by all means be sure to contact your U.S. Congress member and share your opinion about this important legislation!

Stay tuned for a blog post about another piece of proposed legislation which has been introduced in the U.S. House (H.R. 2505) and Senate (S. 1151) known as the Credit for Caring Act of 2017.