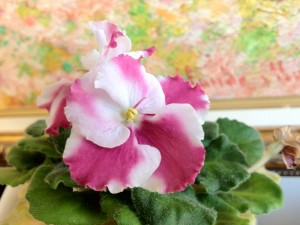 I will start with a reminiscence. Back when I was in law school (alas, the previous century. . . !) I think I can remember at least one thing from my family law class.  That was the axiom “a marriage valid where celebrated is valid everywhere.”  That was thanks to the Full Faith and Credit Clause of the United States Constitution, which states

U.S. Const., Art. IV, section 1.  You U.S. history mavens may recall that the Articles of Confederation included a part of this language, but it didn’t [like the rest of the Articles, and the Confederacy as a whole] go quite far enough, so James Madison’s request for supplemental language at the Constitutional Convention was adopted.  If you really want to go crazy on this one, read The Federalist Papers, No. 42. . . .

It may not sound like such a pronouncement would really be necessary, but that conclusion would skip over much of our history.  In our present context of “domestic relations,” remember that Colorado, along with a handful of other “frontier” states, has for many years recognized common law marriage.  That was an issue for tax filing for those couples, as those common law marriages weren’t valid in other states.  Hence, the Revenue Ruling.  In Colorado, it remains one of the indicia of common law marriage – that a couple is “holding out” as married for federal tax purposes.  In case you’re wondering, I will cheerfully decline this opportunity to explain in any detail the legal significance of a “Revenue Ruling” by the Internal Revenue Service.  Under our administrative law system, I will cite Wikipedia:

A Revenue Ruling is “an official interpretation by the [Internal Revenue] Service that has been published in the Internal Revenue Bulletin. Revenue Rulings are issued only by the National Office and are published for the information and guidance of taxpayers, Internal Revenue Service officials, and others concerned.”26 C.F.R. sec. 601.601(d)(2)(i)(a).   Revenue Rulings are published “to promote correct and uniform application of the tax laws by Internal Revenue Service employees and to assist taxpayers in attaining maximum voluntary compliance by informing Service personnel and the public of National Office interpretations of the internal revenue laws, related statutes, treaties, regulations, and statements of Service procedures affecting the rights and duties of taxpayers.” 26 C.F.R. sec. 601.601(d)(2)(iii). See, generally, Mitchell Rogovin & Donald L. Korb, “The Four R’s Revisited: Regulations, Rulings, Reliance, and Retroactivity in the 21st Century: A View From Within”, 46 Duquesne Law Review 323, 330 (2008).

The federal Defense of Marriage Act changed all that Full Faith and Credit status quo. It was a reaction to the passage of state laws recognizing same gender marriage and “tweaked” if you will, the Full Faith and Credit Clause.  The old IRS Revenue Ruling from 1958 [Rev. Rul. 58-66] was re-engineered in light of the decision in United States v. Windsor, 570 U.S.___, 133 S. Ct. 2675 (2013) which held parts of the Defense of Marriage Act unconstitutional.    You can read the new Rev. Ruling 2013-17 here.  This Rev. Ruling basically reinterprets “husband” and “wife” to include same-sex spouses for purposes of the Internal Revenue Code.  The IRS also has a helpful FAQ on their website that basically says, if you were married somewhere in a domestic or foreign jurisdiction whose laws recognize the marriage of same-sex spouses, then you can file jointly.

I don’t usually say this in a blog post but this post is NOT to be used as any kind of tax advice, as this is educational information only about the new Colorado law.  Based on my reading, for educational purposes only as I have said – this in NOT tax or legal advice for your particular situation – the bottom line for Colorado same-gender partners is – you have to be married outside Colorado to avail yourselves of the joint filing benefits, as a Colorado civil union will not get you there.  I do not mean this to minimize the importance of the new statute to clarify an otherwise rather murky situation.

So what about the details of this bill signed into law by Gov. Hickenlooper on Feb. 27, 2014 (SB 14-109, entitled “Concerning the State Income Tax Filing Status of Two Taxpayers Who May Legally File a Joint Federal Tax Return.” )? Well, you can read it here.  It basically says that if federal law allows you, as a married couple, to file jointly for tax purposes (according to the Rev Rulings), then you can file jointly for Colorado purposes.  If you don’t meet the standard under federal law, then no Colorado joint filing is available. Fairly straightforward, but also very complicated.  I really thought this would be a short post . . .  I tried!  thanks to T and P for “calling for the question.”