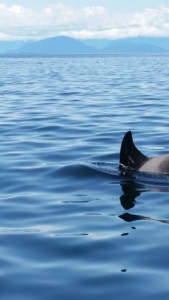 Orca near Vancouver BC

The medical durable power of attorney (MDPOA) is an important document that all adults should have.  Why? As our population ages and our longevity is extended, our chances of becoming unable to give informed consent for medical care increase.  I have previously written about informed consent in the context of medical care, but suffice it to say that when a person is unconscious, unable to communicate or otherwise too “out of it” to give informed consent to decide yes or no to a proposed course of treatment – it is extremely helpful to have a substitute decision maker named who can decide for you.  In this post, I will not revisit the smorgasbord of health care planning documents as I have done previously, but I will instead focus on a much more obscure and troublesome intersection in the elder law field: where persons attempting to assist with the requested care of an older adult who has previously been diagnosed with mental illness can get caught in a thicket surrounding access to the mental health information.

Why is this a big deal – can’t an adult (known as a “principal” in power of attorney terms)  with mental illness simply designate an agent under an MDPOA just like any person, assuming that person is not under a legal disability such as a guardianship?  Surely I am remembering that guardianship is not automatic by any stretch for an adult with mental illness or with developmental disabilities. . .

The answer is yes, but . . . well, it can be a bit more complicated than that.  As more adults – especially the aging baby boomer cohort – reach retirement age, there are more people who will have benefited from a more open attitude toward the provision of mental health services in this country.  Just because there are mental health diagnoses doesn’t mean they have to overly complicate that person’s naming of an agent under a health care power of attorney, but they sometimes result in that.  Most of us don’t think about this aspect in the context of “health care” and the MDPOA, but there are important details that can trip up our longevity planning and complicate access to information and assistance for an adult which otherwise might easily be provided by family members or other loved ones on whom we rely.

What does this scenario look like?  This doesn’t come up  very often, but when it presents itself, it is often very challenging to sort out and even more difficult to come to an arrangement that meets the needs of all those involved.  On a continuum, the most straightforward situation is with a family member who is seeking to name, in writing, particular persons as his or her agents.  In this scenario, it is a good idea to have a customized MDPOA which sets forth the scope of the agent’s powers, so it is clear that they include mental health matters.  Where it gets much more difficult is where the adult may want to name an agent but doesn’t feel clear about the mental health decision-making authority or where the person’s capacity to execute a MDPOA may be in question.  The most challenging situation is where a concerned family member seeks to petition the court regarding an elder adult, who might otherwise be a person who is incapacitated under the guardianship statute, and for whom a doctor’s letter would generally substantiate the nature, extent and cause of the incapacity, except that if mental illness is the primary diagnosis, then much different protocols apply to the protection of that information, and there may also be warranted a different type of proceeding in the probate court.  Let’s take a closer look at some of these issues.

Here’s a link to an overview of the treacherous terrain involved here.  There is also something known as a psychiatric advance directive (PAD).  In Colorado this means that a MDPOA may have instructions, or instructions may be given to the agent named in the MDPOA which specifically relate to the provision of mental health services, including psychiatric medications or hospitalizations.  These instructions must appear in the MDPOA as they may not otherwise be recognized in a “stand alone” document.

Some of the problems originate in the different sources of law – federal law of the Health Insurance Portability and Accountability Act HIPAA relating to protected health information, for example, and state law relating to protective proceedings (guardianships and conservatorship) and mental health proceedings. The appointment of an agent under an MDPOA is governed by state law.

HIPAA is a federal statute which has had a tremendous impact on health care providers since it was promulgated in 1996.  My own MDPOA form refers to the regulations (from the Code of Federal Regulations) which cover the statute’s provision regarding who is a person to whom information can be released.  The codified HIPAA rules cover protected health information and its access, including electronically transmitted health records and require consent for the disclosure of such information to third parties.  Where an agent is named to make decisions on behalf of the principal and the principal cannot give informed consent to treatment, the agent obviously requires access to the medial information in order to make a decision about treatment options.

Mental health matters are generally governed by state law.  In Colorado, a statute governs the particular types of providers in the mental health field, including psychologists, social workers, counselors, therapists and others.  See C.R.S. § 12-43-101 – 805.  Note that HIPAA gives an exception to the general rule requiring consent prior to sharing of information regards “psychotherapy notes” which are a special form of protected information and the regulation is fairly detailed.  See 45 C.F.R. § 164.508(b), (c).

The connection between federal HIPAA law and state mental health legislation and other sources of law generally concern the disclosure of information.  While HIPAA is a comprehensive federal statute, it is not designed to preempt state law.  The CFR relating to substance abuse regulation (which fall under the umbrella of mental health for HIPAA purposes) provides that the federal law is designed as a “backstop” of sorts in that if the state law is more protective, it controls, otherwise the federal law often provides the minimum standard.

There has been some recent criticism of Colorado’s rules relating to what constitutes an “imminent danger” for purposes of an involuntary commitment (a/k/a 72 hour hold).  Finally, for more information, see this article about HIPAA and mental health records.  That’s all for now, stay tuned for developments.