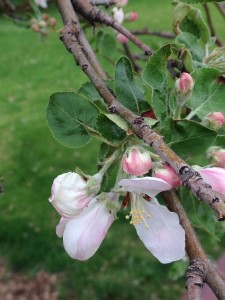 As you have undoubtedly noticed, Americans are living longer than ever before.  One of the side effects of this longevity is a fairly strong likelihood that an incident or period of incapacity or disability will accompany that long life.  Yes, we baby boomers seem to think that if we just continue to exercise and eat right, somehow we will get a ticket to longevity that ensures our vital longevity.  After all, we boomers practically grew up with Jack LaLanne!  Long before Hans und Franz of SNL fame, there was the blue-jumpsuited “Godfather of Fitness” (I learned of this moniker this only as I did a bit of web research).  LaLanne died in 2011 at age 96, with nary a gray hair on his head!

So what about this longevity issue – I am thinking of it in the context of the death denial and youth glorification convergence . . .?  I’ve written about it before.  Death strikes fear in people’s minds, and even in our hearts.  For many it is a major anxiety producing thing to consider, let alone contemplate.  Ernest Becker wrote about this in The Denial of Death.  A favorite book of mine stands in contrast to this well-recognized fear, in Who Dies, authors Stephen and Ondrea Levine take a completely different approach to this fear and address it in the context of conscious living and conscious dying.

So how we view this life and death experience, in terms of what we fear and what we embrace, what we can know and what remains mystery, this is far from a “standard” human response.  I might be getting off-topic here, but let’s face it, with this kind of a topic it’s hard to know where things will lead!  I don’t think we’ve always lived like this – with such “faith” in medical science as something that will somehow protect us from the ravages of illness, old age and eventual death.  I am pretty certain that our scientific progress in understanding more of how our bodies function, age and eventually die, has brought about a thinking that we can somehow “manage” death.

And so we hold death at bay, we call it the enemy and we make our lives a struggle against the inevitable.  Well, if that is the sum of a life’s purpose . . .  I would say “that ain’t much!”  When many of us are ill and eventually die, we often employ that language of warfare.  Example: John Doe fought bravely in his struggle against metastatic prostate cancer.   On this topic of battlefield euphemisms, my friend Liz sent this excellent article to me from “The New Old Age.”  Bottom line is, the militaristic language, the fighting words we see so often and hear in conversation do nothing to empower our lives and our sense of purpose in our lives.  I would argue that this language and its approach rob us of our purpose, disempowering us by making us random and senseless victims of our lives in our death.  Remember the announcement of the war on cancer by President Nixon?  Most recently we have the war on Alzheimer’s announced by President Obama.

So back to the longevity planning theme and the fear of illness, frailty, disability . . . .  life on its own uncertain terms.  The fear of disability is more troubling in many respects than the fear of death.  Much of it springs from youth glorification, an extension of that anxiety around death which often includes processes, occurrences and diseases that often precede death.  Is the glorification of youth simply an extension of the denial of death?  I am not asserting that the American cultural obsession with the denial of death is a recent occurrence or produced by the baby boomer generation.  No, it goes back further than that.

I have written previously about the fear many of us have of getting Alzheimer’s or some form of dementia.  I think there is also plenty of evidence that people fear incapacity at least or perhaps more than the fear of dementia.  Of course, dementia is only one form of incapacity, so the questions may blur the distinctions. There are of course a myriad of other fears which surround aging.  Many of them don’t have to do with losing capacity so much as retaining it in our old age.  I enjoyed reading Roger Angell’s article “This Old Man” in The New Yorker.  It is a story about all those human needs and desires we carry with us into whatever age we find ourselves.  There is no handbook on how to behave when you find out that your 85 year old mother, who has been widowed for less than two years, has started dating on the internet.  And what about physical intimacy in the assisted living or nursing home?  I’ll write more about our cultural fear of aging soon.