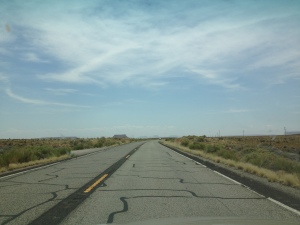 The Road Only Appears to End

I recently looked at the Colorado House bill 15-1135 on the topic “Terminally Ill Individuals End-of-Life Decisions, a/k/a the “Colorado Death with Dignity Act.”  You can read the January 9, 2015 draft here.  There are, as of February 2, 2015, two senate sponsors and an updated version of the bill.  My first challenge with this bill is the how it is marketed – the idea that “death with dignity” can only be accomplished by one’s own hand with the assistance of a physician.  If this sounds provocative, it is – but it implies that the disease process part of a person’s life or the dying from the insult of disease is somehow not otherwise dignified.  Here’s a link to a Jan. 27, 2015 Denver Post article about this proposed legislation, and a link to another appearing on Feb. 1,2015.  This is the first post in a series.

I find myself in the same camp as the hospice and palliative care community as far as the title is concerned.  The idea that the way to die “with dignity” is through physician assisted death by one’s own hand is offensive.  End-of-life decision making is an area in which Colorado residents and patients have many resources.  The title implies otherwise and is simplistic and misleading.  I also find the bill’s descriptions of “alternatives” such as hospice care and palliative care are confusing and misleading. I am unable to come up with a scenario in which physician aided death is a true “alternative” to these.  I think in all cases with which I am familiar, patients have already been under the care of a doctor for hospice or palliative care.  The physician aided dying is more of an “end of the line” complement of sorts to these well-established, even if not widely-recognized forms of medical care.  The primary distinction between these, what makes physician assisted death (PAD) a real alternative to hospice and palliative care is that physician assisted death is not a natural death as the result of a disease process.  PAD represents a premature death, hastened by a number of different perceptions and choices about what one’s life is for as well as one’s own ideas about loss of autonomy amounting to loss of dignity and as needless suffering.  In this respect, terminal disease is a failure of one’s ability to control an outcome, and fear of a change in one’s identity in the world due to a change in one’s relationship to others.  I think physician assisted death further isolates and marginalizes people and the dying in particular.  It is in the time of weakness and vulnerability when we need each other.  This is dignity, what it means to be human.  Here’s a link to a recetly posted youtube by Jean Vanier, of L’Arche Internationale, speaking to the English House of Lords, on why the strong need the weak.  I think it easily translates into why the healthy and living need the sick and dying.

Another big distinction between PAD and hospice and/or palliative care is the philosophical problem of distinguishing physician assisted dying from medical care.  That difficult distinction crops up throughout the bill with the challenge of identifying informed consent in a way that is a major departure from its history.  The Greek roots of the word “euthanasia” mean “easy death.”  There are different types of euthanasia, as described in this abstract from pubmed.gov and the moral dilemma presented by its practice is ancient.  Euthanasia is premised on the ending of life and may be voluntary or involuntary and active or passive.  Suffice it to say there is no bright line in this arena, only slippery slopes leading in both directions!

One of those slopes I find particularly troubling concerns the definition of “capable” in the bill.  This is defined in section 25-47-102(3) and it is overly broad.  We don’t have any context for this meaning of “capable” – capable to do what exactly?  This is the touchstone for capacity determinations in the field of estate and elder law.   Is this definition of “capable” for giving informed consent for health care purposes or something different?  I conclude it must be the latter, so the lack of a definition is a big problem.  Would a court need to determine someone “capable” to make a decision under this statute?  Under guardianship law, only those who have had a guardianship lifted are “adjudicated” as “capable.”  All adults, persons aged eighteen and older, are presumed by the law to have capacity.  “Capable” as used in this draft bill is too vague. Another part of the bill (the consulting physician confirmation of 25-47-106(1)(c) refers to this trifecta: requiring that the individual be capable, acting voluntarily and has made an informed decision.  I find this safety net here very interesting – what it is designed to protect against . . .  well that is not discussed anywhere, it is left unsaid.

The absence of any aspect of spirituality is telling – but there are those who think that leaving out the spiritual aspects and the soul-learning of the dying process are too hot not to handle.  See M. Scott Peck, “The Denial of the Soul: Spiritual and Medical Perspectives on Euthanasia and Mortality” (1997: Harmony Books) at 209.

Death is fearful, yet we carry our death within our lives.  Is the essential fear we are talking about in the PAD regime really a fear of loss of control, over our autonomy and the descent into helplessness?  I think in this respect it is a fear of life, life’s uncertain course that leads to our inevitable demise.  This fear of life is the adjunct of the fear of death.   Many of us maintain a certainty that our life is predictable and we can control things that happen to us, if we maintain that fantasy then most certainly are disease, disability and death an affront to our choice, an assault to our personal belief system and no longer simply part of life.  What if we were to do as Lau Tzu suggests – “take care with the end as you do with the beginning.”

I will close this first portion of the discussion of this proposed legislation with an insight from David Wendell Moller’s book “Life’s End: Technocratic Dying in an Age of Spiritual Yearning,) (2000:Baywood) at 159:

. . . the sequestering of dying patients protects ordinary people from the terrorizing issue of death. . . . [the hospital’s] technological coordination of dying serves to submerge, deny and organize the dying process into professionally restricted categories which restrain the expression of personal pinings and fears for both providers and patients.”

It seems to me that the PAD bill serves to further the marginalization of the dying.  More about that in my next post.