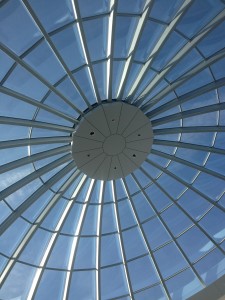 May is national elder law month! As a member of The National Academy of Elder Law Attorneys, I proudly post a blog announcing this theme.  The law of aging? Do I mean physical laws, man-made or what – exactly . . .  Some of those, to be certain.  This another installment on my theme of looking at some of the effects of having so many more people around who are living longer than ever. I’ll start with what I know.  Elder law is a field of practice that is focused on the legal problems of the elderly.  It is not a practice area like securities regulation or DUI defense, where a practice is focused on a particular set of laws (including statutory and case law, along with regulations). No – elder law is a practice area concerned with the legal problems of people “over a certain age.”  Many persons who would be included in the group of “elders” would not consider themselves as such because they don’t think they are “old.”  As we all know, what is considered old is a sliding scale. For purposes of the federal Age Discrimination in Employment Act, the protected class of persons is people age 40 or older.  According to the new Colorado law for mandatory reporting of elder abuse, an elder is a person aged 70 or older.  So you can see that the legal system doesn’t have a clearly defined number when it comes to defining “elder.”

Gerontology is the study of aging and older adults. I am borrowing from the useful definition I found at the Institute of Gerontology at the University of Georgia’s College of Public Health.  They offer a further definition, one that is being updated as we go along:

The science of gerontology has evolved as longevity has improved. Researchers in this field are diverse and are trained in areas such as physiology, social science, psychology, public health, and policy.

A more complete definition of gerontology includes all of the following:

Gerontology is a multi-disciplinary approach to the study of aging using research methods and applied science.  They didn’t specifically include law in their definition, but I am confident that the development of elder law is part of the evolution of the field of gerontology just as it helps inform the multidisciplinary investigation of the burgeoning number of elders in this country.  I haven’t looked into the career opportunities in gerontology, but I have been interviewed by a couple M.A. students from the University of Northern Colorado.  At first glance, I would imagine that there are many opportunities in this burgeoning field but that because it involves work with elders, it is not highly remunerative.  I did find that UCD offers an adult gerontology nurse practitioner certification.

The doctors serving the population of elders are diverse in their specialties, but the area focusing on the medical and health care needs of elders is known as geriatrics.  It is broad in scope and by its nature (at least in theory) looks at the whole person, with a view to maintain functional independence and self-determination.  Geriatricians are board certified in internal medicine or family medicine and have obtained a certificate in geriatric medicine.  At many geriatric doctors’ offices you can find a team that supports the doctor which might include: nurses, social workers, nutritionists, physical therapists, occupational therapists and other who have special training or experience in treating or working with elders (older adults).  As the baby boomers age, and many of the cohort include geriatric doctors and their staff, there may be a shortage of people equipped to treat this growing number of people.

Some of challenges of an aging population include the medical treatment of diseases associated with aging, and many of these have legal consequences.  Some of the diseases and conditions are Parkinson’s disease, different forms of dementia, diabetes, neurodegenerative disorders, heart disease, arthritis, osteoporosis and hypertension, to name a few.  Chronic diseases that so often in the past led to an early demise are now being managed more successfully.  Likewise, we are facing new medical challenges as a result of aging and its complications.

I recently met with someone who runs a local home care service.  These types of services can be key to allowing elders to age in place in their own homes by making it possible to stay put with the assistance provided by supportive services of providers who come into the home.  Many times people can stay at home and avoid altogether any period of needing to move to a residential facility that offers such services or institutionalization.  One of the topics we discussed was Colorado’s mandatory reporting law, which is now in effect and requires – beginning July 1, 2014 – the mandatory reporting of suspected elder abuse.  While we both strongly agreed that it was about time that Colorado had such protections in place, I mentioned to her that putting elders (people 70 and above) in a class of people does have certain implications for ageism and civil rights.  Don’t get me wrong – I think these protections and wider enforcement of the law are overdue, I just recognize that this area of the law – of determining whether an elder has been abused or exploited by another – contains a fairly large gray area.  The treatment of elders with dignity and respect in a way consistent with their civil rights and protecting them from and allowing fuller redress of exploitation and wrongdoing of others may be a bit of a challenge in many cases, where protection might really mean paternalism.  I will write more on this topic.  As far as I’m concerned, it is a new frontier of civil rights.