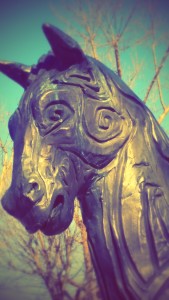 What would a change in our guardianship law in Colorado mean?  Well, that depends! In my previous post about guardianship reform I looked at it in general as well as its application to Colorado.  In today’s post I’m asking some additional basic questions, which are aimed at making some fine-tuning adjustments where our present law doesn’t appear to suffer any major shortcomings.

How Can We Appropriately and Affordably Assess a Person’s Capacity?

Last month I attended a meeting of the UGCOPAA subcommittee of two Colorado Bar Association sections.   We are tasked with looking over the proposed uniform law’s provisions and we discussed some of the UGCOPPA’s provisions concerning the role of evaluations – like neuropsychological evaluations to assess a person’s functional capacities to perform different cognitive tasks of a person’s capacity.

How can we ensure that a capacity assessment is “good enough” for purposes of a court’s determination regarding whether a person is incapacitated or whether a person could benefit from assistance for particular tasks or function – something short of an unlimited guardianship and what will later be discussed as a kind of “other protective arrangement?

What Are the Implications for Going Beyond a “Physician’s Letter” that Are Currently Used to Support a Petition for Guardianship?

In Colorado, our law presently disfavors the imposition of plenary or unlimited guardianships over limited guardianships.  But – and this is a big caveat – the difficulty, particularly in addressing the circumstances of an elder with worsening dementia, is that it may sound like a good idea to have a limited guardianship but such arrangement may not be workable on a practical level because it might require the court to revisit the person’s needs as they increase and require more support from others which would not be contemplated in a limited guardianship.

Will the cost for getting a “good enough” evaluation make the proceedings too expensive?

The challenge here is how to make the laws accessible but still affordable for states with tight judicial resources. Easier said than done! I don’t think it would be a good idea to have a law which is an “unfunded mandate” in this context!

In case you’re wondering what is going on in the rest of the country regarding “guardianship reform,” there are some recently updated resources from the American Bar Association’s Commission on Aging.

Remember that the “guarding the guardians” theme is nothing new for guardianship legislation.  Over the years, studies have been performed to assess the effectiveness of monitoring and oversight by courts, as well as training and accountability for court appointed fiduciaries (including guardians).  There have been a number of national guardianship conferences (including those known as “Wingspan”) in which specific recommendations have been identified, which have included those concerning monitoring  by courts.

The National Center for State Courts also has a Center for Elders and the Courts webpage, which contains useful resources including an elder abuse toolkit and an elder abuse curriculum.  What we’re really talking about here in guardianship reform is about preventing elder abuse.  But it is complicated because the definitions concerning what constitutes elder abuse are inconsistent among states and federal law.  I do not want to diminish the importance of looking at reforms for state guardianship laws, but in my experience, the detection and reporting of elder abuse is a far more challenging and pervasive problem.  Ensuring that the civil rights of elders are protected requires us to look at the big picture in this regard, so that is what we are doing.  More on this topic next time….