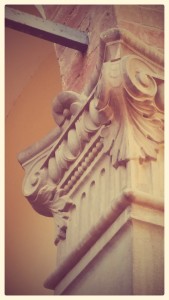 Last Sunday I presented to a lively and engaged group at a local church on the topic of health care self-determination.  This post is a bit of a follow-up to that conversation on the enduring topic that “it is never too soon to have ‘The Conversation.’”  The best approach to getting these matters in order is to have a conversation with loved ones about wishes, which are then solidified by the documentation.  The documents are often meaningless if people don’t know of their existence or the context for the expressed wishes!

These topics seem relatively straightforward, right?  Well, I got the idea for writing this post initially as a result of a discussion that took place on one of my listserves.  It is one of those situations where “the law” and how things work out there in the outside world don’t quite sync.  The question concerned a situation in which decedent stated her wishes to her child that she wanted to be cremated, but the mortuary told adult child that, without anything in writing from the decedent stating her wish to be cremated, they would need to contact and get approval from decedent’s other children to get their joint approval for cremation.  It would seem that the funeral director wanted to follow the old law “next of kin” even though there was a statute in place that covered this issue. . . .  There was a good discussion about this topic and so I thought it was worth writing about.

You might think this is a straightforward proposition, but it is not, as I have blogged about previously in a post about “brain death.”  The only legal and medical definition of death in our country came about as a result of a uniform law – the Uniform Declaration of Death Act (UDDA).  It was drafted in 1981 by a President’s Commission to study brain death and was approved by both the American Medical Association (AMA) and the American Bar Association (ABA) shortly after its publication.   The UDDA offers two definitions for a legal declaration of death: (1) the irreversible cessation of circulatory and respiratory functions; or (2) the irreversible cessation of all functions of the entire brain, including the brain stem.   The most common type of death is the first one and you can see how the second definition courts controversy, especially given advances in neuroscience and further advances in measuring the occurrence and quality of brain activity.  States have adopted the UDDA, many with their own adaptations of the second definition.  In Colorado, C.R.S. § 12-36-136 provides:

(a) He has sustained irreversible cessation of circulatory and respiratory functions; or

(b) He has sustained irreversible cessation of all functions of the entire brain,

including the brain stem.

Death in Colorado encompasses the entire brain, not simply some aspect of brain function.  But the treatment of brain death is inconsistent and some argue that the neocortical death (part of the brain believed to contribute to consciousness) is more appropriate than “whole brain” death and  may better address neurodegenerative disorders that can lead to steep functional decline, particularly in the elderly.  This is an evolving determination, as addressed in (2) above “accepted medical standards.”

So once someone is dead, there is the question of what happens with the body, this is where the Disposition of Last Remains can be helpful information.  The declaration of last remains, addressed in our statutes at Colo. Rev. Stat. §15-19-103 et seq., covers several aspects of the disposition of a corpse.  The context for the statute does in some important aspects address the three major historical funerary customs in our country: (1) the rituals performed for a dead person, which can include a visitation or wake; (2) a funeral or memorial service; and (3) the burial service or inurnment.  No, cryogenic preservation is not covered in the tradition surrounding death and disposition of a body, nor is biological continuity – but assistive reproductive technology legislation covers several aspects of what we might leave behind and in Colorado at least, has room for growth.

The statute contains a form for the declaration of disposition of last remains at C.R.S. 15-19-107, and it includes some very important choices, including:  burial, cremation, entombment or “other;” a disposition as determined by a named designee; and requests concerning a funeral, memorial service and other special instructions.

A disposition of last remains often contains a variety of information and this often includes “Anatomical Gifts.”  These gifts are the primary reasons that we have any law at all that defines death – so as to enable organ donation.  This is why “brain death” is called such and why it still remains controversial in many respects.  In the advance directive form I use, there is a clause concerning anatomical gifts.  Many Colorado residents have selected the option of signing up as an organ donor with the Department of Motor Vehicles (a division of the Department of Revenue), and these folks are identified with a small red heart with an embedded “Y” on the lower right corner of the front of the license or identification card.

So what about the interface of the Disposition of Last Remains with the Medical Durable Power of Attorney (MDPOA)?

An MDPOA may also contain a statement of wishes or give the authority to the agent, after the principal’s death, to make a determination of disposition of last remains of the principal.  This is so because an MDPOA is a “declaration” as defined by C.R.S. §15-19-103.  This is a long post, thanks for reading and until next week . . .