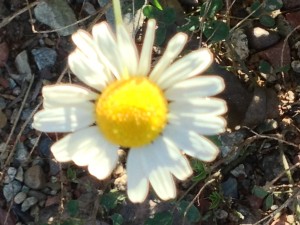 You might be wondering why an estate and elder law attorney would be writing about this topic in a post.  Well, perhaps it’s my years in federal court reading about and listening to civil rights actions, but it is an ongoing interest of mine as well in that it is the evolution of our networked civil society.  Last week I presented a continuing legal education program to a Boulder County Bar Association group entitled “Lawyers on Facebook – Oh My!”  It was an update of a program I presented over a year ago at the Colorado Bar Association (my “5 minute mentor” video here), and although its title is narrowed for comedic effect, it’s really about lawyers using (and misusing) social media.

I  recently read with interest the Wall Street Journal’s post  about the recent decision by the U.S. Court of Appeals for the Fourth Circuit (Colorado is part of the U.S.C.A. for the Tenth Circuit) in Bland v. Roberts.  In that decision, the court held that a Facebook “like” was protected speech under the First Amendment.  As I recall from some previous research I did for a “Lawyers on Facebook Oh My” continuing legal education program I presented, the trial judge (from the Eastern District of Virginia) tossed out on summary judgment a deputy sheriff’s claim that a “like” on Facebook (here it was on the page of the candidate for sheriff who was running against the incumbent sheriff, for whom the deputy worked).  The trial judge entered summary against the deputy (Carter) on his claim, ruling that the “like” was not protected speech because it wasn’t sufficient to constitute speech, let alone protected speech under the First Amendment.  The Fourth Circuit decision changes this.

The deputy sheriffs who were the plaintiffs in this civil rights action under 42 U.S.C. §1983, alleged their former boss retaliated against them for their support of the sheriff employer’s electoral opponent.  The deputies were not reappointed to their positions after the sheriff was reelected. Bottom line for this decision though is that the sheriff defendant is entitled to qualified immunity.  Qualified immunity is an altered version of sovereign immunity, or the historical doctrine of “the king can do no wrong.”  It is a standard defense to civil rights claims asserted in federal courts against state and federal defendants.  The ACLU, Facebook and the National Association of Police Organizations each filed amicus – friends of the court – briefs.  At page 36 of their opinion, the Fourth Circuit examined the claim of the single sheriff’s deputy plaintiff (Carter) who asserted that her liking her boss’s opponent on Facebook was protected speech.   In its multi-page analysis of Facebook speech, the court cited to the amicus brief of Facebook, Inc.  The court determined that “once one understands the nature of what Carter did by liking [the sheriff’s opponent’s] Campaign Page, it becomes apparent that his conduct qualifies as speech.”  Bland v. Roberts, slip op. at 39, relying on two U.S. Supreme Court opinions and going on to determine that the Campaign Page was pure speech as well as symbolic expression.   The court held that Carter’s “liking” was, as a result, expressive conduct with a particularized message, not unlike placing a political sign in one’s front yard.  The court continued its thorough analysis of the nature of the speech and the applicable balancing test and held that Carter’s allegation is sufficient to withstand summary judgment and reversed this determination of the trial court and remanded the issue for trial.  Id at 44.  This is very interesting

The world of social media and internet communication and interaction is constantly evolving.  Apart from the legal issues that particularly interest me as an estate and elder law attorney – digital assets in the probate context – there are many aspects of our social and political discourse that are changing as a result of our interaction with social media.  Stay tuned for the next couple posts about digital assets in the estate and elder law context.