Okay, at first blush you might think this is some kind of takeoff on that Hunter S. Thompson novel, but no, not at all (just the same number of syllables) – it’s just my sometimes warped sense of humor.  I’m on a roll – I delivered documents to a client for signing today and made jokes about my lack of appropriate “execution” attire to my two witnesses. 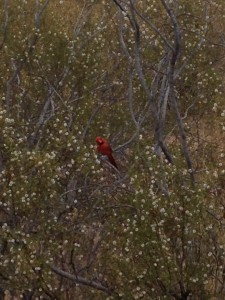 A few weeks back I was talking to a retired teacher who lives in my neighborhood.  She mentioned in an offhand sort of way that retirement was boring.  I didn’t really know her well enough to ask a deeper question in response, and the conversation proceeded to other topics.  I think boredom is a big problem for many retired people.  I think of my favorite high school teacher who died several months after retirement.  I know that death soon after retirement is an extreme example of what I ‘m talking about here, but the bigger questions is – what do we do with our time that is remaining?  What is boredom anyway – is it a psychological or emotional phenomenon, a cultural phenomenon – could it lead to an early demise?  I think the answer is “yes” to all of the above.  In the July/August 13 issue of Scientific American Mind article by James Danckert entitled Descent of the Doldrums,  the author (a professor of cognitive neuroscience)  identifies two types of subgroups for the study of boredom in people: (1) agitated boredom in which people tend to rely heavily on external stimulation, where the expectation is that the world is to deliver their entertainment rather than attempting to amuse themselves; and (2) apathetic boredom, which goes by the colloquial term “couch potato” which is essentially disengagement.

The first type, which can include ADHD and traumatic brain injuries tends to be more troubling at least externally  because it can manifest in risky behavior that can lead to disastrous consequences.  But I wonder about the second type of boredom and elders.  Asking oneself “is this all there is?” after reaching the promised land of retirement – only to find it isn’t what it was cracked up to be . . . .can also lead to an early demise but is probably driven more by internal factors.  A 2009 article in the International Journal of Epidemiology concluded that “those who report being bored are more likely to die younger than those who are not bored.” . . . . Finding renewed interest in social and physical activities may alleviate boredom and improve health, thus reducing the risk of being “bored to death.”

So lumping these two articles together, I make the connection that the higher degree of boredom, the greater likelihood that a person would show depressive symptoms and low motivation – an interesting boredom and depression link here – and the increased risk of cardiovascular disease and premature death.

I also found a 2007 article with a similar title interesting   and it discusses the individual differences as well as gender factors (men are more likely to be bored than women) that contribute to the wide gulf of feelings  that are or flow from boredom.  I tend to think (as a mother of teenagers) that the always on, networked environment that surrounds young people and those of us who identify as “digital immigrants” contributes to boredom as an inability to entertain ourselves.  Its implications for being able to relate to other human beings on an emotional level is a topic I have blogged about previously in a GriefLink   post  .

So we can think of many behaviors associated with the state of boredom and many reasons that can contribute to a sense of boredom – but what is it and why should we care?  On a big picture level, boredom is essentially a disconnection from the present tense, being engage in your life as a purposeful activity.  Many of us suffer through jobs we don’t like or find meaningful and we might look forward to that far away notion of our retirement like a ship on the horizon coming to rescue us.  Funny thing is that once many people transition to be retirees, it is as if something flips – our orientation to the present is still distant from our perception and experience of life, even as that ship takes us away from the island, the island becomes the backward-looking focal point against which experiences are measured.  A good recent literary example of this phenomenon is found in the 1983 book “The River Why” by David Duncan.  He writes of a “lifelong dream” that turns out to be hollow and meaningless.

I liked what Robert Sardello wrote about soul boredom and fear in his book Love and the World:

One feels boredom when there is a desire for new experiences, while at the same time new experiences are not allowed to enter.  I feel bored when I want to do something but do not know what to do because the prospect of doing something really threatens old conceptions.  Boredom may be the primary malady of the age.

In some ways, certain forms of dementia are a process of forgetting who we are in our personal identity.  For some people this can manifest as an inability to remember the past as well as anticipate the future –  which means there is only the present moment, with no other relational context.    So – what to do with the boredom and emptiness, the hollowness of interior when you arrive at a place that looked so completely different when it was a far away goal?  This crisis of meaning is a wonderful opportunity to examine a life’s purpose, the journey so far.