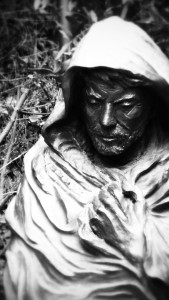 In last week’s post about Colorado’s Prop 106 – End of Life Options, I looked at the version of “death with dignity” as another theater for denying death.  Someone I spoke with a couple nights ago was puzzled when I made this comment as she thought that choosing one’s own demise couldn’t be, by definition, death denying.  Well yes, there is a difficulty with the terminology here as well as the language! But I am talking about the big picture here.

How do we define “deathbed” when it is someone who actively wants to die, as opposed to someone who may or is likely to die relatively soon, most likely as the result of a terminal disease?  Are the deathbed and our deathbed ethics defined by the person who will die or do we use some other standard to determine this?

Oregon has had a physician assisted death statute the longest of any state, since 1997.  The 2015 Oregon statistics are quite telling here. I think most people conclude that what we are talking about here is the ending of a terminally ill person’s intractable pain.  But wait a second, that reason is pretty low on the scale of what people in Oregon mentioned in 2015 to justify their choice of physician assisted death.  The top three reasons were: “less able to engage in activities making life enjoyable” (96%); “losing autonomy” (92%); and “loss of dignity” (75%).  Does this surprise anyone?  “inadequate pain control” was mentioned by 28.7% of people.  We are not talking about physical pain here, contrary to what most folks seem to believe.  People getting the lethal medications are saying that it is the pain of losing the life they once knew, as an autonomous individual.  This is one of the reasons why the Not Dead Yet disability community and many others get excited about this important detail –  because it is inherently a quality of life issue.

Besides, there is a problem here with this “physical pain” rationale . . . Why, if the question is intractable physical pain as touchstone, would we limit the relief allowed only to those suffering from a terminal illness.  Why exclude from physician assisted death those who face chronic, intractable and debilitating pain but are not terminally ill?  Dax Cowart’s story about his right to refuse treatment in this context is instructive.  Cowart wanted, demanded to die on many occasions, but wasn’t allowed to do so.

Note that it is not possible for us to exercise our rights in a vacuum.

In the context of this asserted right, as identified at least within the parameters of Prop 106, how do we account for the basic human dignity inherent in our lives – in whichever level of capacity or incapacity, meaningfulness or meaningless we find ourselves?  I don’t think the asserted right addresses this at all.  I think here the asserted “right” is simply an uneasiness with our “diseasiness.”  Quality of life and human dignity – how do we calculate or assign value to our existence? If we focus on what we don’t have any longer (as many elders tend to do) – a level of autonomy previously enjoyed that is no longer, a loss of control over bodily functions, and a dependence on others for basic needs – then we assign a limited and diminished value to a particular type of our existence.

I have spoken with more than a few elders who have explicitly stated that they do not want to outlive their money or have mentioned other ways in which they do not want to be a burden on their children or others.  If the elder is old and frail, maybe appearing to be going downhill after a fall, what would there be to stop or slow a family member’s subtle coercion to simply give up?

Well, it turns out I could write many more posts on this topic because it really is about the quality of our humanity, not the right to die with a doctor’s assistance.  So, you’re wondering . . . what is the alternative?  In my first post I mentioned how Medicare, only since January of 2016, has been paying its doctors to have an end of life conversation with patients.  There are other important changes to medical care for elders as well as others with serious or chronic illness.  I am thinking of palliative care and hospice care – different types of medical care but with the common value and goal of treating the whole person, not just the medical problem which the patient presents.  Hospice care has, in addition to its provision of medical care, a focus on spiritual care as well as counseling – often done with social workers with the patient as well as their family members.

We must remember that death is not simply a “right”, it is a normal part of life.   Focusing on the quality of life is obviously challenging when there is terminal pain involved or a chronic illness that causes that pain.  In the context of Prop 106, death is treated as a right, to be exercised in order to vanquish that viatlity- and quality of life-robbing illness that would cause death its own time.

I think we should give our palliative and hospice care specialists just a bit more time and open our minds to more life-affirming options that are truly compassionate medical care of the whole person.   I liked what this article about palliative care from the NIH had to say:

A comprehensive psychosocial and spiritual assessment allows the team to lay a foundation for healthy patient and family adjustment, coping, and support. Skilled expert therapeutic communication through facilitated discussions is beneficial to maintaining and enhancing relationships, finding meaning in the dying process, and achieving a sense of control while confronting and preparing for death.

There are choices besides dying in a hospital, alone and in pain – or what Prop 106 offers.  Let’s not give up hope for ourselves just yet.  Let’s not make this failure of medicine’s ability to effectively treat our end of life conditions or intractable pain, a failure of our humanity!