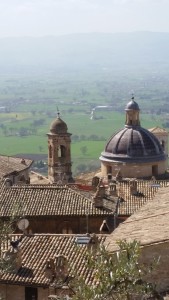 At a former client’s request, I am writing a bit more about the ballot initiative Proposition 106 on the November ballot for Coloradoans.  Read the text of the initiative here.  It was formulated as Prop 106 after two unsuccessful attempts to get a version of the Oregon statute through the Colorado legislature.  After the bill died in the spring of 2016, supporters made good on their threat to take it to the voters in a ballot initiative.

Why do I bring up “deathbed” ethics here? Because I think there is an important and a vital distinction between allowing for an easier death, a good death – which is the historical meaning of euthanasia, and the causing of death by hastening it with a life-ending prescription.  In our post-modern America, we have become estranged from death and dying.  Dying has come to be seen, as life has for so many elders, as the management of a medical problem.  This is recently changing as more people are able to die at home and with the wider familiarization with hospice and palliative care.  Most of us care about the quality of life and so, consequently, about the quality of a death or a dying process.  Throughout history, we humans have always tried to control the way in which we die.  But is dying an accomplishment or part of a life process?  How do we master death?  I am unsure of the answers to these two questions, but I can tell you that Prop 106 has one answer, to this question – that is to take one’s own life with life-ending medication, which proponents have historically termed “death with dignity.”

I find offensive the idea that the only “death with dignity” is by one’s own hand and within a time frame selected by the one choosing to end their life.  I think this is no mastery of death at all, but represents an even deeper form of denial, an escalation if you will, of the denial of our own mortality.  It’s as if we say to ourselves “I’ll show you death – I will choose you and not allow you to choose me!”  This reminds me of a line from a favorite children’s book – Arnold Lobel’s Frog and Toad Together when the two friends (observing a hawk overhead) scream together “we are not afraid!”

We live in a death-denying culture and I see this Prop 106 as simply another means of denying death, but this step requires the endorsement of others on two levels: first, in the form of a change in the law to allow for assisted suicide or physician assisted death; and second, in the form of the fundamental change in the way doctors treat patients.

Americans love to discuss and debate the meaning of our rights and how our rights are best protected.  We tend to focus on individual rights in particular and sometimes we tend to forget that for each right there must me some relationship for its exercise, some context for it to be meaningful and substantive.  What if our focus on this asserted individual “right” is more akin to a coping mechanism (maybe a dissociative pattern?) in the face of suffering?  In this sense, Prop 106 represents a solution to a different problem, a philosophical problem of human existence and not the one described in the initiative.

The “right to die” is a misnomer for what this ballot initiative –– is about.  Suicide is no longer a crime in any U.S. state.  People already have a right to die as such (without another’s assistance) and people take their own lives every day. The right which the “end of Life Options” initiative concerns is the ability for a class of terminally ill persons to be able to get a prescription from their doctor (without criminal penalty being imposed on the medical provider) for life-ending drugs. Prop 106 refers to these as “medical aid-in-dying medication”, but I have difficulty calling them medication, because that would be for treatment, but this initiative includes the ending of a patient’s life as medical treatment.  Is this a big deal? Yes, I think so!   Colorado law currently provides that a person aiding another’s suicide is felony manslaughter (Colo. Rev. Stat.  18-3-104(B)).

This “right to die” which is Prop 106, is a right, the exercise of which, is premised upon the necessary involvement of another person (and institution) for its fulfillment.  If you are interested in reading further about this, you can take a look at the U.S. Supreme Court’s 1997 decision in Washington v. Glucksberg, in which it determined that the asserted liberty interest (under the Due Process Clause) had no place in our legal, medical or other traditions and to decide otherwise, would force the Court to “reverse centuries of legal doctrine and practice, and strike down the considered policy choice of almost every state.”

Whether we call this active euthanasia which is described in Prop 106 as a “right to die,” or a self-inflicted “mercy killing,” Prop 106 would change the most personal act of whether to end’s one’s own life into a a matter of policy, by forcing endorsement of voters and the medical community to institute a fundamental and historical change in the doctor-patient relationship.

Some patients would say that their right to receive life-ending medication should trump this historical relationship, but I find it incredibly inconsistent that, only since January 2016, Medicare has begun paying its doctors to have an end of life conversation with patients.  This was a big step and an important recognition from a system that has fully supported viewing people as medical problems and not as people!  Additionally, CMS (the Centers for Medicare & Medicaid Services) recently issued has new regulations that enshrine “person centered care” for residents of long-term care facilities.  I think this forcing of a doctor’s hand to assist our own in choosing to take our own life is simply impatience with the problem of living – and our difficulties discerning the difference between what we recognize as living and as dying are the problem. Prop 106 is not the solution to either of those challenges.

I will continue this discussion next week when I delve further into the stated goals of some proponents and what this law allow and its implications for frail elders. . . .