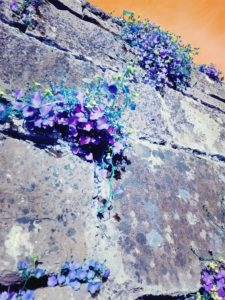 There is typically a lot of shame and guilt around abuse or exploitation with an elder victim, particularly when the abuse is perpetrated by an adult child or family member of the elder and the elder may be reluctant to take any protective action on their own.  The elder often suffers alone and in silence and will sometimes neglect themselves as a result.  Remember that we don’t really have any firm grasp on how rampant elder abuse or exploitation is in our country due a number of factors which include: the reluctance of a victim to self-report; the variety of state law definitions of what constitutes elder abuse; and a lack of any central clearinghouse for collection of state or federal data concerning reports of elder abuse (in its different aspects).

Financial exploitation, emotional or physical abuse tend to have serious and life-shortening health effects for an elder.  Remember that a 2009 JAMA article on Elder Self-Neglect and Abuse and Mortality Risk stated that elders who have been abused have a 300% higher risk of death compared to their age cohort of those who have not suffered such abuse.  This is most certainly a health issue for at-risk elders and this fact makes it that much more important that doctors, particularly ER (or ED) doctors be trained to recognize the signs of abuse or self-neglect resulting from mistreatment.

The ER doctor sees not just the immediate physical effects or injuries of a physical abuse or emotional abuse (spiking blood pressure, increasing risk of stroke or heart attack) but they also see the effects of depression and other factors which both contribute to an elder’s isolation and vulnerability and are the ongoing results and manifestations of the elder’s victimization.

A recent Kaiser Health news article recently highlighted findings from a study in New York on increasing ER doctors’ awareness of signs of elder abuse.  Some of the training is around going behind the explanation of the injuries – usually from a fall or some other accident, and asking questions which may uncover the abuse which caused the “accident” and its injuries.  We have a long way to go to train more ER doctors to be up and running mandatory reports.  Doctors have made huge strides in recognizing other “accidents” or injuries resulting from domestic violence and child abuse and we need to have the same strides made for the detection and reporting of elder abuse.  It’s time!  We need to connect the ER doctors more effectively with the agencies involved in assisting victims – adult protection services and law enforcement agencies.

Here is an informative pdf from Florida State University’s National Prevention Toolkit on Domestic Violence for Medical Professionals. You might think it has to do with domestic violence, but it is a document that looks at each of the fifty states’ laws on reporting elder physical abuse. It identifies the reporting law for elder abuse, identifies who are the mandatory reporters (especially physicians and other health care professional) and provides some detail concerning the applicable civil and criminal statutes.

Why is it important to empower doctors with this information? An article from 2015 on physician screening for elder abuse observed:

Healthcare workers, more specifically Emergency Department physicians, are in a unique position in which they can not only screen and detect elder abuse in their patients, but also can change the abusive situation and prevent its continuation.

A brief article on emergency department care (filed under elder abuse treatment and management) urges doctors to take the time needed to assess a suspicious situation, noting that elders do not usually self-report and observing there may be concerns around balancing autonomy and safety.  Referral to APS is noted as “vital to decrease morbidity.”

Physicians and other health care professionals can provide important, necessary and perhaps life-saving medical care to victims of elder abuse.  Here is a link to a webinar on the ElderJustice.gov site to a webinar entitled “How EMTs Can Help Identify and Report Elder Abuse.”  When there is widely available training of medical professionals about how to ask and what to ask an elder on this difficult topic and there is also familiarity with available reporting units (APS or law enforcement) and sources for service referrals to assist the elder, elders in our community will be better served and the community will have another valuable resource for reporting incidents of abuse.