In this post, I look particularly at a couple topics that touch on issues that relate to both the agent/conservator (while a person is still living) context (what we elder law types refer to as disabled or incapacitated) as well as the post-mortem (decedent’s estate) context. 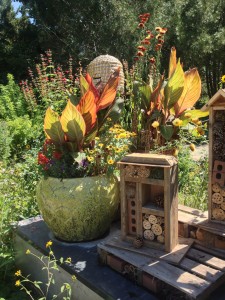 After reading last week’s post, one of my readers expressed to  me that he thought it was perhaps a bit too much of the big picture and didn’t see how the post hung together.  So, with that helpful observation in mind, I write today’s post with the intent for a slightly more concrete approach. . . .

Today I will focus on two major aspects of digital assets and our thinking about them.  First, I will look at the historical distinction between tangible versus intangible property and how digital assets extend this historical distinction in a new context.  Second, I will briefly examine the intersection of laws that apply to and are involved in our online activities, specifically I’ll take a look at which law applies and in what context-  the federal law and state law sources for internet regulation.

I recently spoke with a colleague who has been practicing for over forty years.  He has a tax law background and I am lucky to consider him part of my “brain trust.”  I liked his comments to me about digital assets, that they are basically just intangible property of different stripes and that this management issue for the decedent estate context can be managed in a way similar to the historical use of a “literary executor” that many writers have employed over the course of history.  I plan to revisit this prospect of “digital executor” in future posts.  Okay, I promised I was going to get more literal in this post, so here goes.

It defines “intangible asset” as: Such values as accrue to a going business as goodwill, trademarks, copyrights, franchises or the like.  A nonphysical, noncurrent asset which exists only in connection with something else, as the goodwill of a business.  For “intangible property” is the following: As used chiefly in the law of taxation, this term means such property as has no intrinsic and marketable value, but is merely the representative or evidence of value, such as certificates of stock, bonds, promissory notes, and franchises.  And so if you’re still scratching your head over this legal term for je ne sais quoi, Black’s offers this final shot under “intangibles:”  property that is a “right” rather than a physical object.  . . This sounds pretty well on point so far, doesn’t it?  So, let’s take a look at the second topic – the fuss about how to regulate the internet.

The Supremacy clause, conflict of laws, etc.  One astute commentator (Jim Lamm, who edits the very astute blog digital passing) has discussed the issue of federal preemption in the digital asset context. Federal preemption derives from the Supremacy Clause of the U.S. Constitution, which makes the U.S. Constitution the supreme law of the land.  Remember that under our federal system each state has its own constitution which is free to provide and protect rights more vigorously than the US Constitution, but below which no state constitution can fall, at the  …. There are two basic types of federal preemption, express and implied.  Express is explicit, when the federal law says “this is the law or federal regulatory regime that applies to a particular are of law.  I am thinking back to a case I was familiar with from federal court.  A good example of this is the Federal Insecticide and Fungicide and Rodenticide Act (FIFRA) which confers exclusive regulatory control of labeling of pesticides on the Environmental Protection Agency.  The states have no authority to regulate labeling under this type of federal preemption.

As you might imagine, even  express preemption gets an occasional workout in the U.S. Supreme Court.  So what about this issue in the context of digital assets?  There is arguably no  federal law that states it (the federal government) is the supreme regulatory scheme for the internet, even if there are in place a number of laws, including criminal statutes, regulating use of the internet.  Here is where we look at implied preemption, and the flavor of this type applicable to the digital assets and internet context is “occupation of the field” preemption, basically where the federal law takes up so much of the “regulatory room” if you will, that there is really nothing substantive left for the states to regulate.  It is a far stretch to consider the federal statutes concerning the use of the internet use as concerning a federal interest (as opposed to state interest) that is entrenched in a federal regulatory and enforcement scheme that is all-embracing in such a way as to leave no room for the individual  states to regulate in any meaningful way.

I will forge ahead with this discussion as it develops and as the Uniform Law Commissioners hone their model act.  This will potentially apply to our probate code in Colorado in several contexts  – for agents and other fiduciaries, for guardians and conservators, trustees, as well as personal representatives.  So, once again, we are left with more questions than answers.  This is one of the primary reasons I love practicing estate and elder law – it is constantly evolving.  So, if I might cast my net out on that far shore as I close this post, let me quote a favorite poet – Rainer Maria Rilke – who had a very insightful comment about the importance of questions in a human life:

..I would like to beg you dear Sir, as well as I can, to have patience with everything unresolved in your heart and to try to love the questions themselves as if they were locked rooms or books written in a very foreign language. Don’t search for the answers, which could not be given to you now, because you would not be able to live them. And the point is to live everything. Live the questions now. Perhaps then, someday far in the future, you will gradually, without even noticing it, live your way into the answer.