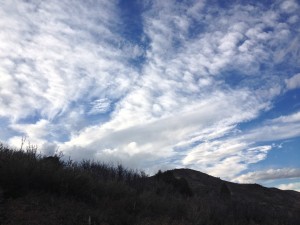 In this first post, I will explore some of the unsettled and unsettling legal aspects of digital assets.  I am going big picture here.  Digital assets are a new kind of property, coming into existence as such by virtue of the technological and communication advancements that are part of our networked online world.  Like any other property, digital assets – an emerging “digital divide” if you will, have both the power to unite people and to distance us from each other.  Flash mobs, crowd sourcing, playbor and lots of other connections are all new ways of collective communication and concerted action which can be used to usher in positive changes, more democratic participation in previously closed institutions, and many other efforts.  Here’s a good recent example in an 11/5/13 post on the CBA/CLE Legal Connection blogpost about “crowdfunding” securities under the federal Crowdfund Act.   The new federal statute allows crowdfunding, a previously prohibited type of sales of unregistered securities over the internet.  Here’s a link to the new proposed regulations – the SEC wants to hear from you about them!

So back to the people and property connection.  I think that a basic question, as Howard Rheingold writes in his excellent 2012 book “Netsmart” is a question of the degree to which each of us embraces change and participation on an individual level so as to become part of something bigger.  Rheingold’s taxonomy of online collective work includes: (1) networking, (2) coordination, (3) cooperation, and (4) collaboration.  (Netsmart at 153-54.)   Some of this work involves hanging out, messing around, geeking out, networking, collaborating, participating – these are just some of the activities that the digital commons can provide participants.  I think conceptualizing digital assets requires a whole new way of thinking about property in this regard.  This virtual message board, marketplace, library, playground or laboratory – however you characterize it – typically defines the “property” by how it is used.  This is a break from tradition, and while this may not be a time for nostalgia really, but there is a looming sense of challenge for many of us when it can become difficult to disengage.   Unless you can bring yourself to shut off your Smartphone while you are with a loved one, on vacation or the like, and otherwise resist the urge to be plugged in 24/7, it can become a huge challenge  even if you don’t “have to.”  Theories regarding the implication s of networked technologies and its implications for human interaction, our sometimes compromised ability to engage in reflective, contemplative and deep thought, and so to an extent, even human consciousness abound.  Last summer I posted on GriefLink’s blog about  the simple power of listening and simple human presence (a/k/a the heart’s ancient technology).   But wait, this post isn’t about the internet as social experiment, it is about digital assets . . . .  there is a distinction, right?

Before I abandon this foray, let me go down one last philosophical path.  What if we consider the networked society and a means to advance the evolution of humans and our civilization (and yes, I am deliberately choosing to ignore that immense sleazy side of the internet)?   Here I will openly borrow from the final post in a series I wrote for the CBA’s SOLOinCOLO  blog:   Interesting to note in this context is “The Evolution of Cooperation: Competition is Not the Only Force that Shaped Life on Earth,” from the July 2012 issue of Scientific American,  and the article by Martin Nowak, “Why We Help.”  Nowak’s article describes a public goods game (inspired by the “tragedy of the commons” of the late 1960s)  that found that people were more altruistic when: (1) they are convinced (educated) that sacrifices for the common good are needed; (2) they are allowed to make contributions publicly (to enhance reputation); and (3)  they feel they are being watched.  Sorry – but this last one sounds positively theological to me, so I have to mention Pierre Teilhard de Chardin, who also had some very forward-looking ideas about the evolution of humanity and consciousness.

Nowak’s final observation is that “the altruistic spirit always seems to rebuild itself; our moral compasses realign.”  I liked this last comment about evolutionary simulations because it looks to be consistent with Teilhard de Chardin’s observations on the drawing together of noospheric effects and offers much promise for realizing the potential of social networks within the Internet.  I love this connection between Nowak, the mathematical biologist at Harvard; Teilhard, the late Jesuit paleontologist/theologian; and … social media.   That’s a glimpse of the “special world” that is all around us today – at least from my point of view.

The power of connection, of collective action made possible by the internet is indeed a force to be reckoned with, and we need also to account for the ways in which people and relationships are subjected to harm.  This is where the networked age is like a death, the demise of the old “information society” – and we cannot ever go back, or return to who we were before it.  This new place, however, is one of wonder.  It reminds me of a favorite poem by Hafiz, the medieval Persian poet, this excerpt is from “Deepening the Wonder” and is from Daniel Ladinsky’s 1996 book “The Subject Tonight is Love,” a translation of many poems written by Hafiz:

Death is a favor to us,

but our scales have lost their balance.

The impermanence of the body

should give us great clarity,

Deepening the wonder in our senses and eyes

and are surely just traveling through.

excerpted from The Subject Tonight is Love at 55.

At this point, I will conclude with the theme for the next few posts on this topic, what is digital property, how do we use it (or how is it used by others, sometimes in ways that we do not intend) and how do we manage and protect it?  What do I consider digital property?  The only way to answer this is in the big picture context that is really the only effective way to encompass, intellectually, what is a constantly developing universe: it is any online account you may own or any file that is stored in the cloud.  To be continued . . . .