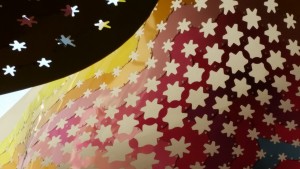 Colorado may soon be getting some legislation in place concerning digital assets in the probate context! Today’s post will look at the benefits of having a digital assets clause in such estate planning documents as a general durable power of attorney or in a will.

Here’s the link to SB 16-88, which is a bipartisan bill entitled “Concerning the ‘Revised Uniform Fiduciary Access to Digital Assets Act,’” or RUFADAA for short.  The RUFADAA has been introduced in 29 different state legislatures so far.  I have already written several blog posts on this topic of “digital assets,” and my most recent one on the topic mentioned the revision of the uniform act by the Uniform Law Commissioners (ULC) last July.  If you’re looking for a bit of background on digital assets, read this post.

Of course I still don’t know for certain whether the RUFADAA will pass (still working at using my crystal ball successfully . . . ), but it seems like it will.  On Monday (2/22/16), it was introduced in the House and assigned to the Judiciary Committee.  The controversies which plagued its predecessor, the UFADAA, have largely been eliminated with the ULC’s RUFADAA.

So to begin, here’s a few helpful pointers.

It’s not enough to simply generally describe online or digital assets in a POA or other estate planning document because there are important nuances and details which third parties, upon whose approval an agent acting for a principal must depend, which must be address.  The difference I’m talking about here is identified in the bill’s distinction set forth in §15-1-1502(9), which states a “designated recipient” means a person chosen by a user using an online too. To administer digital assets of the user,” and §15-1-1502 (10) “digital asset” means an electronic record in which an individual has a right or interest . . . .

In this circumstance described above, the fiduciary for a decedent estate (a/k/a the personal representative in Colorado) or an agent under a POA must contend first with the user/principal’s specific direction (if it exists) and to the extent that no designation was made by the user/principal, then the governing instrument (e.g., a POA) would control.  Finally, if there is neither a specific direction by a user/principal as to who shall have the power to access nor a POA or other governing instrument, then the standard term of service agreement controls.

This coordination of designations in an ISP’s online tools with, for example a POA, is an important undertaking for RUFADAA purposes.  If the user (be they a principal under a POA or the decedent in an estate administration proceeding) has already designated a person or persons to have access consistent with the ISP’s online tools, this will take precedence over the estate planning documents.  See the RUFADAA at §15-1-1504.  In this context, it would be a good idea for the user to ensure that the selected agent is not only just the agent for POA purposes but is also a designated recipient as identified above.

Evolving was chosen over changing because it has a more positive gloss, doesn’t it? The change is ongoing.  These will keep estate planning and probate lawyers on our toes to advise client of developments affecting access with the use of online tools and also ensuring that a user’s selected fiduciary (agent, personal representative, etc.) will have access to the assets as intended by the user.

So – a scenario to avoid would be one in which the user designates one person to have access by naming them a designated recipient, but then (perhaps at some later date, unwittingly) names another and different person as (for example) agent under a POA.  This kind of a conflict will cause problems and should be avoided.  No, this online networked world we live in is not getting any simpler to manage!