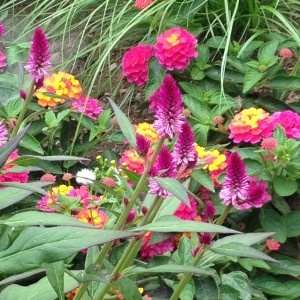 Recently my colleague Kristin D. mentioned an NPR story about the Sundance award-winning documentary film “Alive Inside” – she knew I would be interested in it and I did get a chance to see the film at Chez Artiste.  I enjoyed this movie about music that transforms persons with dementia on several different levels.  If you’re curious about it, take a look at the video clip on YouTube that features Henry.  Henry is a resident at a skilled nursing facility (SNF) a/k/a “nursing home” who was, before getting headphones and an iPod loaded with some of his favorite music, mostly withdrawn and typically lost inside himself.

One of the music excerpts featured in the film is a song by Cab Calloway. This clip is a fave of mine (it’s got some pretty tight dance moves by the Nicholas brothers) and the song was covered by Joe Jackson in the 1980’s.  I grew up listening to my parents’ favorites: Ella Fitzgerald (who sang some scat from time to time), Duke Ellington and Oscar Peterson.

This film resonated with me on several different levels.  First, I have personal experience with the sort of “time travel” that music can perform for someone with dementia.  In a post I published about sixteen months ago, I recounted an experience I had while working as a volunteer “para-chaplain” in a SNF.  I had traveled to a local SNF to lead a holiday service for some residents and because I was lucky enough to be accompanied by a guitarist, at the end of the service I sang an old Yiddish song called Oif’n Prippitchik.  About midway into the song something very interesting happened.  One of the residents who attended was a woman with very advanced dementia who, it was reported to me later, had not spoken in over a year.  She started first to hum and then sing along with the song.  She spoke about her grandmother.  The song had transported her right back to a happy memory of childhood, when her grandmother had sung that song to her.  By the means of music, hearing that melody – she was moved in a sort of time travel.  I was most certainly moved witnessing that event.  Another story of music as a means of transport for the spirit comes to mind, it is from Megory Anderson’s book Sacred Dying.

A basic premise of the film is that people are not human machines.  Often what we see on the outside – when someone is old and frail and seems to have lost so much capacity to be the person they once were – is not the real picture or a complete picture.   Even when we see a loved one or a stranger in such a situation, we might shrug and say to ourselves “he’s not the same person anymore” or we may grieve for what that person was and doesn’t appear to be any longer.  We focus on the losses and often ignore what is left, however difficult or challenging it is to recognize.  It is often difficult to see a person there, who remains – despite the label of a diagnosis or condition that changes them.  Doesn’t all of life change all of us?  It made me think of Tom Kitwood and his legacy of person-centered care, based on the idea that people with dementia have much to teach us.  Yes, there’s a blog post I’ve written about that as well.

Whatever it is, it is the being, the timeless in us (identified generally by the neurologist Dr. Oliver Sacks as a part of the brain that is often left intact by dementia’s onslaught and ravages elsewhere)) – that is the place where music reaches through, past all the mechanical breakdowns and plaques and tangles of dementia, of Alzheimer’s or some other variety of dementia.  In the film, it is apparent that the music’s effect on the residents is to re-animate them.  The music gets through in a way that other communication cannot and the music helps the residents re-member, to inhabit their bodies and lives in ways that are astonishing.  Our basic human need to help others who are suffering and withdrawn is met by the residents’ responses.

After I saw the movie I wondered – should our end-of-life preferences, as stated in an advance directive or other documents, list our favorite music choice?  Perhaps a line on the form would ask: what music would you like to hear if/when you get dementia and become remote?  I know the music preference is sometimes done for memorial services . . .  but why wait?!

Perhaps I will write more in the coming months about the wisdom of aging, aging is what we are designed to do as adults – so why is it that our death-denying and youth-glorifying culture diminishes this process and its mysteries, this important stage in life that many of us hope we are lucky enough to encounter, enjoy and pass through?  Does our American culture’s emphasis on individuality and the capacity-focused, independence of the “rugged individualist” sometimes hamper our acquisition of wisdom or does or culture simply place a lower value on it . . .  because wisdom often comes with age and experience?  Here’s an interesting article in The Economist from a couple years back with some insights about culture and wisdom.  Yes, this post has many rhetorical questions!