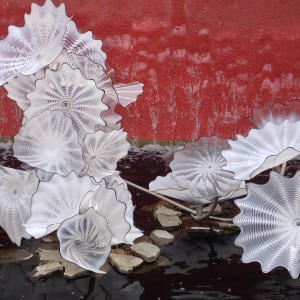 Yesterday morning I attended the Colorado Guardianship Association bimonthly education program at Porter Place.  It was an excellent panel on a very interesting topic:  The Sorensen case and issues related to capacity and competency in the context of different types of litigation (domestic relations, probate, criminal and general civil matters).  The three well-versed presenters were Ginny Frazer-Abel, Tammy Conover and Rick Spiegle.

The Sorenson case (In re Marriage of Sorensen, 166 P.3d 254 (Colo. App. 2007) is an important case relating to the protection of a person’s rights in a dissolution of marriage proceeding. The case concerned the limits of the trial court’s discretionary authority to appoint a guardian ad litem (GAL) for a spouse allegedly suffering from a mental illness during a domestic relations proceeding.

After going through two different attorneys in the dissolution matter (wife’s first attorney moved for appointment of a GAL based on mental health concerns) and a third retained for post-decree proceedings, the Colorado Court of Appeals held that

A court should appoint a guardian ad litem for a litigant when the court is reasonably convinced that the party is not mentally competent effectively to participate in the proceeding. People in Interest of M.M., 726 P.2d 1108, 1118 (Colo. 1986); see C.R.C.P. 17(c). That rule states, in pertinent part that “[t]he court shall appoint a guardian ad litem for an infant or incompetent person not otherwise represented in an action or shall make such other order as it deems proper for the protection of the infant or incompetent person.”

In re Marriage of Sorensen, 166 P.3d at 256.  The decision noted the exceptional circumstances and also discussed Colorado Rules of Professional Conduct 1.14 in such a scenario, noting that the rule permits an attorney to seek appointment of a GAL where an attorney reasonably believes that the client is unable to act in his or her own interests.

The procedure and circumstances under which a GAL is appointed vary according to the circumstances in which the appointment of a GAL is sought and the nature of the proceedings affecting the person about whom there is concern for competency or capacity to make decisions.  The legal context is important because it often has direct bearing on the extent to which a person is able to fully participate in and comply with legal proceedings affecting that person’s rights.  When an attorney represents a client, many duties are owed to that client, and our ethics rules, the Colorado rules of Professional Conduct, provide the rules of reason for the appropriate minimum standards for attorney conduct.  This makes it a bit tricky when an attorney represents someone who, the attorney may come to learn and reasonably believe, lacks the ability to understand the choices presented by the legal proceeding involved as well as the consequences of such choices.

As described in the quote from Sorensen above, when an attorney suspects that his or her client is lacking in capacity or competency to make decisions, there are a number of difficulties which must be overcome, including the duty of confidentiality, which looms large in any revelation by a motion to a court that a client (or party to a proceeding) needs an appointment of a GAL to represent the person’s best interests.  Ginny Frazer-Abel insightfully observed that when an attorney suggests that their client needs a GAL, the attorney usually gets fired!  This is indicated by the Sorensen case as well.

So what does an attorney need to demonstrate to a court to get a GAL appointed for someone who needs assistance (but may not realize it or may reject such help)?

For a client or potential client who is incapacitated, that special rule of professional conduct (1.14) applies where the attorney may need to take measures to protect the person’s interests.  One of these measures might include seeking the appointment of a GAL or it could include a range of other protective actions when a client or prospective client appears to be unable to act in his or her own best interests.  Some of the ways in which incapacity and competency are addressed in different areas of law include in the probate context:

Incapacity such that it is appropriate for the appointment of a guardian for an incapacitated person;

Inability to manage ones finances such that the appointment of a conservator is appropriate;

Both of the above considerations consider a person’s functional capacity to perform various activities of daily living.

Competency also factors into criminal proceedings in which a defendant may suffer from an impaired mental condition which prevents (prevented) the person from forming the requisite “mens rea” or culpable intent that is an essential element of a crime.  This is addressed in the article pertaining to insanity under the Colorado Code of Criminal Procedure, at Colo. Rev. Stat. §16-8-102 et seq.

What kind of report does it take to get a GAL appointed for someone? Here I am talking about an adult, a person presumed to have legal capacity, who may be demonstrating to their attorney or a party to a matter that the person is in need of protection because there are difficulties in processing information or otherwise behaving in ways that indicate they are making their own considered choices.

The kinds of evaluations performed by medical and mental health professional vary considerably and typically depend on the context of the court as well as the type of proceedings in which a person is involved.  For example, a person who is the subject of a guardianship proceeding will typically undergo an exam that is  much different from one performed where a person is a defendant on a criminal charge.  It is crucial to note that there are many problematic issues around mental illness, and there may be other domestic relations proceedings (like Sorensen) in which there is a long term marriage and the person on whose behalf a GAL is sought stands to lose many things to which they might otherwise be entitled.  The procedures and presumptions between probate proceedings relating to incapacity or lack of competence to manage financial affairs are often at odds with procedures and presumptions in the mental health context.  Stay tuned for more on this particular topic. . .