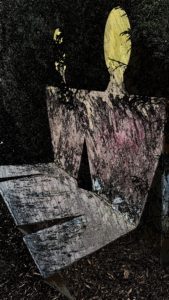 This post is an update on the reincarnation of the proposed legislation in the Colorado End of Life Options in its new form as a ballot initiative known as Colorado Aid-in-Dying (Initiative #145).  In order to qualify for the November ballot, 98,492 valid signatures must be collected by August 8, 2016.  This may be a situation for which the ballot initiative was designed, where the public can exercise the power to create a new statute.  Colorado is one of a number of states – mostly west of the Mississippi- that allows initiated statutes and amendments. In case you’re wondering how to go about such an effort, The Colorado Secretary of State offers a guide!  The website ballotpedia lists the text of the initiative as the following:

Shall there be a change to the Colorado revised statutes to permit any mentally capable adult Colorado resident who has a medical prognosis of death by terminal illness within six months to receive a prescription from a willing licensed physician for medication that can be self-administered to bring about death; and in connection therewith, requiring two licensed physicians to confirm the medical prognosis, that the terminally-ill patient has received information about other care and treatment options, and that the patient is making a voluntary and informed decision in requesting the medication; requiring evaluation by a licensed mental health professional if either physician believes the patient may not be mentally capable; granting immunity from civil and criminal liability and professional discipline to any person who in good faith assists in providing access to or is present when a patient self-administers the medication; and establishing criminal penalties for persons who knowingly violate statutes relating to the request for the medication?

Yes, that is quite a sentence, isn’t it?! An Aurora pediatrician, Dr. Michelle Stanford, has filed a motion for rehearing with the Colorado State Title Setting Board, regarding the Title of Initiative #145, on the basis that the title and submission clause do not fairly express the true meaning and intent of the proposed state law.   You can read the opening brief before the Colorado Supreme Court here.   As to the form of this ballot initiative, keep in mind that Washington voters approved their state’s Death With Dignity Act by means of a statewide ballot initiative in a general election in November of 2008 (that was the second try at voter approval – the first attempt in 1991 was unsuccessful).

So – to the language of the initiative. . . .  We are back to the term “mentally capable” again, which is not otherwise found in Colorado law.  It is not clear to which part of the sentence the term “mentally capable” refers, which is troubling because there is no requirement of counseling in this initiative’s question, only for an evaluation in the event one of the physicians believes the patient may not be “mentally capable.”  This forms the basis for some troubling ambiguity.  Is it not capable to give informed consent to understand the life-ending nature of the prescription sought or – not capable due to some depression or other contributing mental health or other reason?  I think both the question and a clear answer matter greatly!

I will reiterate again my reservations about the dearth of reporting and other requirements which were lacking from the second version of the proposed legislation, which was killed in the legislature in spring of this year.  This question of physician assisted death is not at all likely to go away, and the debate could certainly benefit from less rhetoric and more practical considerations.  Keep in mind most states still have outright prohibitions on assisted death or suicide in either their statutes or based on case law. A handful of states (Wyoming, Nevada, Utah, West Virginia and North Carolina) have no specific basis in statute or case law and are ambiguous as to the legality of physician assisted death.  In 2009, the Montana Supreme Court in Baxter v. State of Montana, construed that state’s Terminally Ill Act in such a way as to allow physician assisted death.

With a goal of considering what is the dignity sought after in the physician assisted death initiative – a reprieve from intractable terminal pain and/or the dignity of choosing the time and circumstances of one’s demise?  Interestingly, a fair number of Oregonians and Washingtonians who availed themselves of their states physician-assisted death laws did not actually die from the lethal cocktail of medications.

I recently read a piece by the former Boston Globe columnist Ellen Goodman, published in the June 12, 2016 Denver Post.  She is also the founder of The Conversation Project, an invaluable resource for people looking to make advance health care directives and other important arrangements regarding end-of-life care.  I refer many people to the Conversation Project website.

A re-evaluation of the way Americans die is already underway (thank goodness).  To the extent that the physician assisted death debate sheds light of the need for ALL ADULTS (read: anyone over 18 years of age) to think about and discuss their end of life wishes and communicate them to others in meaningful ways, then this debate is a productive one indeed.  For many adults that means not simply filling out some living will form at a senior center and then placing it in a safe deposit box or secret location where it will only be discovered after your death!

I still talk to folks who do not wish to have the end of life discussion because  . . .  well, it’s not a lot of fun, and besides – they don’t have a life threatening illness. . .  Based on my experience, the point when someone is in the throes of a diagnosis of or treatment of a life-threatening illness is the worst time to have that conversation.  Do it now!