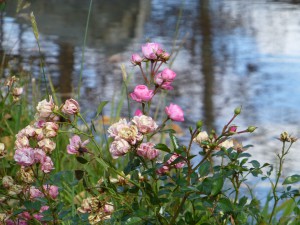 Civil Unions are most likely coming to Colorado!  You can watch a video by Michael Valdez, Director of Legislative Relations at the Colorado Bar Association about the Judiciary Committee approval of SB 13-11 here .  The Colorado Bar Association supports the bill.  The bill has passed the Senate Committee and is very likely to become law.  Read more here.    This is an important development for civil rights and has important ramifications for estate planning and elder law for same sex couples.  The big picture of rights of same –sex couples in the United States is in a major state of flux right now.  Voters approved gay marriage ballot measures in the 2012 election in Maryland, Washington and Maine.   The U.S. Supreme Court will be examining the constitutionality of the (federal) Defense of Marriage Act (DOMA)as a result of the rulings by U.S. Courts of Appeal  (the First Circuit in Boston and the Second Circuit in New York)  that portions of the law are unconstitutional.  What will be interesting from the historical perspective is that the “state rights” reliance, used by southern states to continue segregation in the 1950’s and 1960’s will likely be the undoing of the DOMA.  Such a ruling by the Supreme Court would result in a major change in federal benefits and tax treatment of same sex marriages, but will still leave a checkerboard of state laws regarding whether a same-sex couple can be married.  Right now there are a variety of laws among the states that address marriage, civil unions and domestic partnerships for same sex couples.  Read an article by a Vermont law school professor about that here.

You can read “A Bill for an Act Concerning Authorization of Civil Unions”  (SB 13-11) here.    The bill specifically states that “the rights, benefits, protections, duties, obligations, responsibilities and other incidents under law that are granted or imposed under the law to spouses apply in like manner to parties to a civil union” and includes many provisions – of particular interest for me are the probate laws regarding decedent’s  estates (intestate succession, wills and trusts) as well as “living” probate proceedings such as guardianship and conservatorship matters.  And yes, those who are united in civil union will be subject to the same processes such as dissolution, legal separation and declaration of invalidity as pertain to marriage.