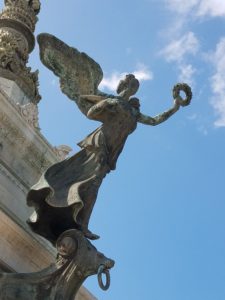 The Challenges of Reforming Different Systems Among the States

Nationwide, there are many groups and individuals behind efforts to reform guardianship (as the term will be used collectively to refer to both types of legal proceedings).  The different groups have different criticisms and there is no shortage of horror stories about how these “protective proceedings” have gone wrong for many people.  While many people would like to have more uniformity and oversight imposed on the state systems of probate courts, the federal government is neither equipped nor inclined to act as overseer here.  The lack of resources for the much-hailed Elder Justice Act is an example of this unfunded mandate.

There Are At Least Two Different Populations of Vulnerable Persons

Guardianship reform efforts are aimed to assist those identified as the most vulnerable segments of our population: the disabled community (with organizations like The Arc and legal protections like the ADA), along with elder adults with declining cognitive capacity.  This latter population will continue to grow.  The numbers of elders with severe cognitive impairment grows with the numbers of elders, and the Alzheimer’s Association has dubbed my generation of baby boomers “generation Alzheimer’s.”    To my mind, there are two very different “camps” of persons in this proposed legislation.  Suffice it to say that the two segments are generally included as a group together because of the overlapping needs for respect for their rights to dignity and self-determination.

My central concern with the proposed legislation is the point where the two groups interests and needs for protection diverge.  Keep in mind they are very different populations.  I’m using a broad brush here, but we’re talking about needs and protections of a developmentally disabled adult who may be relatively high functioning in some aspects of living and need substantial assistance in others.  They may be able to live independently with assistance.  Contrast this with the large numbers of elder adults who, as a direct result of our unprecedented longevity, have amassed resources, established relationships and lived their own lives prior to succumbing to dementia.  When does one lose the ability to manage one’s own affairs?  That simple question has no simple or easy answer!

Among those who call for guardianship reform in the context of elders, there are a couple groups, those associated with celebrity children of fathers who suffered from Alzheimer’s Disease.  These daughters were not allowed sufficient visitation with their fathers due to restraints placed on such visits by their stepmothers, specifically Kasem Cares and the Catherine Falk Organization, who have zeroed in on a right to association as part of guardianship reform.

Suffice it to say that some of the diverse interests conflict with each other.  Many of the calls for guardianship reform are in response to the inherent failings of a particular state’s system of oversight.  Nevada’s system in Clark County was the subject of Rachel Aviv’s New Yorker article “The Takeover,” and it documented in horrifying detail how elders were systematically stripped of their civil rights as well as their property, with hardly a nod in the court system to any due process rights.

That reform is needed is not the issue, but the where, how, why and what of that reform should be examined closely, instead of trying to overlay a “fix” for a problem which may not exist or by creating new problems by reforming a system in its entirely when there were parts of it that were working fairly well.  If you take a poll of attorneys in this field, you would be hard pressed to find people who don’t have concerns about how our system works and most of us could list an array of its shortcomings.  Does this mean the system is broken? I don’t think so. Does it need improvement? Yes.  Our legal system is a functioning part of our government that must respond to the diverse array of interests, pressures and fiscal priorities and realities.

What I find disturbing about all of this is the clamor to “fix” a broken “system” – as if all we needed to do was pass some new legislation that would magically transform the adult protective proceedings system into a streamlined, dignity-honoring and civil rights protecting regime. In our obsession to fix a problem and then move on to the next thing, we overlook the opportunity for thoughtful change and typically neglect the big picture of looking at the entire system – both the working and the failing parts, with an eye to improving particular outcomes.  This takes longer obviously, but avoids the throwing the baby out with the bathwater approach.

Next time, I will look more deeply into the criticisms levelled at attorneys and fiduciaries working in the field of conservatorships and guardianships.