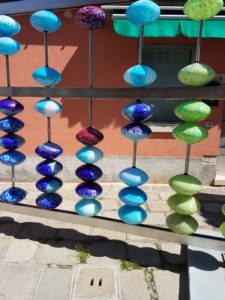 I’m taking a look at the alternatives to unrestricted or plenary guardianship as a result of reading my latest issue of the ABA’s Bifocal magazine, in which the ABA’s House of Delegates adopted Resolution 113, urging states and other legislatures to amend guardianship statutes to consider less restrictive alternative to unrestricted or plenary guardianships of incapacitated adults and to require consideration of putting into place decision making supports that would allow a person the right to supported decision making as an alternative to (or reason for termination of) guardianship of an adult. I found the topic thought-provoking, particularly in light of a recently approved uniform law which contains many references to supported decision making.

who is unable to effectively receive or evaluate information or both or make or communicate decisions to such an extent that the individual lacks the ability to satisfy essential requirements for physical health, safety, or self-care, even with appropriate and reasonably available technological assistance.

The definition comes from the Uniform Guardianship and Protective Proceedings Act, or CUGPPA in Colorado.  Below I’ll take a brief look at a continuum of less restrictive alternatives to implement in the making of decisions for persons who may be or become incapacitated (but not necessarily determined to be such by a probate court in protective proceedings).

First, I’ll note that each of these aspects of functional capacity and incapacity implicate a person’s rights to self-determination.  Self-determination is a broad topic. The principle of self-determination is prominently enshrined in Article I of the Charter of the United Nations.  It remains a concern under international law due to the fact that there are peoples who are not necessarily represented by the nation in which they find themselves.  For an adult who suffers from a progressive condition or disease process that results in cognitive impairment, there really isn’t such a stretch here to say that a person with dementia is at risk of being “colonized” or have their rights self-determination effectively erased by a legal determination of incapacity.  Here I’m talking about self-determination in the medical, and personal preferences context (concerning levels of care or autonomy, as well as choice of the setting in which one lives). The UN Convention of the Rights of Persons With Disabilities (CRPD), also speaks about supported decision making and you can read more about it here.

The medical or health care POA

I’m focusing on the medical POA here because Colorado’s protective proceeding for a person’s property is known as a conservatorship.  A conservatorship is often not necessary if a person has made effective POA naming an agent and the relationship is working and not otherwise under threat from an interloper.  But. . .  keep in mind that sometimes a non-agent family member or friend can take advantage of a person more easily if there is no court-imposed protection of the person’s property. Ah, there’s that ugly head of patriarchal protection (in the form of parens patriae, the power of the state to act as guardian for those who are unable to protect or care for themselves) again!

Bottom line is that, when people (sometimes known as “patients”) make their wishes known in advance to family members or others and empower another to decide for them as the person’s agent in a MDPOA , that empowerment alone can often lead to better outcomes.  But the fact remains that many of us choose not to choose to name an agent. So what’s next? In Colorado there are also proxy decision makers, which we might consider as “de facto” decision makers under applicable Colorado law.  So, that brings us to the next item. . .

Supported decision making – an intermediate ground . . .  or no man’s land?

This item is specifically included in the newly minted 2017 version of the Uniform Law Commission’s UGPPA, er UGCPAA (Uniform Guardianship, Conservatorship and Other Protective Arrangements Act) at §101(13) where it is listed as one of the “less restrictive alternatives” to guardianship.   In the proposed UGCOPAA, supported decision making means “assistance from one or more persons of an individual’s choosing” (§102(13)); and is added to the end of the above stated definition of incapacity – to read “unable to effectively receive and evaluate information or make or communicate decisions, even with appropriate supportive services, technological assistance, or supported decision making” (§301(a)(1)(A)); is an appropriate consideration for a court visitor to include in the report (§304(d)(2)); for inclusion in the court’s order appointing a guardian (§310(a)(1)); as one of the rights retained by an otherwise incapacitated adult, to “be involved in health care decision making to the extent reasonably feasible. . .  (§311(a)(3)); and in other examples perhaps appropriate for a later blog post. . . .

What are some standards for supported decision making, which is related to “person centered” planning (now part of the Medicare rules, incidentally)?

This alternative sounds all well and good Barb, but what about those elders with dementia whose cognitive impairments are likely to worsen?  Is it realistic to devise a plan for this supported decision making?  After all, those folks are arguably in a situation different from developmentally disabled adults who may can live independently and working in the community, so long as there are community supports.  But I think this is a less restrictive alternative that is seriously underutilized due to the simple fact that people aren’t used to the idea and it is challenging to identify what it might entail and look like in an alternative to probate court protective proceedings or as part of a court’s order granting a limited or restricted guardianship.

This one is pretty self-explanatory.  Only certain identified matters are under the authority of a court-appointed guardian and the rest of the rights are reserved to or preserved in the “ward.”  The tricky part with this is an important detail – scarce judicial resources.  Most courts are not anxious to re-examine how supported decision making or a limited guardianship is working and re-tool it as needed.  Most courts have a difficult enough time simply monitoring those guardians!

This is the norm in this country, regardless of lip service in statutes or case law concerning less restrictive alternatives.  But if we are to truly attempt to accomplish guardianship reform, we (courts, elder law attorneys, service providers and other resources) must work together to fashion a viable alternative to what has become the quick and dirty, default request in a guardianship proceeding involving an elder with dementia who may be in the future or already is “incapacitated.”  Stay tuned for more on this topic in the future.