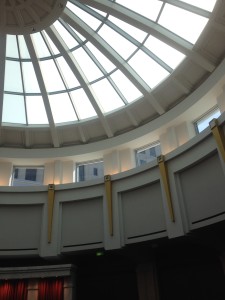 Everyone knows what an IRA is – right?  We think IRAs have been around a really long time, but they only came into being in 1975 with ERISA legislation, and Roth IRAs came in 1997.  IRAs are classic nonprobate property that someone can pass to others without probate in many circumstances.

Q: What happens if I complete the beneficiary designation form?

A: Your beneficiaries will have much more flexibility and protections (especially on the tax front).

Q: What happens if I don’t bother with the beneficiary form?

A: Well, you won’t be around to find out – right?!  Here’s a link to a Colorado Business Magazine article about the importance of designating a beneficiary to maintain that flexibility.

Here it is important to consider whether the decedent died after his or her RBD.  If she or he was already receiving RMDs, you will want to determine whether the distribution for that final year needs to be paid. Be sure to check with the account custodians to determine if the distribution was made before the date of death.  There are two basic types of IRAs that can be passed along to survivors:

This is generally the simplest to accomplish and a spouse will want to consider among several choices –  to roll them over into an IRA, start receiving benefits, have them paid out in a lump sum, or disclaim some portion to minimize estate taxes in the spouse’s estate.

There is an important distinction initially regarding whether the beneficiary designation was made out to the beneficiaries or left blank. . .  There is generally much more flexibility when the designations are completed.

So here’s a question . . . . Whether inherited IRAs are generally exempt from creditors depends on where you live! Are these funds still qualified and exempt, or are they just another inherited asset?

In an inherited IRA scenario, a beneficiary (often an adult child) will need to take out the RMD in the parent’s IRA every year and declare that as income.  In addition, the IRA cannot be added to by the inheritor.  You might be wondering what types of protections are afforded inherited IRAs from the creditors of the inheritor.  Well, I can say with all lawyerlike confidence . . .  it depends.  Under Colorado law, specifically Colo.Rev.Stat. §13-54-102(1)(s) there is an exemption from judgment creditors for certain types of retirement accounts and benefits.  The definition includes IRAs “as defined under Section 408 of the Code” (this would be 26 U.S.C. §408(d)(3)(C)(ii).  Under the Bankruptcy Abuse Preventive and Consumer Protection Act of 2005 (BAPCA), many states opted out of the federal bankruptcy exemptions in favor of state law exemptions.   Read more on this topic here from my learned colleague Laurie Hunter.

It is important to consider that there are at least three different layers to the inherited IRA treatment: federal tax law, state law relating to bankruptcy and what creditors can collect, and bankruptcy.  Until just a few days ago, when the U.S. Supreme Court ruled on a writ of certiorari on the U.S. Court of Appeals for the Seventh Circuit’s 2013 decision, In re Clark, there was a split among the federal circuit courts of appeal – you can read more about it here.

Two federal courts of appeal – the Fifth and Seventh Circuits (whose decisions were binding in the regions that they cover – Colorado is part of the Tenth Circuit) had come to opposite conclusions, while interpreting the meaning of the same term. In 2013, the Fifth Circuit decided that the phrase “retirement funds” in the bankruptcy exemption statute quoted above means any funds “set apart” in anticipation of “withdrawal from office, active service, or business” and that the statute does not limit “retirement funds” solely to funds of the bankrupt debtor, so long as the funds were originally “set apart” for someone’s retirement. In re Chilton, 674 F.3d 486 (5th Cir. 2012). Once the funds were set apart for retirement, they maintained that same character for bankruptcy exemption purposes. The court thereby permitted the debtor in Chilton to exempt all of a $170,000 IRA inherited from her mother.

In Clark, the Seventh Circuit expressly disagreed with the Fifth Circuit, adding that it “do[es] not think the question is close.” The Seventh Circuit observed that, while inherited IRAs do shelter money from taxes until it is withdrawn, they lack many of the other attributes of an IRA. That court noted in particular that the beneficiary of an Inherited IRA is prohibited from rolling those funds over into his or her own IRA and from adding her own funds to the Inherited IRA. The beneficiary must take distributions from the Inherited IRA within a year of the original owner’s death and complete those payouts over a defined period, often as little as five years, whatever the beneficiary’s age and whatever her employment status. In short, once the original owned died, “the money in the [I]nherited IRA did not represent anyone’s retirement funds.”   That court of appeals declined to extend the character of a decedent’s retirement funds into the inheritance context and therefore decedent’s daughter could not then use that money as her own retirement savings, and it became no different from an inherited certificate of deposit or money market account: non-exempt and available to distribute to the daughter’s creditors.  That was the essence of the split in the circuits.

Just a few days ago, the Supreme Court ruled unanimously in Clark v. Rameker that inherited IRAs are not protected in bankruptcy.  Here’s a link to the SCOTUS blog coverage of the decision.  The USSC followed the line of reasoning of the bankruptcy court and of the Seventh Circuit, disallowing the attempt by petitioner in bankruptcy court, Hedi Heffron-Clark, to exclude the funds in the IRA from the bankruptcy estate using the “retirement funds” exemption under Section 522 of the Bankruptcy Code, which exempts tax-exempt retirement funds from a bankruptcy estate. Just in case you are an insomniac and want to read the entire decision, rendered June 12, 2014, here it is in pdf format.

I still think that, notwithstanding the USSC’s ruling, inherited IRAs are  an important legacy for a parent to leave an adult child, and it is important to not underestimate the “emotional” value of the money from a deceased parent’s retirement savings for the use of a child’s retirement.  But beware, they won’t be protected from an adult child’s creditors in a bankruptcy proceeding.  So please remember that an IRA and an inherited IRA are not really the same animal!