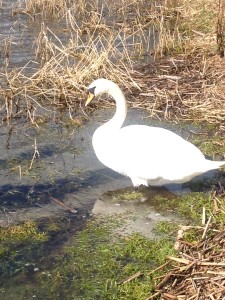 In case you’re wondering, yes, I have a copy of the Dr. Seuss book “You’re Only Old Once!” in my office waiting room. What, you say your kids have never read that one to you?  In case you’re wondering, yes Dr. S was OLD when he wrote it, and it was released in 1986 on Mr. Geisel’s 82nd birthday.  It is a fanciful “day in the life” of an elder American.  I wouldn’t say it has the same level of incisive social commentary as my Dr. S. faves including The Sneetches (about the stupidity of racial discrimination), The Zax (about the wisdom of integrative negotiation) or The Butter Battle Book (about the craziness of MAD – mutually assured destruction, that Cold War relic we somehow managed to survive). But that might just be because I haven’t read this book to my kids at least fifty times.  (Maybe they can read it to me in a couple more years, if I haven’t misplaced it by then.) My other Seuss favorites are numerous  – oh, I don’t have the space for a discussion of Yertle the Turtle or Horton Hears a Who. Maybe in another blog post though.

If you’d rather listen to someone else reading the book (with the pictures of course) check out this youtube video of it. Okay, back to the aging and April Fool’s theme . . .  I am always [as a baby-boomer] struggling with coining a term for the special form of forgetfulness, cognitive compromise, dementia, whatever[!]  that affects those of us who are elder law attorneys of a certain age.  I think I remember writing a blog post once about dementia being contagious.. . .  So here goes.  A colleague and I were recently discussing our experiences with mental health challenges.  I thought this topic would make a great blog post topic, particularly for April Fool’s.  Here are a few suggested additions I propose for the DSM-VII:

Attention Surplus Disorder (ASD) –  sometimes mistaken for OCD and often referred to as “nervous Nellie” syndrome, this occurs when a person’s quality of life is threatened when their sleep is interrupted by the looming prospect of overdue library books, and their vision is impaired by hyperfocus on the physical meaning of the dark circles under the eyes or formation of crow’s feet on the face of their partner.

De-mentation – this condition is practically reaching epic proportions as nearly all Americans have “smart phones” which means that as our phones become progressively smarter with the latest technology, we, the operators of our smart phones, get dumber all the time.  For example, when was the last time you actually remembered someone’s mobile phone number (without having to look it up on your smart phone)????

Displasia – pronounced “dis-place-yeah.”  This behavior is characteristic of the opposing spectrum of the obsessive-compulsive disorder, basically it is evidenced by a person spending exponentially more than the average forty-five minutes per day looking for a particular paper on their desk or some place in their office.

Paranoid Cybercosis —  is a 20th century and present day phenomenon, the disorder based on a vaguely formed conspiracy theory that yes, just like in all the great sci-fi movies of the last millennium,  the machines are out to get us.

Reduplicative paramnesia – the belief, delusional at least 50% of the time, that a location or place has been duplicated and exists in another place at the same time.  For older adults, this can sometimes involve time travel that is otherwise known as “déjà vieux” and sometimes confused with “déjà vu.”

Stendhal syndrome (I remember him from my French class in college) is a psychosomatic illness  that can strike when a person is exposed to a large amount of beautiful things or breathtaking scenery in a short time.  If we have spent our entire lives merely surviving and tolerating our existence, beauty can be quite upsetting!

Trichotillomania – this is exceedingly rare in those of us of a certain age, because as my grandmother once explained to me, when you get old, there isn’t as great a need to shave anymore.  This one is the urge to pull one’s hair out, basically from any area of the body that still manages to grow hair.

So, you’re maybe wondering . . .  what’s this link between humor and spirituality?  I haven’t read this book, and I didn’t know the Jesuits had a lock on this, but in 1989 James Martin, SJ, published Between Heaven and Mirth: Why Joy, Humor and Laughter Are at the Heart of the Spiritual Life.  On a similar note, here’s a link to a PBS Frontline interview with Rev. Jennifer Brower, a Unitarian minister. Her premise is that the aging process affects spiritual life as a result of the developmental process of aging.  I discovered there is even a Journal of Religion, Spirituality and Aging! Who knew?

So let’s hear it for April Fool’s Day and the glorious and pervasive myth of the fool, Loki, trickster, clown, and all those other wise fool names, mythological and archetypal.  Here’s to Coyote’s medicine, may it lighten our hearts, increase our wisdom and bring us clarity of sight.