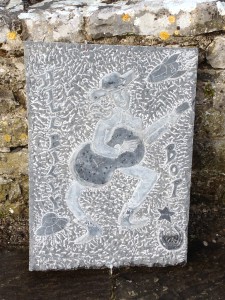 I thought this recent post especially telling – that Stephen King’s biggest fear is Alzheimer’s.     Many of us know the basic facts about Alzheimer’s and other forms of dementia – and they are scary.  But to look at the fear more closely, is it the basic, elemental fear of losing control, of losing who we are, who we have become, that a disease that could bring our death could do so in  a way that is impersonal in its robbing of identities?  Dementia disregards all conventions of what might be recognized as a “good death:”  a death that the dying person and the survivors can accept and “live with;” a death with some kind of meaning; an instantaneous death without fear.  But what about the dignified death that is perhaps accepted and welcomed when it enters the room?  Is this possible?  From time to time I represent people who have lost a loved one to Alzheimer’s or some other form of dementia.  It is often a long and protracted grief because so much of it is anticipatory, a grief for someone who is “gone” but has not yet died.

If dying is a process of letting go, then dementia can be a very long version of that letting go.  The letting go in an explicitly public way, as it affects one’s interactions with others and the ability to care for oneself.  If the fear of Alzheimer’s is about disintegration of the ordered self that we have come to think of as who we “are,”  then it is a most potent fear because we haven’t determined either a cause or a cure for Alzheimer’s or other forms of dementia.  All our advances in medicine, technology and drug therapies – and we are still largely helpless in the face of this disease.

So back to the fear of this disease. . . .   Do we fear it because it is a threat to civilization? Freud’s view of civilization is essentially a defense against the soul world, the forces of nature and her elements: earth, water, air and fire.  The elements are subject to constant change and so contain inherent creative, generative as well as destructive powers – powers that are largely beyond our control.  What to do about this?   If our view of civilization is of a defense against the chaos of nature, and the ego development is a tacit rejection of nature and the soul world, then perhaps one way of making sense of dementia is to look at what is the person who is afflicted with dementia.  Some of us remark “he’s just not the same person anymore” and we focus on all the losses sustained as the person with dementia becomes less and less capable of caring for themselves, managing their affairs or otherwise being able to maintain their grip on “reality.”  We focus on the medical aspects of the disease, diagnosis, prognosis and what drugs can be prescribed, the rising tide of incapacity.  We look at disease and death as the enemy, something to be fought against.  I am in no way suggesting of course that we give up on or diminish all the neuroscientific advances that shed light and offer a more complete understanding of our brain circuitry, but I am suggesting that our fascination with science and the material world can distract us from the bigger question – who are we are what are we here to do?

Nature and the soul are part of the mystery that we cannot control and struggle to make sense of.  The medical field is divided about how to address devastation of Alzhemier’s.  Dr. Jerome Groopman had an article in The New Yorker entitled “Before Night Falls” about this and there is controversy that goes much deeper than that.  I’m thinking of a recent post from The Myth of Alzheimers.

I found this article in my latest SciAm Mind intriguing: Can Caresses Protect the Brain From Stroke?  which is essentially about the power of human touch and how essential it is to our neurocircuitry.  In case you have forgotten about this story, which has played out over many years in different hospital NICU units, it is about the “rescuing hug” of a premature twin newborn that saved her struggling sibling by being placed in the incubator next to her and then extending her arm around her twin.

Is part of the fear of the disease and its progression based on this battle we have with nature – our own nature and nature itself?  In some ways, dementia is a peeling back, a withering away of all the personality and identity that has accumulated from all the doing of a life and it is a return to that fundamental nonverbal, preverbal means of communicating based on being, and not the constructs of doing.  People with dementia often become frustrated due to their difficulty or inability to communicate or organize their thought or mobility processes.  Human touch, as nonverbal communication can help calm persons with dementia and can also provide important benefits for the person giving the calming touch – particularly if they are a family caregiver.  It is important to remember that much can be done to prepare for the disease and its progression, and important wishes can be expressed about end of life care and about what is important to individuals and family members.  It is of utmost importance to have a health care power of attorney executed and, if desired, advance directives as well.

I agree with the late Tom Kitwood, that people with dementia have much to teach us.  You can read more about his alternative theory of dementia , not as a medical model but rather as a dialectic between the personal, social and neurological aspects of a person.

A bigger question might be to consider whether our life is a long remembering or a long forgetting.