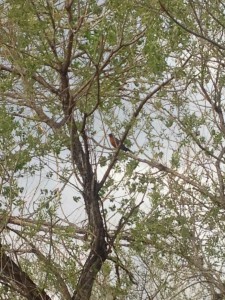 This title is a bit of a trick question – by ethical will I refer to a nonlegal document, a personalized writing by someone (usually a person who has written a will, as in the legally recognized document) also known as a testament or legacy letter.  It is often characterized as an aid to the estate planning process, sometimes with the assistance of slogans like “pass on your means with meaning”   or “identify your values and not just your valuables.”  So far in my practice I have had only one client, the mother of young children, include an ethical will as part of her estate planning documents.  There is no “form” for this kind of an endeavor – it is as unique as each one of us.

We make meaning in our lives in many different ways, and an ethical will is one means that has been used for many generations and has ancient origins.    From an historical perspective, there are five broad types of legacy letters ethical wills and they include:

1. Explanation. An explanation is most closely linked to the will, and can

the document. It might offer a statement as to personal reasoning for

the will writer’s (a/k/a testator’s) decision to dispose of his/her assets in such a way. The use of

this type of testament remains somewhat controversial because it may be

2. Expectation. This is a statement – expressed as a desire – about how the

testator would like an inheritance used, to transmit values or guidelines

about how to conduct oneself, or what he or she would like the recipient to

accomplish. These can be particularly useful for parents and grandparents

values continue, and to state them in ways that are personally meaningful to

3. Affirmation. These are the words that many grieving family members long to

decedent. If they didn’t hear such words in life, such healing words in a

4. Historical. The historical statement can be a genealogy of family members,

expanded with personal traits, experiences or values, or might explain the history or background of a specific bequest such as a family heirloom or

other prized possession; and

5. Statement of Values. A statement of a client’s personal ethics and values is

often a reflection of his or her own life. Such statements often include

events that formed the client’s character, and can be combined with

Generally speaking, clients have the opportunity to think about their lives in the context of transmitting the meaning of their life to another – whether this is a relatively narrow, experience-based kind of wisdom or a broader approach relating to lessons and values.    You can find more helpful information about ethical wills here.

There are many different reasons to consider writing such a document and most would conclude that it is an aid to the estate planning process – even if relatively few of estate planning clients end up drafting such highly personalized documents.    So what is the real benefit to a legacy letter or a spiritual-ethical will?  The benefit is to the author of the document. It offers an invaluable opportunity to consider, to process and write down the important things – ideas, events, values, and other “intangibles” in one’s life so as to transmit to another.  But even if the writer doesn’t end up completing the document, or including it in his or her will, there are important benefits to consider.  Undertaking such an effort creates the space to think deeply about what  a life means, what is important, what you value and what you want to pass on to future generations.  There can be little doubt that the best way of ensuring those values live on is by actually living our lives consistent with such values, but the spiritual-ethical will goes beyond that (and it of course can be no substitute for a life that was lived accordingly to those articulated values).

Far beyond the human’s basic needs is the need to make meaning or sense of one’s life.  Perhaps Ernest Becker was correct when he offered the term homo poetica  or man, the meaning maker, for an alternate name of our scientific classification.  In the middle age of our lives, or perhaps much later at the ninth stage (as identified by Joan Erickson in The Life Cycle Completed), we can gain much from such an exercise, which benefits us likely more than those who read such a document after we are gone.  It can also help those facing terminal illness or anyone struggling with the meaning or lack of meaning in a life, in one’s existence.  Wherever you are in your life, writing a legacy letter or spiritual-ethical will can help process the meaning of your own life as well as validate the importance of love and connection to each of our lives and strengthening the fabric of community.  Each of us is here for a reason and each has something to contribute – writing a spiritual-ethical will can help put together the pieces of a life in surprising and meaningful ways.