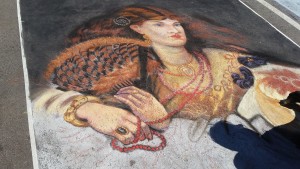 One of the best parts of my job as an elder law attorney is I often discuss the “big” questions with older people – their values factor into both planning and crisis management.  So . . . . what is the wisdom of elderhood?  Is it the stubbornness of life, or the wisdom of aging, or perhaps a combination?  I was reading an interview with Dr. Tom Kirkwood, entitled “Inevitability of Aging?” in Mind, Life and Universe: Conversations with Great Scientist of Our Time, Lynn Margulis and Eduardo Punset, eds., Chelsea Green, 2007.  In the chapter’s introduction which precedes Punset’s interview of Kirkwood, Punset observes “the first great myth is the human certainty that we are programmed to die.”  Id. At 188.  This myth to be “unlearned” is the topic of exploration for the interview of Dr. Kirkwood.  What I find fascinating is the use of the term “myth” in the context of what we think we know about aging and lifespan.  This is of course a popular and limited definition of “myth” meaning a widely held but false belief or idea.

Let’s take a quick look at human mortality by a couple terms and numbers:

The familiar one – Infant mortality – this is the death of an infant, and child mortality is typically reference to a child under the age of 5.  We think of these numbers as not particularly concerning in our country, which seems odd due to the fact that we have the highest rate of infant deaths (6.1 per thousand in 2010) which is more than double the same figure in several other industrialized countries.    US life expectancy is also the lowest among wealthy nations, attributed to our shortage of affordable and available health care (disease), obesity, violence and other factors.

Should it then come as a surprise that our longevity in this country might involve more medical intervention and support, to the extent we can afford it and it is otherwise available?  What is interesting is that health spending in the US accounted for nearly 17% of the GDP in 2012, far greater than the average spent by other OECD countries.

So enough of the forensic aspects of this longevity back to the quality aspect, of the possibility of unlearning the thinking that there is no biological limit on human life.  Dr. Kirkwood challenges three aspects of aging and death as inevitable.  Kirkwood looks at longevity from a cellular level, identifying its threats – including oxygen and free radicals and the increased incidence of cancer as our cells often mutate erroneously, unable to repair themselves or clear out the garbage.  He concludes that aging is simply a result of damage to our body, and that much of it can be avoided by decreasing our food intake dramatically.  Reminds me of the study that came out a few years back about the long term study of rhesus monkeys perhaps, that longevity is to be gained by calorie restriction, but I also remember something about the study observing that the subjects were ill-tempered. . . . !

So the balance again and the question – what is our longevity for?   It begs the question if you aren’t already looking at your life in elderhood in some reflective way.  I am not talking about reminiscence, plenty of people mistake that longing for the past as something other than what it is – a refusal to let go of what once was (remember “chronolatry”?)  And so what if learning from one’s mistakes isn’t what wisdom in elderhood is about at all?  What if the wisdom of elderhood is about being receptive to what the future holds for us, being able to hold that uncertainty?  This relationship with the future, a letting go of the illusion of control that is based on some past event that was known, might be a threshold for the wisdom of elderhood.  Pressing on amidst disappointment, amidst difficulties, is of a different quality than proceed blindly with hope.  Hope in the former sense is grounded, based on what is in this life, not some far-flung fantasy.  It strikes me that this type of is from waiting and experience, an expectation of something coming from the future, not something continuing from that past.

Shouldn’t elderhood herald a ripening, a wisdom that is concerned with the ultimate questions, in whichever form they present themselves?  As we travel along more of our life’s paths, many go beyond the rules of what we have learned, the explanations of politics, natural sciences, economics and other general standardized types of analysis into the uncharged territory of interrogating and forming our life’s meaning, purpose or significance.  These are the “being” questions as distinguished from the “doing” questions!

Well, I seem to have led us to another dead-end!  I think it is high time for some humor, this video is a song about that elderhood “rite of passage” – the colonoscopy!