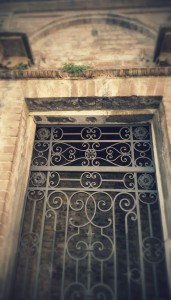 This is an important development regarding the Uniform Law Commission’s Uniform Fiduciary Access to Digital Assets Act (UFADAA).  I learned that there is a new and revised version of the uniform law which has in the last few days been approved by the ULC.  It is known as the Revised Uniform Fiduciary Access to Digital Assets Act (2015).  In my last post on this topic in May, I described the short-lived history of HB 15-1189, the UFADAA in the Colorado legislature.

In June, yours truly was interviewed, along with Connie Smith of Fairfield & Woods, for the article “Assembling the Digital Legacy” which appeared in Law Week Colorado.  The article, written by Doug Chartier (sorry, no link as it is paid subscription only), described the ever changing landscape of identifying and managing digital assets for the living (as agent, conservator or trustee) or for the deceased (as personal representative).  The article reads a bit like an obituary for the UFADAA, which was enthusiastically presented in nearly two dozen state legislatures but met stiff opposition from diverse groups including (in Colorado) the Colorado Bankers Association and the ACLU.  Only one state has adopted the UFADAA so far and in most states where the legislation was introduced the UFADAA has already been rejected. This over what is broadly termed as “third party privacy concerns.”  The basic concern would be, to give one example, for those with whom the digital asset owner would have communicated – say via email, and whose private and protected information would be disclosed to a fiduciary acting on behalf of another (as defined in the UFADAA, but generally an agent under a POA, a personal representative of an estate and so forth) without the third party’s knowledge or consent.  It isn’t just about reading mail anymore, or emails for that matter!

Here’s a recent article in Forbes magazine about how forgetting to make plans about digital assets like social media can create post-mortem lawsuits.  One of the spot-on observations made in the article was about the difficulties in transferring digital assets and its potential to create unplanned business succession challenges as well as ongoing estate planning difficulties.  Getting back to the Law Week article, both Connie Smith and I agreed that online services for storage of passwords, usernames and other credentials for online accounts (digital assets, broadly defined) are problematic because of the concentration of personal data.  I give my estate planning clients an organizational “letter of instruction” which has a page for these online accounts and other digital assets. At this time I think the best way to maintain this information is in paper format, which can be easily updated on a personal computer and printed out periodically.  And no, you shouldn’t call the document “my online accounts and how to access them,” but maybe come up with something more creative!

In the meantime, don’t forget about making plans for those digital assets.  Here’s a helpful article from the American Bar Association on this topic.  Unfortunately, I wasn’t able to link to the revised version of the UFADAA on the Uniform Law Commisioner’s website – it does not yet appear to be available there.  I have a word version of the revised UFADAA, but haven’t had the chance to read it while comparing its previous version.  I’m sure that will be a topic of a future blog post. . . . !