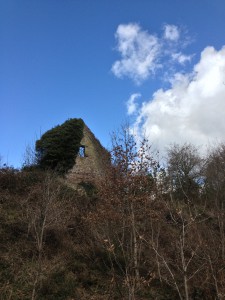 I’m a baby boomer, but since both of my parents are now deceased, I’m no longer a “boomer sandwich.”  What does the future hold for boomers, many of whom still have parents?  Many of our parents are experiencing the frailties of old age and many suffer some form of dementia.  The legal issues surrounding dementia are numerous and are typically intertwined with the related medical, financial, emotional and psychosocial  issues.

I read a lovely article in the May 20, 2013 issue of The New Yorker  about the fresh approach of one nursing home (I usually refer to these as SNF – short for skilled nursing facility)  to caring for people with dementia.  In “The Sense of an Ending,” Rebecca Mead looks at the plight of many of our elders who suffer from dementia. A large number of us would rather not be reminded that this is a side effect of aging for a certain number of people in our population.  Denial or “if I can’t see it, it won’t happen to me” has not proved to be an effective strategy of coming to grips with any disease or health challenge that faces us.  This story is among other things, about one institution that offers a decidedly non-institutionalized approach to dementia care, or a person-center alternative approach.

One of the people interviewed for the article, the director of education at the Beatitudes Campus in Phoenix, refers to people with dementia as “people who have trouble thinking.”  What a contrast from the dominant theme of the medical model of our “secure units” at most SNF.

I liked the article’s focus on recognizing and honoring people’s tastes, preferences and their personal histories.  This is about the “who” of the person as opposed to the “what”  – the latter of which is focused almost exclusively on the medical problem and the loss of cognitive and other abilities.  Mead’s article also describes some of the training the staff at the Beatitudes’’  dementia facility does to better empathize and understand people with dementia, and this honors the idea that we have something to learn from people with dementia.  Seven insights we can gain are described here.

The person-centered approach was formulated by the late Tom Kitwood, a British psychologist and pioneer in the field of dementia care.  His approach focuses on the maintenance of well-being in persons affected by dementia and is concerned with psychological needs including:

Recognizing these in a person with dementia does good not only for the person with the disease but also the loved ones and family members.  I often think of dementia as “contagious” because it does not affect a single person experiencing the effects of the disease or condition, rather it has a ripple effect on others.  Dementia is often the “beginning of the end” is it is often accompanied by a host of other ailments and is often a terminal illness

In the meantime, we have a war on Alzheimer’s in this country, no doubt due in no small part to the “silver tsunami” of baby boomers who will be at risk for the disease or some form of dementia.  Our obsession with science and medical advances  to come to our rescue is readily apparent here.  I liked Professor Partha Mitra’s critique of the multibillion dollar neuroscience effort to draw up a “brain activity map.”  Read it on Scientific American online here.

Kitwood’s work has been around for many years, long enough for the ideas to be kicked around, rejected and adopted in parts in many parts of the world.  The notion of personhood is a powerful one and can help to reassess the appropriate limits of our medical model of dementia care in this country.

People with dementia challenge us to engage with them on their terms, how we can do that is up to us, what we have to learn from them.  I have once or twice joked (yes, part of my penchant for jokes about death and dying and all manner of serious topics) that many people with dementia are people who are typically better than most of us at living in the present moment.

This is not to say that we ought to give up looking for some preventive measures or a “cure” for some types of dementia, this is a reorientation of the focus of care.  Our system of protective proceedings, in Colorado known as guardianship (for an incapacitated person), focuses exclusively on what the person has lost and is no longer able to do for themselves.  The substituted judgment which is the model for decision-making is based on a vague notion of “best interests” which purports to be some standard “out there” that is general and vague enough so that it could apply to most anyone.

Some things are refreshing when examined in a different perspective.  What about applying the “golden rule” (I prefer Rabbi Hillel’s version  “what is hateful to thee, do not unto thy fellowman”) in guardianship proceedings to determine who makes decisions and what type of living arrangements are appropriate?  The person-centered approach recognizes there is still a person there, albeit one affected by the ravages of dementia, but who is often able  to be “held in their identity.”  I think this approach and others like it have much to teach us – whether we work in the legal, medical, mental health or financial worlds – about how to live and what and whom to value.