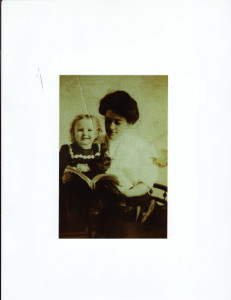 Detecting financial abuse or exploitation of an elder by their agent is not always an easy matter.  Recent studies show, however, that the vast majority of principals whose agents are misbehaving are persons who are not incapacitated.  This is good news because it means that the principal generally retains the right to “fire the agent” by revoking the agent’s authority to act.  So what are some things to look for?

Here’s a link to an interesting 2012 report from NAELA (of which I am a member) that responds to an inquiry by the Consumer Financial Protection Bureau’s request for information discusses a number of topics relating to elder financial exploitation and abuse.  The NAELA members’ responses cover several topics, including:  inadequacy of existing accountability controls to deter the misuse of senior advisor credentials; elders’ effective use of financial resources in their ability to select a financial advisor with the appropriate knowledge to address their specific financial needs (and an advisor who won’t sell them inappropriate instruments like high commission annuities) ; misuse of financial POA by family or friend was cited as the most common scenario for exploitation; maintaining eligibility for all government benefits – e.g., knowing the landscape where Veteran’s and Medicaid benefits overlap; and, fortunately one of the recommendations in the report was to establish mandatory reporting laws, which Colorado now has on the books.

Here’s a link to a recent article that cites to a major study of financial abuse. A few items worth noting from this include–

Other behaviors that are sometimes apparent in an exploiter’s behavior relative to an elder include when a new caregiver, friend, or relative distances the elder from their support system, to isolate the elder. Another scenario is where the agent convinces the principal, sometimes the agent him- or herself, and anyone else who will listen, that agent is the only one who is “looking out for” or “taking care of” the principal.  This can involve alienation of the elder principal from friends and other resources who could come to principal’s aid.  I think some of these behaviors are akin to those in the domestic violence context. Scary!

What are the options for action after sufficient evidence of abuse of the agent’s authority is uncovered?

One of the major factors in underreporting is the shame associated with being taken advantage of by a close family member.  For further reading, here’s an interesting post from the American Banking Journal entitled “Elder Financial Exploitation Compliance Issue Matures.

Finally, there are important ways that an elder law attorney can help with assessing a situation, referring to authorities where appropriate, and taking steps to stop the continuation of the financial abuse and toward remedying the situation.  The principal-agent relationship is defined by the Colorado Probate Code in the Uniform Power of Attorney Act.  The agent is a fiduciary on behalf of the principal, which means that the agent’s ability to act on the principal’s behalf means the agent is held to a higher standard of care, to act for the principal’s benefit, and with reasonable care, among other duties.  The fiduciary duty of an agent owed to a principal is just one kind of a number of fiduciary relationships.

Agents are generally prohibit from “self-dealing” or giving the principal’s assets to themselves.  Sometimes this self-dealing is due to the agent’s ignorance of their legal duties as agent or otherwise the mistakes are inadvertent or due to sloppy bookkeeping.  In other contexts, the agent can get a bit too comfortable with using the principal’s money as their own and the actions are intentional, to steal from the principal or otherwise improperly benefit the agent.  In both of these scenarios, proceedings can be brought in probate court to review an agent’s actions.

The probate court is a court of equity, which means they will generally look at surrounding circumstances – not just the technical compliance issues.  Judicial review and relief are available in the probate court, and because the Colorado Probate Code allows for a single proceeding for related matters involving a principal and an agent, this can considerably streamline a strategy to recover money misused or misappropriated by an agent, including the return of personal property.  Actions for accounting, fraudulent misrepresentation, undue influence and theft (I’ll be writing more about a 2014 Colorado senate bill that distinguishes further the crime of “use of influence to take advantage” of individuals aged seventy and older) can also be brought against the agent.  It’s important to distinguish here that an older person can still have capacity to manage their own affairs, but that surrounding circumstances can make the person vulnerable.  Besides monetary relief and return of property, a court can impose a constructive trust to benefit the exploited elder principal and other measures. In short, there are many useful tools that a privately retained elder law attorney can use to remedy a bad situation with a misbehaving agent under a POA.

Hurray – this is my 101st post on my DenverElderLaw blog!