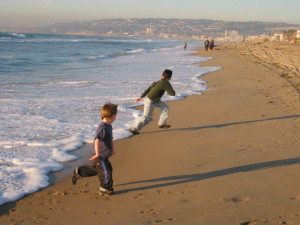 Proof of Having Lived

Death certificates as we know them are a fairly modern invention.  Like other records (baptism and marriage), they were commonly kept by local churches but with the rise of public health as a government concern, the records began to be documented by governments.  Now the records are kept by state departments of vital statistics – where birth and death records can be found.  Access to these publicly-held documents vary from state to state.  Some states (like Colorado) restrict access to such documents.

Keeping track of life and death with these documents – that totally begs the question of why we are born and why we all must one day die. This might lead to a bigger question.  How do we know we exist? Well, that depends. . . . that is where the word consciousness comes into play.

I do find very interesting the works of neuroscientists like Antonio Damasio and their very informative, but usually brain-centric notion of human consciousness. I think it is fascinating how our use of newly-found technological implements and measuring devices is being used (as in a large blunt instrument) to quantify and measure brain activity that sometimes passes for. . . .  consciousness.

Alright, I’m really getting off-topic here, so I’ll rein myself back in. We’re talking about the death certificate, that document that the U.S. started maintaining as vital records around 1900.  This is a much easier topic than discussing the nature of consciousness!

So, I’ll start with the usefulness of the certificate.  A Colorado certificate is broken into five different sections: information about the decedent (date of birth, death, social security number, occupation, years of education, etc.); names of parents of decedent and the “informant;” the method of disposition (signed by a funeral director or the like); information about the certifier (name of certifier, exact time of death, date of filing certificate, etc.); and the cause of death.  In the April 7, 2014 isuse of The New Yorker, Kathryn Schulz has a very readable article about death certificates entitled Final Forms – here’s a link.  Thankfully, I think we are largely beyond the days of the “vanity death certificate” where an otherwise not very socially acceptable cause of death was “prettied up.”

Based on its public health history, the death certificate can be particularly useful in explaining the cause of death.  This cause of death can sometimes assist in bringing criminal charges or pursuing civil remedies after a person has died.  An explanation of the cause of death usually includes different items. A Colorado death certificate has a space for “immediate cause of death” which contains, interestingly, an admonition to the certifier to not specify the “mode of dying” alone, but its cause. For example, for someone who died of aspiration pneumonia, it might list first “acute respiratory failure” then followed by “acute pulmonary embolisms and aspiration pneumonia.”

I think of the quote from Death Comes for the Archbishop, by Willa Cather:

I shall not die of a cold, my son.  I shall die of having lived.

The death certificate is most of the time more specific than this quote.  However, I have seen listed as a cause of death on a couple death certificates in the last few years something known as “global geriatric decline.”  This strikes me as quite similar to the quote above about dying as a result of “having lived” (a really long time).

Each state has its own form, but the U.S. Centers for Disease Control has a form that is a standard.  In case you’re tired of reading and would rather watch TV, here’s a link to a Frontline program on Death in America.

A physician, a coroner, two registered nurses (if certifying in a hospital), and other specified personnel (with exceptions for disasters).

What does the death certificate say?

The signing authority basically verifies the identity of the person and the cause of death.  This can sometimes be a tricky matter.  I recently read what I would consider a fairly badly written death certificate of someone who died in a skilled nursing facility.  It stated three causes: global geriatric decline (which perhaps may include that broken heart of the survivor who sees their spouse of 50+ years predecease them) (in case you think I’m making this up, here’s a link to an FAQ about “broken heart syndrome” from Johns Hopkins School of Medicine.

What about an autopsy – how often is that performed?

Not very often! Recent figures from the CDC, from 2007, indicate that autopsies were performed in just eight percent of all deaths.  Autopsies are invasive, and while a decedent’s cause of death may be evidently caused by some form of poisoning, a toxicology report may be used to clarify what poison caused the death.

I have been asked by a surviving adult child about what is done with the information listed under the cause of death – specifically whether a life insurance company might use the information to deny life insurance coverage to the adult child of the decedent.  Due to the nature of the cause listed, I responded with a “no,” but now that I’m writing this post there are several science fiction movie plots that are coming to mind . . .  is that in our future?  I know there were many such concerns with the beginning of the Human Genome Project.  At least some of them have been resolved. . . .

So, to conclude, the death certificate is useful in many ways.  But don’t get me wrong, I don’t think the death certificate is proof of being alive at some point, just of having lived. . .   and one last reminder on this topic – April is donate life month.  If you haven’t yet signed up to be an organ donor through your DMV, here is a link with more information about those lifesaving donations.