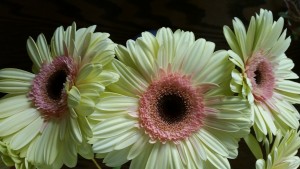 Here’s another article about a bill making its way through the Colorado legislature.  If the title sounds obscure, it’s because it’s designed to address a rather tragic situation which infrequently occurs but has terrible repercussions.  A “protected person” in this context is a person known as a ward in a guardianship proceeding, one who is incapacitated and who has a guardian appointed to make decisions on the protected person’s behalf because they are unable to make decisions and otherwise manage their own affairs.

Here’s a link to the bill, SB 16-026.  The bill is more popularly known as the “Peter Falk” bill because it concerns the late actor’s daughter, Catherine Falk, and her efforts to promote legislation that would make it easier for children of protected persons (like those under a guardianship) to challenge the monopolization or limitation by a guardian upon access to the protected person by the protected person’s family members.  The tragic scenario in the Peter Falk case was that Peter Falk suffered from dementia in his final years and his wife, Catherine Falk’s stepmother, was estranged from Peter Falk’s daughter.  Falk’s wife prevented Falk’s daughter from visiting her father and so she took her battle – an expensive one – to court in California.  Catherine Falk later organized her own effort to ensure that this type of scenario would not happen again, not just in the state where her father resided, but she made it a nationwide effort.  Visit her website here, which shows the ten states whose legislatures are currently considering the legislation.

If you think this kind of scenario would only play out for a celebrity, well . . .  think again! A large proportion of us, particularly us baby boomers, are in second marriages or otherwise part of a blended family – with all of its particular and unique personal dynamics.  According to this study by the Pew Center, remarriage is on the rise for Americans aged 55 and older.

I do estate planning for many blended families.  While many of the shrinking number of “Ward and June Cleaver” families (long marriage, children in common) would not consider this type of scenario to be likely to occur, as the baby boomers and our core complicated familial arrangements get on in years and continue to change, the Peter Falk bill presents an opportunity to curb restrictions which a guardian may place on who may visit and interact with “their ward.”  I have a hunch that more of us in my line of work are likely to encounter this difficult and sad scenario.

As we continue to live longer and grapple with more encroachments on our capacity – in the form of dementia and other physical, cognitive and psychological challenges, we will likely confront these difficult issues more frequently.  The debate about limitations on guardianships – of rights retained by an incapacitated ward, as well as the limitations on the authority of the guardian – are difficult issues with which people and courts must certainly grapple.

I will close with an observation from a favorite poet.

The great secret of death, and perhaps its deepest connection with us is this:

In taking from us a being we have loved and venerated,

death does not wound us without, at the same time, lifting us

toward a more perfect understanding of this being and of ourselves.