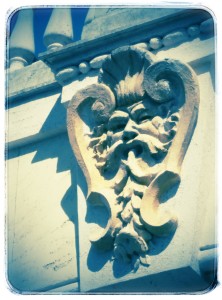 A couple weeks back, I posted an update on the proposed End of Life Options Act, a bill in the Colorado legislature which has since died (presumably of natural causes).  There is concern that some version of the bill will make it onto a ballot to become law by other means.    For this reason, today’s post will go into a bit more detail about the concerns I raised about the implications of having no reporting requirements for such a law and concerns I have with regard to the safety of some vulnerable elders.

Colorado’s mandatory elder abuse reporting statute defines an at-risk adult as “any person who is seventy years of age or older or any person who is eighteen years of age or older and is a person with a disability.”  Colo. Rev. Stat. §18-6.5.102(2).  The only reputable (US Census based) internet fact I ran across about this population was for persons 65 and up, who in July 2014, were estimated to be 12.7% of the population of Colorado.

From a civil rights perspective, aspects of elder abuse prevention statutes can often seem paternalistic.   Much of the research that could be done on the subject is problematic because of ethical and methodological problems.  Collecting information about elder abuse may publicly expose cognitive, physical, mental and social vulnerabilities and the collection of such information could have negative implications in the form of legal, financial or social consequences for both the elders and caregivers and others who might participate as part of a study.  I mention this because the vast majority of elder adults are competent and retain capacity, at least in the eyes of the law.  The implication of these observations is that we really don’t have solid numbers about how many perpetrators and victims we are talking about.  As an elder law attorney, I can say that it is extremely difficult for an elder parent to call me (or adult protective services) to report abuse or exploitation being perpetrated by an adult child or family member of the elder.  Suffice it to say we don’t really know, and may never have a very firm handle on how many elders are affected as victims of exploitation and abuse.

When you couple this with the lack of any reporting requirement for a physician assisted death law, it would not be possible to track the numbers of vulnerable elders who might fall prey to an abuser’s or exploiter’s plan to hasten someone’s demise so that they might inherit something from the elder.  Enter the slayer statute.  Here’s an article about “disincentivizing” elder abuse.  Keep in mind that elder abuse statutes have criminal penalties.  There are of course distinguished from civil remedies, which can provide other types of relief.

The Slayer Statute – A Modern Law with Ancient Origins

If you’ve never heard of a slayer statute, you’re not alone! It’s both obscure and ancient.  Before there were any state “slayer statutes” there was the common law slayer rule.  Its origin hearkens back to the first known remedial law code in human history: the Code of Hammurabi.  The Code of the Babylonian king was inscribed on a stone pillar (called a stele) and installed in a public place.  It was a combination of legal principles and history.  Most of us are familiar with the axiom “an eye for an eye and a tooth for a tooth” as some precept of retributive law in the form of revenge as recompense for personal harm, but it is much more likely the expression has been badly misinterpreted and taken out of context.  It is probably much more closely aligned with other commentary in the code which describes the value of certain personal injuries in terms of repayment.  In short, it was a code of remedial law – akin to modern day worker’s compensation and tort law.

The principle from Hammurabi’s code is that “a killer cannot profit from his wrong.”  The common law rule, nullus commondum capere potest de injuria sua propria (no one can take advantage of his wrongdoing) forms the basis of the historical slayer rules and subsequent statutes, preventing slayers from inheriting from their victims.

Probably the most well-known case (from law school) to articulate a slayer rule is Riggs v. Palmer, 22 N.E. 188 (N.Y. 1889). In that case a grandfather had executed a will leaving small portions of his property to his children and the remainder to his grandson. The grandfather subsequently married and stated that he intended to change his will to include his wife. The unhappy grandson caused his grandfather’s death in an attempt to secure his portion of the estate.  The court held that grandson was disqualified from inheriting because of his action and relied on the grounds of moral equity to articulate a slayer rule in American jurisprudence.

Forty-seven states have slayer statutes. Colorado is a Uniform Probate Code state, among many other states which have adopted that version of the slayer statutes.  Colorado’s is codified at C.R.S §15-11-803 and contains both a criminal and civil provision for determining that a felonious killing has occurred such that a slayer/felonious killer is prevented from inheriting from the person whom they slew. 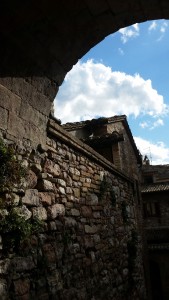 After my recent post about this bill in the legislature entitled the Colorado End-of-Life Options act, I was contacted by someone who was concerned that I had omitted some very important information about the proposed legislation.  I am posting further on this topic to provide more detail about the legislation and also to express my concern, as an elder law and probate attorney, about the particular implications of those important details – which I missed the first time around.

The bill contains no requirements regarding documentation and reporting of any of the processes described in the bill.

This is a big departure from the 2015 version of the bill – which contained provisions concerning reporting and documentation for the public health record (Colorado Department of Public Health and Environment) or the patient’s medical record.

Why is this a big deal?

Other states with similar legislation have documentation, reporting and review requirements.  This is for several good reasons, but the two with which I am concerned – protecting a vulnerable population of elders at risk of abuse safe from potential coercion and ensuring their consent to end their lives is one with consent given which is sufficiently sound and documented.  This reporting is to keep track of the many important details surrounding physician assisted death (PAD).  Without reporting requirements, there will be no way to know how the state’s PAD is working or not working.

Elders and vulnerable elders (as defined in Colorado’s mandatory reporting of elder abuse or exploitation law) have not generally been at the forefront of the PAD movement.  However, much of our death-denying and youth-glorifying culture is obsessed with the fear of losing one’s autonomy, losing control over one’s choice – and these fears factor substantially in the PAD debate.  As a civil rights issue, PAD focuses on self-determination and autonomy to allow for an individual’s decision to end one’s life with PAD.

My concern is that a population of elders could be coerced and exploited into ending a life prematurely and without documentation and reporting requirements for PAD, there would be no information to document many important details surrounding  a patient’s death with PAD.  I believe this situation could be used by someone looking to benefit themselves by a terminally ill elder’s PAD.  So what am I talking about . . . really?

In Colorado, we have a “slayer statute,” codified at Colo. Rev. Stat. § 15-11-803.  The statute generally prevents a slayer from profiting from their act of killing another.

Many exploiters of elders use tactics not unlike those of perpetrators of domestic violence.  These can include: isolating an elder from their loved ones or community members so as to make the elder dependent on the abuser; controlling basic life activities like provision of adequate nutrition, sleep deprivation or medication mismanagement; and devaluation of the elder’s dignity and personhood through words and action.

The state of Washington, which has a physician assisted death law as a result of a ballot initiative, also has a “slayer and abuser” statute, which is a rather unique combination.  The Washington slayer statute was amended to extend the slayer statute’s application to prevent financial abusers of vulnerable adults from acquiring property or any benefit from their victim’s estate.  This amendment was done during the pendency of a will/living trust challenge proceeding brought by the adult children of an elder against the elder parent’s surviving spouse, a second wife fifty years the decedent’s junior.  Here is the Washington Supreme Court’s en banc decision in In re: the Estate of James W. Haviland, which concerns this tragic exploitation.

The linking of slayer statutes and elder abuse laws is a relatively recent development.  One aspect of the link is the massive transfer of inherited wealth that has been underway for several years now.  The sad fact is, some folks simply don’t want to wait for the uncertain date when someone dies to inherit from the person.  In my line of work, these folks are referred to as “impatient heirs.”  The vast majority will not resort to violence to accomplish their goals, but it can be difficult to determine this in many circumstances.  Here’s a link to an abstract of a recent article on Expanding Slayer Statutes to Elder Abuse in the Journal of the American Academy of Psychiatry and the Law.

Why am I combining these two issues – the Slayer Statute as it relates to elder abuse and the lack of documentation and reporting requirements in the 2016 bill?

I don’t think it is too far of a stretch that, if this “End of Life Options” bill were to become law and not provide for ANY record-keeping, documentation for either the individual’s medical record or for the public health record, that this lack of information and reporting could provide a potential avenue for death-hastening abuse of an at-risk elder, who happens to be terminally ill and whose health status otherwise falls under the purview of this bill.  The process described in the bill, devoid of any reporting requirements, opens up a vulnerable population to be exploited by an abuser such that the cause of death could be determined to have been at the terminally ill person’s own hand . . .

In short, I believe the Colorado bill’s lack of safeguards, which could otherwise serve to prevent coercion and consent, fall dangerously short as it relates to the population of elders.  For more information about other states’ existing laws, take a look at the Colorado Health Institute’s piece from January 2016 on this topic.

Here’s a recent and well-reasoned Denver Post article on this topic that focuses on the bill’s lack of requirements for oversight, documentation or enforcement.

This debate is also happening in other parts of the US where similar bills have been introduced.  Here’s a recent article about the assisted dying debate in Canada, where there is a new federal assisted dying law.  I will close for now, but will likely be writing posts to update this very controversial topic.