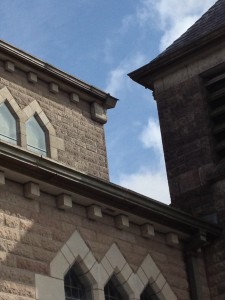 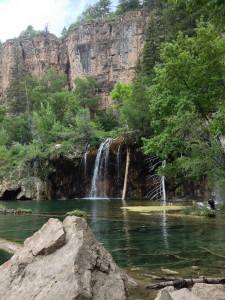 A general durable power of attorney (POA) is an arrangement where one person (the principal) appoints another person (the agent) to act on behalf of the principal regarding matters specified within the scope of the POA.   Under Colorado law, powers of attorney executed after Jan. 1, 2010 are by default “durable.”  What makes a POA durable is that it can survive the disability or incapacity of a principal.  A POA is an important tool people can use to allow others to assist them in the event they need help managing finances.

Sometimes I represent a principal whose agent under their POA is behaving badly.  What I often find with POAs is that very few people who have executed them (the principals) really understand how the document is designed to work.  Compounding the problem is the fact that many of the agents acting under POAs do not have a grasp of how they are to perform as agents and they are unfamiliar with the kind of obligations they owe to their principal.  I will use some examples to generally illustrate this kind of situation.

What Can Happen with an Ill-Informed or Rogue Agent:

What the Law Says:

From this perspective, I see many disadvantages of a DIY (do it yourself) POA document.  When I prepare durable POAs for clients, I make sure there is the requisite level of trust that the principal has in the selected agent.

It is important that, if you do hire an attorney, they give you adequate information about the importance of naming the right person (especially about avoiding the wrong person) as agent.  As principal under a POA, you may also want to consider whether it is approrpiate for your attorney to be able to speak with your agent about using the POA – that typically requires a waiver of the attorney-client privilege.  Confidentiality is a hallmark of the attorney-client relationship.  If one of my clients, for example an elder principal who executes a POA, answers yes to my question about whether it is okay to speak with his or her adult child agent about how to execute the principals’ wishes according to the POA, I do my best to ensure the client understands what that means and I get that consent in writing.  If you are interested in more of the technical aspects of the fiduciary relationship owed by an agent under a POA to the agent’s principal, read my colleague Dennis Whitmer’s article here.

To assist in actually using the document for its intended purpose, I typically give my POA clients an instruction sheet so that when the client (the principal) talks to their agent about what they want done and under what circumstances they should act on principal’s behalf, the agent will have some instructions about things they must do for the principal and actions they must avoid.  I usually tell clients that I hope they never have to use their POA, but in the event it is needed, it is important that it be “ready to go.”

Mismanagement and abuse of authority by an agent acting under a POA is a problem.  Many elders feel ashamed to talk about the harmful actions of an adult child, and sadly, this can contribute to the loss of security and further isolation of an elder principal.   If you suspect that an elder is suffering financial mismanagement, exploitation or abuse at the hands of an agent under a POA, it is important to know that you can help – don’t wait until it is too late.   The Colorado Coalition for Elder Rights and Abuse Prevention has a helpful website with links to resources.  In addition to criminal penalties for abuse of a POA, there are also civil actions available for redress by a wronged principal.  In a recent trial (March 2013) in Jefferson County district court, a jury returned a verdict in favor of the plaintiff (principal of a POA) who sued her (agent under POA) daughter for abuse of a POA by transferring her mother’s interest in a house to herself.  On claims for civil theft, breach of fiduciary duty, breach of contract and unjust enrichment, the jury found for the plaintiff on all claims and plaintiff was awarded attorney’s fees and costs.  (Hoit v. Newbrough, 11-CV-5117)