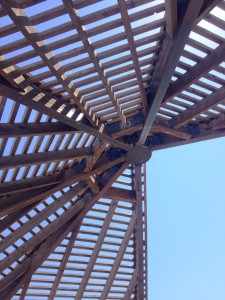 At the Chatfield Wetlands

This is the continuation of my previous post about the Colorado House of Representative bill on physician assisted death, on the topic “Concerning a Terminally Ill Individual’s Freedom to Make End-of-Life Decisions, a/k/a the “Colorado Death with Dignity Act.”

If you’re curious about the debate in other parts of the world, here’s a link to a recent article in The Guardian.  And here’s a New York Times article from last year on the topic of “aid in dying,” as there are variety of names for what is collectively physician assisted death (PAD).  Well, back to the Colorado bill.

I will continue in this post with some of the concerns I have with the proposed legislation – from the standpoint of what is in the bill (terminology) and how it works (philosophy).  I have difficulties with the term “informed decision” and how it relates to the principle of informed consent – the process for getting permission for a patient prior to conducting a healthcare intervention.  Based on the definition in (7) of section 25-47-102, this “informed decision” doesn’t look like informed consent.  What is it that the doctor advising a patient about this life-ending process must advise their patient? Some of it is informed consent, but it seems to be bigger than that and only for purposes of this legislation.  This is vague and troublesome indeed.   Can’t we just call it informed consent for ending one’s life? Will that agitate the medical community? This is another unsaid conflict that should not go unnoticed in this bill.

One of the stated concerns relating to a person’s capacity in this bill is that the person be “capable” and not otherwise suffering from a depression-impaired ability to make an informed decision.  This bill seeks to pigeonhole diagnoses, to impose clarity in another rather gray area.  There are some terminal diseases, like Parkinson’s, which often have a psychological or psychiatric component that cannot be easily extracted from the disease itself.  In my experience, I have seen disability insurers seeking to exclude from coverage a person with a diagnosis of Parkinson’s disease because those persons often also have a diagnosis of depression that accompanies Parkinson’s.  I use this by way of example only, to assert that it is not at all simple for any health care provider to extract a psychiatric or psychological disorder such as depression (as stated in the bill at section 25-47-107) that accompanies a diagnosis or prognosis or course of disease progression from that which impairs one’s ability to make an informed decision.  There is a psychosocial component to many terminal illnesses, you can read more here about treating depression in advanced cancer.

This goes back to the rather slippery nature of the informed decision versus informed consent distinction.  The medical-technological focus on dying in this bill is on death not as a natural process of life but as a medical problem.  I believe this is in large part what perpetuates the avoidance and the denial of death in our culture.  Using emotional restraint, facing death stoically and by deciding bravely to “assert control” to foreshorten any disturbing developments of the disease progression or any needless suffering are all bureaucratic way of making death “ordinary” in the sense it happens to us all.  This extends the social isolation of the dying person, making their suffering worse, a dying person is in this way of thinking simply a useless reject of a person.  The “brave choice” of a person in this context converts the life-ending decision into a glorified act of autonomy.  The individual’s decision is theirs alone.  This approach of physician-assisted death (PAD) stands in contrast to the family unit or community based models of hospice and palliative care, which seek to lessen pain, maximize quality of life for the dying and hold those persons in their identities.  In this respect, PAD becomes a means of the individual’s attempt to fight back against the ignominy of illness, of life-robbing disease which compromises one’s social identity.  I don’t buy it!

Another problematic inclusion is the family notification provision in section 25-47-109.  I am not sure why this in the bill. I don’t really understand what its point is, it seems to be about the doctor recommending some kind of reconciliation if the patient is estranged from his family, which may have nothing to do with patient’s decision to end his life with assistance from a doctor. It seems to hint at including the family in a person’s decision, but it is a feeble attempt at such.

The last point I will raise specifically about this bill, is its reference in section 25-47-103: “Individuals permitted to request life-ending medication”

(1) that an individual is qualified to make such request for life-ending medication if the individual is (a) an adult; (b) is capable; (c) is a Colorado resident; (d) is suffering from a terminal illness. . . and (e) has voluntarily expressed his or her wish to die.

(2) “A person does not qualify under this article solely because of age or disability.”

This seems to be saying in (1) that those whose quality of life was fully autonomous and who suffer from a terminal disease which implicates that autonomy, by its diminution by degrees, or by an aversion to “suffering” or one’s inability to “control” it – those are the persons who are likely to avail themselves of the life-ending process, for whom this legislation is designed.  It implies in (2) that the disabled and elders who are perceived as “dependent” on others or with some diminished quality of life and whose lives are often pitied by the “young,” able-bodied and independent, would otherwise qualify for life-ending medications based on some perception of the disabled or elder’s quality of life.  I do not imply here that there is any unified voice of the disabled community or of elders voicing an opinion about this, I find this language offensive.

More indifference to the suffering and social isolation of the terminally ill and dying persons is not the answer.  To hasten the demise under the banner of the socially acceptable terms of “autonomy” and “dignity” is not a way of de-medicalizing or re-humanizing the dying process, rather the PAD is a feeble attempt to make death “less threatening” and I just don’t buy it.  The lack of ritual around dying, along with the absence of any recognizable system of meaning around dying and death has resulted in the further isolation and stigmatization  of the terminally ill or dying person.  This bill to allow PAD does not promote death with dignity, rather it offers the socially acceptable perpetuation of the illusion that death con be contained and controlled and need not be “disturbing.”

Update from Friday Feb. 6th’s evening legislative activity: The House Health Committee voted to kill this bill (HB 15-1135) on an 8-5 vote.  Two of the Democrats on the committee joined the Republicans to oppose it.