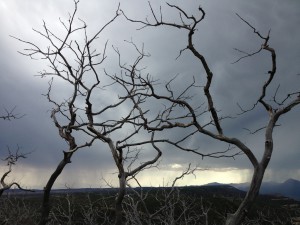 Most people don’t want to think about death and dying and the digital afterlife is part of the denial-based mindset that is widely accepted in our culture.  Recently I read an interesting article in the September/October issue of Scientific American Mind entitled “managing Your Digital Afterlife,” which discussed, among other things, how we genuinely grieve using an online medium.  I think to the online obituaries that are now commonplace and the messages left in a guest book at such sites. Perhaps you have heard of CaringBridge, a nonprofit  online community where terminally ill people and family members can get support (by helping friends and family organize meals, coordinate care, etc) and people can post updates on health events and other developments via journal entries.  I know people who have used it and it is a great way of staying in touch and offering care and support when people really need it.

Enough time has passed now with the biggest psychological experiment ever (a/k/a the internet) for studies to have been done about using it as a venue for grieving.  The article talks about how Facebook users interacted with the digital remains if you will of a decedent, returning to pages on anniversaries, birthdays and other events as a way to keep the memories of that person alive.  It makes me think of the memorial prayer – that says we are not gone until we are forgotten.  How will online grieving open us up to grieve in new ways, to forge new social support for survivors and maintaining a sense of connection with a deceased loved one or friend?

The Well of Grief, by David Whyte

Those who will not slip beneath

the still surface on the well of grief

turning downward through its black water

to the place we cannot breathe

will never know the source from which we drink,

the secret water, cold and clear,

nor find in the darkness glimmering

the small round coins

thrown by those who wished for something else.

(from the 1992 CD entitled Close to Home, with special thanks to John L. for sending the CD of David Whyte’s spoken poems to me)

One of the biggest interferences with the grieving process that I see as an estate lawyer is when a person passes away and the grieving survivors have no idea where to find important information, accounts and contacts and often have no idea where to look.  For those reasons, organizing information is an integral part of the estate planning process I undertake with clients.  So what can we do with these complications when it comes to digital assets and digital remains?  What is it that we can leave behind online when we pass away?  What kind of property is it?  To whom does it belong? The legal issues arise out of a lack of clarity of answers to these questions and this can have adverse effects on the grieving process.

Digital property is not easily defined, as it depends on what the matter is, how it is used, and so on.  This is both a nascent and evolving area of the law.  So far only six states have digital asset laws that are part of their probate code.  Colorado is not one of them.  The Uniform Law Commissioners  are working on a uniform law in this area, which seems like a natural for uniform law adoption – the digital commons involve both state and federal laws.  I have drafted powers of attorney which cover several types of digital property and digital access, but the law in this area (access to an incapacitated persons digital property and accounts using a power of attorney) is less than clear.  Not even the finality of death seems to clarify the nature of a decedent’s digital assets.  Stay tuned for further posts on this topic.