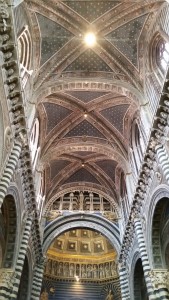 I’m returning to the theme I introduced a couple months back about successful elderhood and its obstacles.  Today I’m looking at institutionalized care of American elders and in particular the costs versus care conundrum.

I recently came across two unrelated articles in the space of a single day and immediately saw a connection.  The first was this article from the New York Times, about the privatization of InnovAge, formerly a not-for-profit (which used to be known as Total Longterm Care) in the Denver area and the second article from the ABA Journal, about how the imposition of routine fines having little or no impact on deterring abuses at skilled nursing facilities.

Keep in mind that skilled nursing facilities (nursing homes) are some of the most regulated business in this country – regulated by both the feds through Medicare and Medicaid, as well as by state licensing and regulatory authorities.  Do these regulatory regimes lead to better outcomes?   The ABA Journal article would tend to weigh in on the “no” side of this answer. . .  That seems to be an open question, particularly in light of the shocking circumstances surrounding the death of a young mentally ill woman in SNF care – Letasha Mims, as described in the ABA Journal article above.

As an elder law attorney, I am aware of and often share the information collected by different state and local agencies about violations at nursing homes.  In case you’re wondering about Colorado nursing homes, here is a link to the CDPHE’s page about licensing and deficiencies.   Medicare has a handy tool to compare nursing homes here. You can enter a zip code and compare facilities quickly.

The story of Letasha Mims, however, makes me question the helpfulness and accuracy of that information collected by our regulatory agencies.   But the lingering question is a difficult one: when an elder or disabled person lives in a SNF which is a for-profit business, there is a nagging question about the adequacy of staffing at those facilities.    I am thinking of a recent book I came across – Elder Care Journey, (published in 2016 by SUNY Press) by Laura Katz Olson.  What Olson confronted in managing her elderly her mother’s care is something that faces each of us who has ever had to make the difficult choice of arranging for the care of a family member, like an elder parent, in a skilled nursing facility.

Olson writes eloquently about the personal journey of getting the best care for her frail mother, but what is most relevant for this discussion is the penultimate chapter of the book entitled “Peeling the Onion.”  In that chapter she looks at the system of care for elders including skilled nursing facilities (nursing homes).   She writes that the 2012 statistics indicate that sixty-nine percent of SNFs are for-profit organizations (mostly chains), but she reports that there is a recent trend toward private equity firms (like the one which is reported to have purchased InnovAge above) buying SNFs.  Olson notes that private equity firms have goals that include making quick profit so the business can be sold for a profit within five years; typically have protections against liability for substandard care which relate to the individual facility and not the chain which is the parent of the SNF; and private equity firms, unlike publicly traded companies, have little transparency about the inner workings of their assets, profits and ownership.  These important details don’t just seem to be at odds with providing adequate care, and they will likely contribute to a burgeoning number of substandard care.

Olson quotes at 152 (a 2001 study in the American Journal of Public Health) that “rates of severe deficiencies in investor-owned facilities were 40.5 percent higher than at nonprofit homes and 35.8 percent higher than at public homes.”  What will the numbers be for the present situation? This will likely be a topic of a later post. P Perhaps a relevant question for an adult child or anyone researching placement at a skilled nursing facility is the simple one of whether it is a for-profit facility and if it is, whether it is publicly-held or owned by a private equity firm.  Profit maximization for investors does not seem to be consistent with providing good care for our frail elders.

I focus on the SNF because of the institutionalized nature of such a facility and the relatively high level of medical care which is supposed to be provided.  And if you were hoping that Medicare was somehow an equalizer when it comes to insurance care for elders . . .  think again!  There is a growing shortage of doctors, particularly primary care physicians for elders, who take new Medicare patients.  For those elders in hospitals who are suffering from terminal conditions, here is a recent article from Health News, which addresses the shortage in hospitals of palliative and hospice care medical teams who are trained to discuss end-of-life issues, effectively manage patients’ pain and otherwise address the emotional and spiritual needs of those at the end of their lives.  There just isn’t enough money in providing palliative care under our Medicare program of incentivizing big intervention and the low-tech, high touch, human-fueled intervention of hospice and palliative care providers.  This reminds me of Atul Gawande’s observations in Being Mortal and Katy Butler’s book about her father and his health crises, Knocking on Heaven’s Door.

And what about Medicaid, that government long term care program that many people are curious about for their elder family members . . . Some studies have demonstrated worse outcomes for those Medicaid patients – whose doctors receive only a fraction of what other better insured patients receive.  Medicare patients didn’t seem to fare much better.  In case you’re wondering whether this divide continues, here’s an article from last month about worse outcomes for Medicare and Medicaid myocardial infarction patients.  We are spending money for these Medicare and Medicaid services, yet so many of the needs of the people receiving these services goes unmet . . .  what gives?!

Sorry, this post appears to be largely about obstacles, but perhaps they are placed before us so as to clarify what it is we need to fix for our loved ones and for ourselves.  Er, maybe this is an opportunity after all – but only if we make it one.  One thing is certain – it will not be an easy fix.