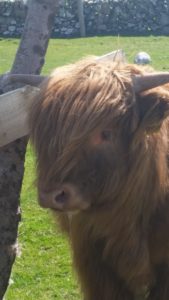 WEEAD is Friday! If you want to show support in social media for this day, try this Thunderclap link to add your voice.  I write this post after a move to a new office, which is comfortable and spacious, where I am nestled amidst tenants who are friendly and engaging.  It has happens to be just a few blocks from where I attended junior high school.

Community has many definitions depending on the various contexts of our interactions with each other and where we are interacting with each other.  A big part of community is seeing the other person and being seen by another. Being seen is something we take for granted.  Last week, a man hid himself under the front of a public bus, which then dragged the man’s body nearly half a mile until coming to a stop.  This took place on the street where my office is located, right in front of my office window.  But I didn’t see it happen.  The bus driver obviously didn’t see the man, which ended in the man’s tragic death.  It seems that our ability to see one another is becoming increasingly more difficult.

In our world, seeing is a precursor to engaging with the other.  Engagement can lead to effective participation.  Take a look at this link to The Road to Elder Justice Virtual Art Gallery with many beautiful expressions of what elders contribute.  On this WEEAD, events are scheduled in nearly every state to raise awareness.  Check out this event organized by the Boulder County Area Agency on Aging.  Here’s a link to a Facebook Live broadcast today at 5:00 p.m. MDT about how the Office of the Inspector General at the Social Security Administration detects and prevents suspected elder financial exploitation  and how people can protect themselves and others from mistreatment.

A question follows: what do we see about elder abuse and how do we see it?

One helpful resource has identified the beliefs about elder abuse as “the swamp:” which includes limiting beliefs (often mistaken for conventional wisdom…) such as:

modern life is the problem – we simply don’t care enough about older people so caregivers are pushed to the limit and older people are devalued;

there are not enough resources for any solutions – there is not enough money for prosecution and surveillance of perpetrators, or raising awareness and education about elder abuse to help recognize it or for providing support for caregivers and as a result, nothing can really be done;

the individuals affected are really the problem – perhaps these elders had it coming as payback, many older people are difficult to deal with or have personal weaknesses, the perpetrators are greedy, lazy, opportunistic, or bad people who cannot be deterred, and we’re either all responsible for it or no one is;

elder abuse is vaguely defined and hard to recognize for many people – elder abuse as such is not acceptable, but many forms of neglect don’t qualify as abuse, including sexual abuse of elder women.

This ”swamp” thinking described above is hardly “thinking”, as these represent only relatively common types of limiting beliefs like: universalizing a problem to inflate its significance and make “solving” it impossible; personalizing elder abuse to make it only about certain types of individuals who are affected; catastrophizing it so that the only “response” can be hand-wringing; and making unrealistic or false distinctions about what is acceptable behavior and what is not so as to make identification of the real problem impossible.

Like the “swamp thinking” above, many of us have unexamined beliefs about what it means to be “old.”  These beliefs can reflect scarcity beliefs and thinking about the world each of us lives in.  Those beliefs can dictate what we see in elders and how their role in society is marginalized. In this respect, the marginalization of elders as a kind of “lesser than” or “has been” segment of our culture and economy becomes a kind of collective self-fulfilling prophecy.  Sociologist Robert K. Merton coined that phrase in 1948 with these terms:

Looking at the relationship between our diminished expectations of what is possible in elderhood and what we expect to see, based on our expectations, generally leads to …  These expectations become the self-fulfilling prophecy, for ourselves and for others.  But, this challenge becomes an opportunity to change our perspective and change our minds.

There are good resources available that help us to reframe the story of elder abuse from one based on inevitable decline, vulnerability and victimhood to a story from a different perspective, reframed to tell of empowering ourselves and elders to engage with and participate in pro-social activities designed to strengthens the ties which already exist – instead of disowning them because of some of the difficulties we have come to experience.

I will write more about pro-social behaviors we can nurture and support to prevent elder abuse – as individuals and collectively.